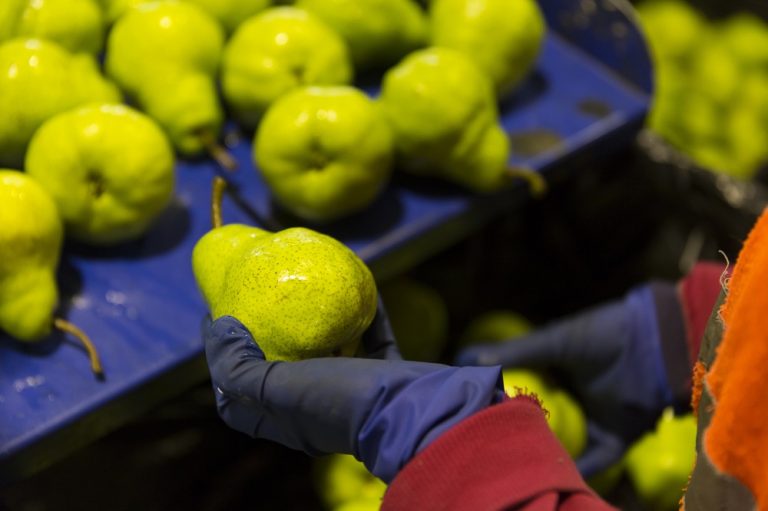 Ben Doherty’s article in Thursday’s Guardian is headlined “Hungry, poor, exploited: alarm over Australia’s import of farm workers”. It sounds like it is going to be an article on backpackers. Most of Australia’s foreign farm workers are backpackers (officially Working Holiday Makers) from overseas. But, no, you won’t find a word about backpackers in this article. It’s all about Pacific seasonal workers, even though there are about ten backpackers working in horticulture for every Pacific seasonal worker, as the graph below from one of my earlier blog posts shows. 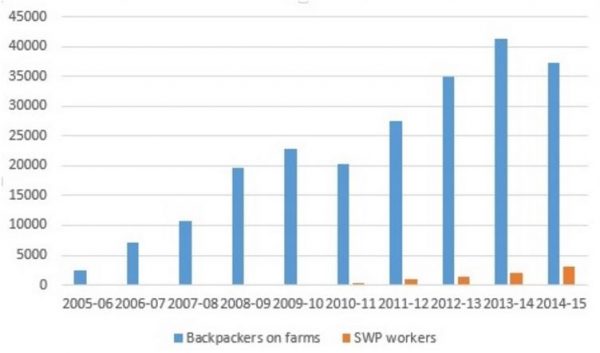 It’s pretty odd to write an article about foreign farm workers and then exclude the vast majority of them. It’s even stranger when the article is about worker exploitation, and research has found that backpackers are more likely to be exploited than seasonal workers.

There is no mention in Doherty’s article of the 2016 Fair Work Ombudsman’s report into backpackers, which focused on regional Australia, and which found “serious concerns about [their] working conditions.” In particular, backpackers are dependent on employers to certify that they have worked for three months on a farm in order to entitle them to a second year’s visa. As the Ombudsman notes, that puts them in a “precarious position” and “vulnerable to exploitation.”

Nor is there any reference in The Guardian article to the latest academic research on farm workers, the Adelaide University February 2017 report “Sustainable Solutions: the future of labour supply in the Australian Vegetable Industry” (unfortunately not available free online, but available for purchase here). It is based on a national survey of over 300 vegetable growers, as well as interviews, including with workers. Finding eight of the report on page 21 is that “The SWP [the Pacific Seasonal Worker Program] results in less exploitation of workers.” Less. The report continues: “The design of the SWP means that less incidents of worker exploitation have emerged when compared with other low-skilled visa pathways [i.e., backpackers].” Farmers who employ seasonal workers “are more aware of the legal obligations” and “more aware of the risks involved if workers are exploited.”

Employers have to jump through numerous hoops if they want to hire seasonal workers. They require government permission, which can be removed at any time. Unions have to be informed. Reports have to be written. None of this is true with backpackers.

There are cases of abuse involving seasonal workers, and Doherty mentions a few. But, as I’ve argued elsewhere, the occurrence of abuse does not itself mean that the SWP needs to be regulated even more tightly. This would further drive down its use and increase reliance on backpackers. Rather, we should look for system-wide reforms, in particular, as I have repeatedly argued for, and is now starting to happen, the licensing of labour hire companies. This would protect both seasonal workers and backpackers.

A reformed, less exploitative horticultural sector would be one with more, not fewer, seasonal workers from the Pacific. Our horticultural sector will always be dependent on temporary foreign labour. Temporary foreign labourers are always susceptible to exploitation. To respond to the urgent task of reducing exploitation, we need to get more of our foreign farm workers from a regulated labour source (more seasonal workers) and less from an unregulated one (fewer backpackers).

Professor Stephen Howes is Director of the Development Policy Centre.