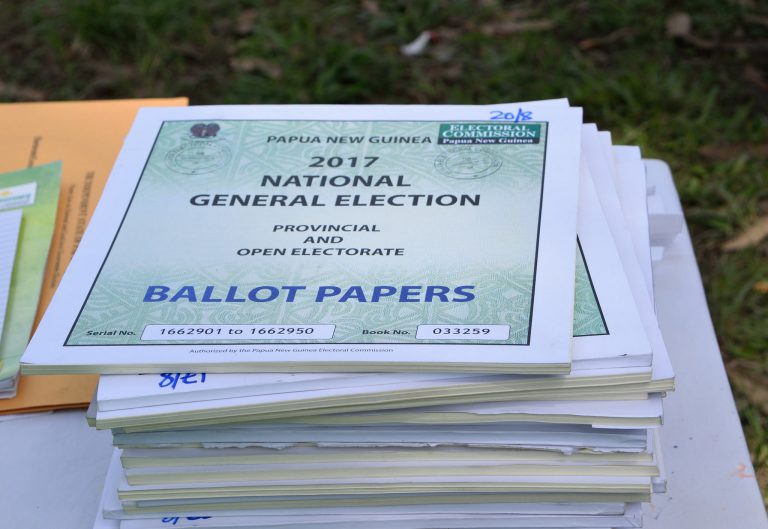 What can Australia do to help with elections in PNG?

For decades Australia has been at the centre of international efforts to improve elections in Papua New Guinea. Australia has spent almost US$60 million since 2002. Despite this, the 2017 elections were blighted by a frightening pack of problems. Given PNG’s electoral woes it is tempting to conclude aid hasn’t helped. Tempting, but mistaken. Elections may not be good in PNG but good is not the right yardstick for aid success in this area. The appropriate yardstick is vis-à-vis a counterfactual of no international help. As I described in my first post, Papua New Guinea’s domestic political economy produces forces that are at odds with well-run elections. As I discuss in this paper, international engagement has served as a countervailing force against these. Because of this, it is very likely that elections in PNG would be worse still without Australian involvement.

This doesn’t mean that Australian efforts can’t be improved though. Here are some suggestions. Because this is a blog post they are, by necessity, broad. I hope many others will offer a lot more in coming months; for now, treat these ideas as a start.

First up, recognise the road to the next elections starts today. Improving them will be an ongoing effort. It will require engagement, pressure and assistance, every year from now to 2022. The chart below shows my estimates of Australian aid spending devoted to elections in PNG since 2002 (data and sources here). As you can see, the post-2012 effort was inconsistent and less than previous elections. This isn’t the aid program’s fault. In between aid cuts and the death of AusAID, it was a tumultuous time. Even so, there’s still a lesson from 2017: improving elections requires substantial, sustained engagement. It requires staff devoted to the task and it requires the steady accumulation of contextual knowledge. 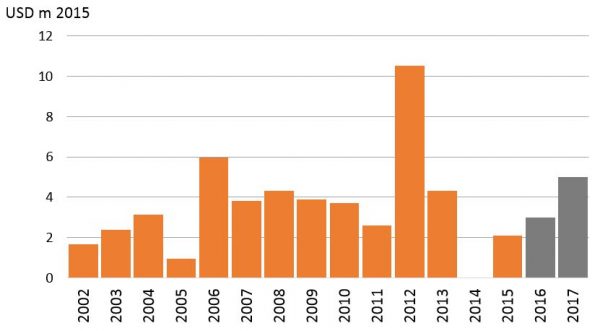 [Important update: I’ve been told that aid-funded Australian Electoral Commission assistance to the PNG Electoral Commission was provided for at least part of 2014. This means the $0 Australia reported to the OECD in 2014 understates its actual spend in this area. I’ve also been told that my 2017 figures don’t adequately capture the Australian Defence Force’s assistance. This means actual Australian aid for elections in PNG will be somewhat higher than publicly available data suggest for these years. Please take this into account as you interpret the graph. For what it’s worth, I still believe additional aid was needed.]

Speaking of knowledge, it’s crucial to find out exactly what went wrong in 2017. I’ve already outlined the general dynamic that I think drives PNG’s electoral issues. This, I think, explains a lot. Nevertheless there is more to be learnt about the specific nature of the specific woes of 2017. Some people have alleged that there was major, centralised subversion of electoral system coordinated by senior politicians. I’m inclined to think the real problems were primarily neglect and localised capture, possibly with centralised assistance. I could be wrong though. I want to know exactly what happened. And the Australian government aid program definitely needs to know. This knowledge will be crucial in shaping future attempts to improve things. Different issues will have different remedies. Australia won’t be able to provide all of them; some will come from within PNG. But getting international engagement right means knowing exactly what went wrong. I’ve met many DFAT staff who understand PNG’s politics well. What I’m talking about goes beyond this, though. I think the real dividends will come from a careful and comprehensive synthesis that transcends what individuals know, and which will be a source of understanding long after specific people have moved to new roles.

Then, one way or another — in the wake of the 2017 mess — some form of political pressure from Australia will also be necessary. I understand it has to be gentle, I understand there’s an ongoing constructive relationship to be maintained. But some of the needed electoral improvements will only come if PNG’s politicians are pressured. Ideally, this pressure will come from within PNG, and I’m sure some of it will. But given the nature of voter-politician relationships that I spelled out in my first blog, pressure from within is unlikely to be enough on its own. International pressure will also be needed. Maybe this doesn’t fit particularly well with Australia’s other interests in PNG. But — trust me — Australia’s nearest neighbour becoming a failed democracy will be worse again still for Australia. Much worse. Pressing PNG’s political actors to improve the quality of the country’s democracy might be awkward, but it is essential. For Australia as well as PNG.

Commit, learn, and pressure. Not rocket science. But all essential aspects of Australia helping Papua New Guinea on the road between now and much better elections in 2022. PNG itself is not short of talented and dedicated people who will be at the forefront in bringing better elections in five years’ time. But it also has a deeply dysfunctional political economy. An engaged, knowledgeable, well-intended neighbour, who is willing to lean on political elites when required, will help domestic reformers a lot.

This post is the last in a three part series; you can read the other two posts here and here.