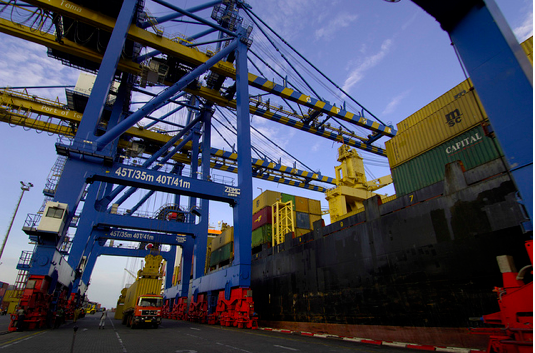 The first part of this article examined the nature and determinants of Low Income Countries’ (LICs) growth. This second part looks at how the G20, who meet this week in Korea on 10-11 November, can help poor countries to achieve higher and more sustained rates of economic growth.

Both sustained growth and growth accelerations are associated with strong increases in international trade and investment, but it has proved hard to find reliable leading indicators of accelerations. The best, but still rather weak, predictors of sustained accelerations are political and economic reform, while temporary accelerations are often associated with positive terms of trade shocks and financial liberalisations. Decreases in exports are common triggers of growth collapses, and increases in inflation seem to do the most lasting damage to growth. Recovery from collapses is aided by economic flexibility and better institutions for managing conflict. Countries with very high quality institutions (e.g. USA) tend rapidly to return to stable growth if disturbed, whereas in those with low quality institutions, disturbances tend to lead to crises and stagnation. According to one study, the former countries can expect to be in a regime of stable growth 90% of the time compared with only 15% for the latter countries.

The Commission on Growth and Development (2008) found that strong institutions are also important for long-run growth. The common characteristics of countries that have achieved strong and sustained growth are: full exploitation of the world economy; macroeconomic stability; high rates of savings and investment (physical and human); letting markets allocate resources, and committed, credible and capable governments. The Commission concluded, however, that rather than seeking simple magic bullets, counties have to formulate their own growth strategies out of a series of building blocks. In the words of Chairman Michael Spence there are “no recipes, just ingredients”.

Our survey of the evidence covers the following ingredients for LIC growth and finds convincing evidence that each has a role to play in raising income levels (often intermediated through increases in investment): trade and openness; skills formation; macroeconomic stability; infrastructure; financial sector development, and human development. Achieving these policy outcomes is primarily a job for the LICs’ governments, but the G20 can play a supporting role by, for example, ensuring that LICs face a buoyant world economy and have access to knowledge, finance and trade in general, and by more targeted contributions on occasion.

One can think of possible contributions to growth as falling broadly under one of three headings: mitigating downswings; raising underlying growth rates, and overarching factors which condition how all policies work.

1.  Mitigating Downturns. G20, along with international institutions, can encourage local efforts to achieve macro-economic stability and lead by example. International financial institutions, particularly the IMF, can provide advice on macroeconomic management and policy. In the recent financial crisis LICs benefited strongly from rapid and extensive access to international borrowing from the IMF which allowed them to maintain public sector spending and investment. Underinvestment in agriculture remains a problem and the recent food price spikes have been hard for many LICs to handle. G20 policy support to agricultural investment and food security could include measures to improve information on global food stocks; improving the business environment for private sector activities in agriculture; increasing support for research on agricultural technology suitable for LICs; and support for LIC commodity exchanges and futures markets.

2.  Raising underlying growth rates. Reducing the barriers to international trade links LICs into global value chains providing expertise and markets, but to benefit, the LICs also need to develop skills and market infrastructure. G20 can contribute via Aid for Trade and, as G20 constitutes 85% of the world market, by continuing their commitment to keep markets open. Completing the Doha round and offering the LICs duty-free quota-free access to all G20 markets would make useful contributions to reducing trade barriers.

Many LICs have huge infrastructure deficits, and improved governance and more maintenance are also needed. G20 can assist with: international co-ordination on cross border regional infrastructure; reviewing the guidelines for MDB infrastructure investment and the adequacy of their capital, and advice on infrastructure governance and regulation. There is strong evidence that financial sector development helps the growth of incomes. The G20 can provide technical assistance, support peer group meetings among regulators, and support policy relevant research to assist the LICs strengthen their financial institutions and implement appropriate regulations.

Human development. G20 investments in the LICs’ basic health and education need to be sustained and, in some cases, reformed so that they can deliver better results. Useful foci might include: investments in early childhood health and nutrition, adolescent girls, family planning and maternal health; investments that improve gender equity, and a sharpened focus on employment related skills.

3.  Overarching Factors. Institutions and governance.  High quality advice and opportunities for knowledge exchange. Participation in the global economy is knowledge intensive and the productivity increases needed to increase the overall standard of living increasingly require a more educated and knowledgeable work force and entrepreneurial class. The regulation of, and policy making for, a modern economy are also skill and experience intensive. Thus LICs need access to knowledge to develop.

Economic growth is primarily a function of domestic action, but the international community has a role to play by ensuring that the global environment is supportive of such efforts. Our analysis has highlighted the importance of both mitigating economic downturns and raising the underlying rate of growth for LICs to achieve poverty reduction and increase human development. Since the challenges to growth vary by country, strategies for growth will be country specific too, but we have identified some broad policy areas where G20 actions can add value to the efforts of other international organisations and help give additional support to LIC growth.

This article summarises a paper commissioned by the Presidential Committee for the G20 Summit of Korea.

L. Alan Winters
Alan Winters is the Chief Economist at the British government’s Department for International Development (DFID) and Professor of Economics at the University of Sussex. From 2004 to 2007 he was Director of the Development Research Group of the World Bank.