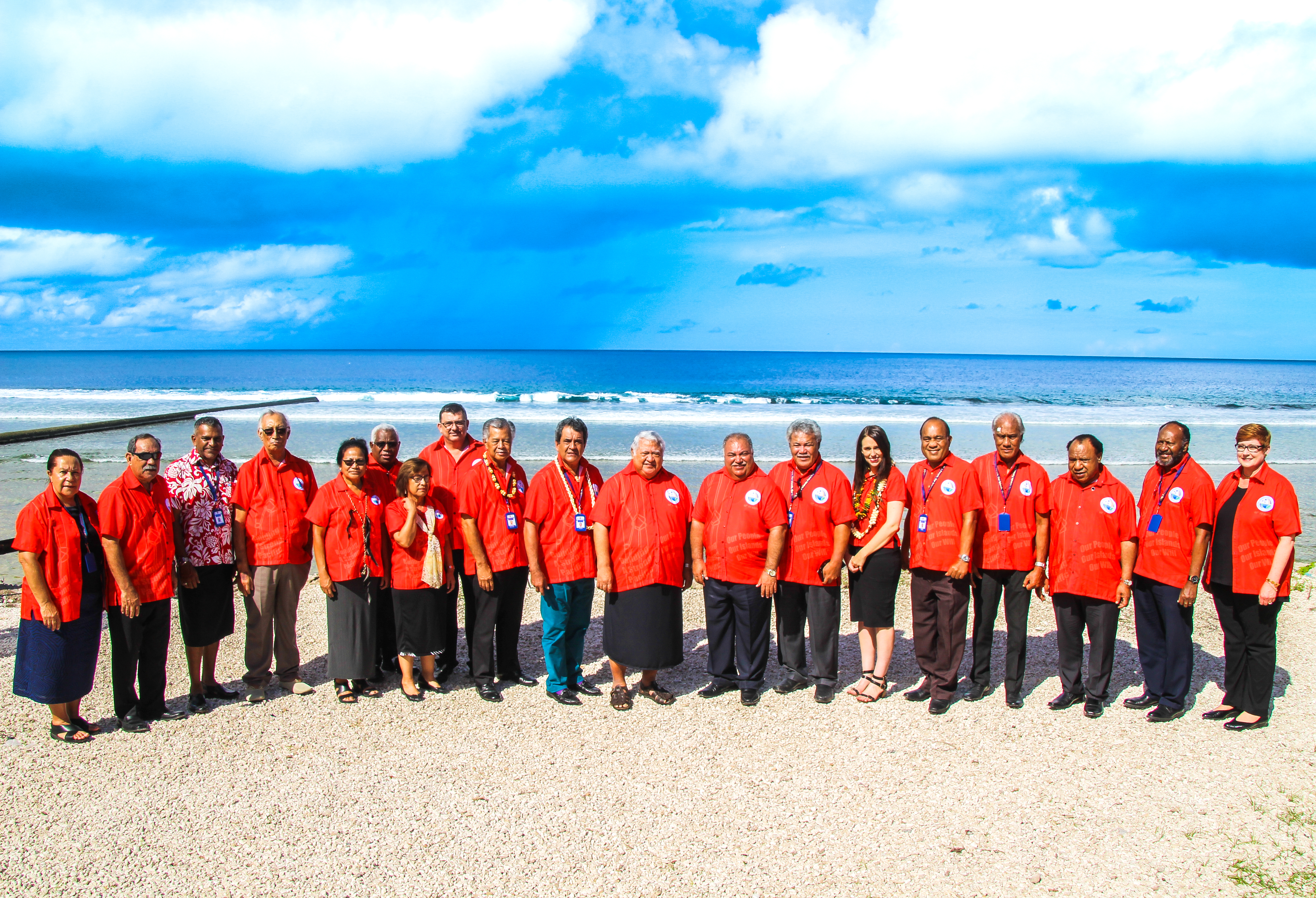 The Nauru 2018 Pacific Islands Forum: the new Boe on the block, and more

Last week, Nauru hosted the 49th annual meeting of Pacific Island Forum Leaders, a grouping that includes Pacific island countries, two French territories, and Australia and New Zealand. Australia was represented by Marise Payne, fresh into her new role, just one week after becoming Foreign Minister in the Morrison government. Fiji, Papua New Guinea and Palau were the only other members to send a senior minister instead of their head of government.

Given its location and timing, the 49th Leaders’ meeting was always likely to be eventful. Nauru’s hosting of the Australian ‘regional processing centre’ has delivered plenty of bad press over the years. So has the Nauru government’s crackdown on the opposition, and its blatant disregard for the judiciary. The Nauru government has sought to limit such bad publicity by both charging exorbitant visa fees to journalists, and by denying entry to journalists likely to be critical – a strategy it also pursued in the lead up to the PIF meeting, when it announced that the ABC would be banned from entering the country. Nauru’s formal recognition of Taiwan was also expected to rile China, which attends the Forum Dialogue Partners’ meeting.

Those expecting an eventful leaders’ meeting were not disappointed.

Pacific island concerns about climate change were, predictably, centre stage. The significance of climate change was underlined by its prominent inclusion in the new regional security agreement – the Boe Declaration (more on that below). Climate change was also centre stage in the Leaders’ Communiqué, which emphasised that “climate change presents the single greatest threat to the livelihood, security and wellbeing of Pacific people” (a reiteration of wording included in previous Leaders’ communiqués), and called on “countries, particularly large emitters, to fully implement their nationally determined contribution mitigation targets”. The Communiqué also singled out the United States, with leaders calling for it to “return to the Paris Agreement.”

Dissatisfaction toward Australia, which reportedly prevented a stronger statement on climate change, was also evident in post-meeting interviews with leaders. Tuvalu’s Prime Minister, Enele Sopoaga, noted his disappointment that a stronger statement had been scuttled (in response to a journalist’s question about whether the name of the country that had done so began with the letter ‘A’, he replied bemusingly: “You’ve very, very observant in that. I was hoping nobody would pick it up but it’s there. That speaks volumes”).  Vanuatu’s Foreign Minister later confirmed his account to be both accurate “and unfortunate.”

As in 2015, it was left to the Smaller Island States Leaders’ meeting – a grouping which includes leaders from Cook Islands, Federated States of Micronesia, Kiribati, Nauru, Marshall Islands, Palau, Niue (which did not attend) and Tuvalu – to make a stronger climate change statement. They called for other Pacific Island Forum members, as well as the international community more broadly, to limit global temperature rise to 1.5 degrees Celsius.

The other big item on the agenda was a new regional security agreement, the Boe Declaration, which succeeds the 2000 Biketawa Declaration (under which the Regional Assistance Mission to Solomon Islands occurred, among other things). Efforts have been underway for some time now to update and (importantly) broaden the scope of security in Biketawa so as to include human security, inclusive of climate change impacts. The Pacific Islands Forum Secretariat has undertaken extensive consultations as part of this effort.

The final version of the Boe Declaration (available as an annex, here) includes some significant changes to the version that had been considered by Forum Foreign Ministers last month, with references to good governance, democracy and human rights made more explicit (once again pointing to the importance of that Foreign Ministers’ meeting). Not surprisingly, there was no mention by leaders of Nauru’s deteriorating democracy, though the Nauru government managed to attract unwanted attention over the detention of veteran journalist Barbara Dreaver of New Zealand for speaking with asylum seekers.

There were other controversies that also distracted from the main agenda items.

Renewed geo-strategic competition between Taiwan and China came into sharp relief during the week, commencing with a spat over visas for the Chinese delegation attending the Forum Partners’ Dialogue. Things escalated during that dialogue when the Chinese delegation walked out after its leader was denied an opportunity to address the meeting by the Forum Chair, President Waqa of Nauru (as Forum Chair, Nauru had specified that dialogue partners could address leaders only when represented at ministerial level – a response to past meetings where junior officials from dialogue partners were perceived to dominate discussion). In a real-life David and Goliath story (Nauru is one of the world’s smallest countries, China the largest), President Waqa subsequently referred to the official involved as “insolent” and threatened to take up the matter with the United Nations. The government of China has since responded in equally robust terms.

There is no doubt that this episode has created a number of headaches for the Forum Secretariat, which will now be working to ensure there is no repeat of such an incident next year when leaders meet in Tuvalu, another diplomatic ally of Taiwan. The incident appears to be the main driver of the Smaller Island States’ proposal that the Dialogue with Forum Partners should be held in conjunction with the Forum Foreign Ministers’ Meeting in future. There is also clear frustration among organisers with the attention this incident has received. The Secretary-General of the Pacific Islands Forum Secretariat noted: “The issue that I would like to see is that the Pacific Islands Forum can protect this space for discussion of the issues that are important to the leaders of the Pacific, raised by the Pacific countries.”

There are also a number of noteworthy developments in the Leaders’ Communiqué that have received little media attention. Agreement of new funding arrangements for the Pacific Islands Forum Secretariat is especially welcome. This will see the present arrangements, which were agreed in 2000, changed gradually so as to increase the portion of the Pacific Islands Forum Secretariat’s primary budget that is funded by Pacific island countries (from under 30 percent now to 51 percent in 2021). Another change relates to the structure of the Communiqué, which this year references ‘national initiatives’ – a useful means of highlighting important developments that are not of a regional nature but worth including in the Leaders’ Communiqué.

Also interesting are developments relating to the Framework for Pacific Regionalism, which incorporates a mechanism by which anyone can make proposals for leaders to consider  (proposals are placed on the agenda at the recommendation of the Specialist Sub-Committee on Regionalism (SSCR)). While much has been made in the past of this mechanism, which had been embraced by civil society, this year has seen a substantial drop off in the number of submissions received by the SSCR (down to 31). At the same time, there has been an increase in the number of more ‘direct action’ initiatives on the part of civil society, including petitions and open letters to leaders on issues such as decriminalising homosexuality, censuring Australia’s policies regarding refugees and asylum seekers, and support for West Papua. These may suggest a waning in support for the process – something reflected in our discussions with people who participated in the preparations for the civil society dialogue with leaders.

Next year the Forum will again offer plenty of opportunities for fireworks, being held as it is in Tuvalu, one of the world’s most prominent advocates on (and victims of) climate change, and another Taiwan-ally. Australia may be represented by a new government at that meeting, potentially creating a very different context for its participation, assuming any new government can negotiate the perils of Australia’s domestic climate change politics. Elections in Fiji and Solomon Islands and a referendum in New Caledonia all have the potential to influence discussions next year. Watch this space.

For our previous analyses of Forum Leaders’ meetings see here, here, and here.