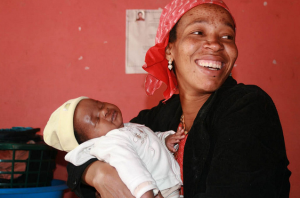 At the recent UN Summit on the Millennium Development Goals $US 40 billion was committed to be spent over the next five years to improve Maternal Newborn and Child Health (MNCH) in developing countries.

Large and high profile initiatives are nothing new, especially for the UN.  And financial commitments  often involve double counting, or fail to materialise in practice, or on time, or on genuinely concessional terms.

So what is this latest initiative and what makes it noteworthy?

The pledges are intended to support the newly formed Global Strategy For Women’s and Children’s Health which aims to save some 16 million lives of women and children in developing countries between now and 2015, avert 33 million unwanted pregnancies, and protect some 88 million children from stunting.

The initiative reflects a number of things:

This isn’t new, but there are are three things that make this new initiative remarkable.

First, the commitments are increasingly strategic, specific, and verifiable.  Bangladesh commits to doubling the percentage of births attended by a skilled health worker – from the current level of 24% – through training an additional 3000 midwives, and upgrading all 59 district hospitals.  It also commits to halving the unmet need for family planning by 2015, along with several other initiatives.  Cambodia will ensure that 95% of the poor are covered by health equity funds (so that health costs do not prevent a barrier to care, or a source of impoverishment) and availability of emergency obstetric care at district level, and increase the proportion of deliveries assisted by skilled birth attendants to 70%.   Indonesia will ensure all deliveries will be performed by skilled birth attendants by 2015 etc..

Development partners have also made specific and important commitments: Australia will invest around $US 1.5 billion over the five years to 2015 on interventions evidence shows will improve maternal and child health outcomes; Japan will provide an additional $500 million for MNCH up to 2015 as part of a $US 5 billion Global Health Policy.  The UK will double its annual support for MNCH.   The UN and multilateral agencies also support the Global Strategy through various commitments with, for example, the World Bank expanding its results based programs by more than $US 600 million to scale up essential health and nutrition programs.

The second thing that makes the $US 40 billion commitments noteworthy is engagement of the private sector, and civil society.

The private sector’s specific, innovative, and tangible commitments include:

(Further details on all these commitments are are available here.)

The third aspect that makes this initiative noteworthy is that is that it is being followed up at regional levels including high profile sessions on what this means for Asia. This is important, because global achievement of the MDGs is impossible without further and sustained progress in Asia.  Indeed, about half of all under five deaths occur in five countries, three of which – India, Pakistan and China – are in Asia.  (Nigeria and Republic of Congo are the other two countries).  Almost one fifth of all child deaths occur in India alone.

More than 1000 partners from 50 countries therefore participated in the From Pledges to Action and Accountability conference in New Delhi (13–14 November) to identify the policy and programming measures needed to be taken to implement these recent initiatives globally.  Further details on the recent high profile conference in New Delhi are available from the Partnership for Maternal Newborn and Child Health (PMNCH) website.

The Partnership for Maternal, Newborn and Child Health promises to ‘invest, deliver and advance.’ And with tangible commitments from both developing and rich countries, active participation by the private sector and civil society, and a program of regional follow-up, this new initiative has the potential to make real progress.