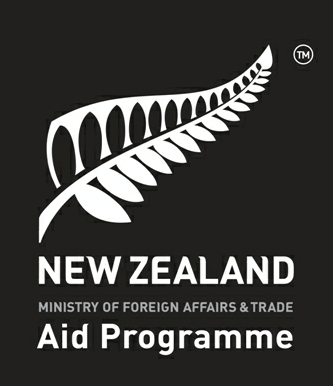 A bolt from the blue

In my recent NZADDs Working Paper – ‘A Bolt from the Blue’[pdf] – I analyse the two major changes made in 2009 to the New Zealand government aid programme: the removal of NZAID as a Semi-Automous Body, and a change in policy focus from poverty elimination to economic development and growth. These changes dismantled New Zealand aid mechanisms and policies that promoted poverty elimination in developing countries, transparency and accountability. In their place a system has been created within which aid policy is dual purpose: assisting New Zealand businesses (doing well) while also assisting developing countries to develop (doing good). While seeminly pragmatic at first glance, this ‘doing well while doing good’ aid policy sets the stage for greater weight to be placed on the ‘doing well’ side of the equation.

Several factors are assessed in ‘A Bolt from the Blue’ to make this argument. Here I outline three of these: traditional ties between New Zealand business and the National Party (who currently lead the New Zealand government); the New Zealand aid programme’s strengths, as defined in the International Development Policy Statement; and the types of activities that are increasingly being funded with ODA.

With regard to New Zealand’s overseas development assistance programme, we believe there is scope for a formal partnership between business and NZAID… to be established… The appropriateness of the focus on poverty alleviation is also an important issue that needs review.

It is probable that the National Party was heavily influenced by these ideas.

Minister McCully himself has close ties with former diplomats turned businessmen, such as the current member of parliament John Hayes, and Charles Finney who is a lobbyist at Saunders Unsworth, Board member of NZ Trade and Enterprise, and former CEO of the Wellington Chamber of Commerce. (Finney was paid NZ$27,000/month for an untendered MFAT contract under Minister McCully.) These two individuals specialized in international trade during their employment with MFAT and other New Zealand government entities. Currently Hayes is the Chair of the Foreign Affairs, Defence and Trade Select Committee and Assistant Minister for Foreign Affairs, responsible for Pacific Affairs and ODA. Hayes gives Minister McCully on-going advice, as the NZ Herald outlined in an article about Minister McCully’s leaked emails in early 2012. It is likely that these two men hold to the perspective that aid policy should be used to advance New Zealand’s trade and business interests.

The Minister’s appointments to his evolving ‘International Development Advisory and Selection Panel’ (previously the Ministers Advisory Board and the External Selection Panel) also show a desire to enable individuals from the private sector to govern and make decisions about New Zealand aid. Both iterations of this Panel have been light on international development experience. Of a total of 13 people, only two have had significant professional international development experience, the remainder being from the private sector or with private sector backgrounds. These are the people who will provide advice to the Minister and make funding decisions.

The way the New Zealand aid programme’s ‘comparative advantage’, or strengths, are defined is a second indication of how current aid policy is weighted towards doing well, while attempting to do good. In the ‘International Development Policy Statement’ these strengths are described as being “in sectors such as fisheries, agriculture, renewable energy, tourism, education, law and justice, including policing”. With the exception of law and justice, these are all areas where New Zealand has domestic business interests.

An Official Information Act request for the analysis of why these areas were found to be New Zealand’s strenghts in aid took 165 working days for a response (the legal requirement for reply is 20 working days, with room for negotiation). The reply stated that a process of informal internal discussions “reflected that it was largely seen as obvious what the notion of comparative advantage would entail in the New Zealand context”. But only 18 months before the International Development Policy Statement was released, a different internal document, entitled ‘Organisational Development Framework’ articulated in writing a broader analysis of New Zealand’s strengths in aid, including in women’s rights, governance and health.

The third factor that indicates weighting of aid policy towards advantaging New Zealand’s economy is an examination of activities funded by the aid programme. Of course, the aid programme continues to fund a raft of activities that appear to be have unambiguous development goals. This is in part due to the diligence, professionalism and development experience of the aid programme staff and partner governments. But there is an increasing creep towards activities that have potential advantages for New Zealand buisinesses, with dubious develoment impact, such as the aid activity that brings young business leaders to New Zealand from South and South East Asia, with the explicit aim of building New Zealand business ties.

A ‘doing well while doing good’ approach to New Zealand aid, combined with the current scarcity of policy analysis, is inefficient and untransparent. It also sees aid driven more by New Zealand’s desires than by developing country context and needs, undermining global efforts to enhance developing country ownership. If left unchecked this will see New Zealand ODA increasingly serve as a subsidy to New Zealand businesses. Not only does this not conform with the OECD DAC definition of ODA as being solely for the welfare and economic development of those receiving the aid, but it also flies in the face of increasing international acceptance (and evidence) that tied aid is not effective aid.

New Zealanders don’t want this for their aid. When last surveyed in 2007, New Zealanders overwhelmingly believed that the main reason for giving aid is to help poor people in other countries. Only three percent of people thought that New Zealand should get any economic return from aid expenditure. The challenge now is for New Zealanders who care about how their ODA gets spent to put a halt to this degradation of New Zealand aid, and to ensure that it never happens again.

Joanna Spratt is a consultant and coordinator of NZ Aid and Develompent Dialogues (NZADDs), with a background in nursing and international development.