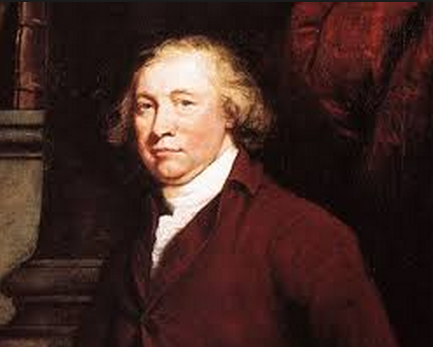 A conservative approach to aid

At 6.40am on January 1st I made a new year’s resolution. This year, I decided as I contemplated lifting my weary head from my worn-out pillow, I would become a conservative. With 40 not far off, and with Canberra’s political tides having turned, the time seemed right. Exchange the soy lattes for Victoria Bitter. Stop reading the Guardian. Trade in the Yaris for an SUV. Easy.

Alas, as with many resolutions, it didn’t last. Too ambitious, too abrupt, counter to too many habits. Yet the excursion was still a fruitful one, for it had me listen to this fascinating talk on Edmund Burke and Michael Oakeshott by Jesse Norman (an English Conservative MP) and had me re-read this brilliant essay review by George Scialabba.

There is a lot to be said for the conservatism of Oakeshott and Burke, who argued, in different ages and subtly different ways, for the accumulated wisdom of the past. To the extent the present works (and if you are reading this in reasonable comfort it is probably only fair to concede that it isn’t working that badly, for you at least) it works because the institutions and norms it is framed by are the product of lessons learnt. ‘Tradition’ is the word we have for such learning. And though it is easy to see shortcomings in any era, it is too easy to take for granted what tradition hath given. Too easy to fall prey to grand ideas of radical change, which will inevitably founder, because it turns out the good life is much, much harder to engineer than it seems. Burke wrote as the French revolution descended into the Terror, and Oakeshott in the time of Stalin. Events which made their arguments for them, which proved their points.

There is also, it’s true, a lot to be said against their conservatism. A particular problem for modern conservatives (one which Norman tries desperately to wiggle around in his talk; and Scialabba nails in his essay) is that the most radical idea of our day isn’t socialism or some other form of egalitarianism, but unbridled capitalism, something most modern conservatives spend at least half their time espousing. And, for better and for worse, the main threat to many of the traditions of our time is no longer enlightenment ideas but commerce and market forces.

Another obvious complaint is of the ‘well you would say that’ sort. While there may be more to be said for the status quo than some admit, many of the complaints against it are still real. And the line between reasonable caution and self-serving stasis advocacy is a thin one, especially when — hello Messrs Burke, Oakeshott and Norman — you happen to be doing far better from the current state of affairs than the average person.

There’s also the argument made by George Orwell in critiquing Oakeshott (I think, although I can’t Google it up). Conservatism is far too pessimistic. For every failed radical idea there are others that worked. Universal suffrage was once viewed as dangerously utopian, yet democracy has brought better lives, not chaos. The state providing health and education services for all was once a bold, untested idea, yet the welfare state works, not perfectly, but better than the alternatives. And a conservative of Oakeshott or Burke’s time would have almost certainly opposed anything as tradition-tearing as feminism. Yet empowering women hasn’t brought the end of the family or social chaos. Rather, it is making our world a fairer one.

Even so, I thought to myself this morning, as I stared down at the soothing swirls of soy atop my coffee, open copy of the New Yorker on the table, there is something to be said for a conservative approach to aid. Of course, the world of aid is hardly the domain of firebrand radicals. Yet, possibly because its consequences are felt mostly in far away places, aid is the domain of the Big Idea. From shock therapy, to Cash on Delivery, to aid for trade, to partnership Paris-style, to giving directly, ours is an arena of thinking that is bold, either theoretically appealing or ethically enticing, and often wrong. Given a history dotted with failures, and given just how hard development is, aid could do with do with far fewer of these big ideas and a lot more careful, incremental change.

What would this mean in practice? It certainly wouldn’t mean dismantling an aid agency on a whim. Or cutting staff. Instead, it would involve affording aid workers time to actually engage with their work, and to learn the lessons to be learnt, rather than hurriedly shovelling money out the door, or running round in harried circles trying to keep up with the political impulse to change. And it wouldn’t mean no new ideas (some work, after all) — but it would require change be based on evidence, and significantly more resources be devoted to evaluation.

What I am suggesting then, would be a long way from the current practices of the Conservative governments in power in Canada, New Zealand and Australia. And, it’s true, it would also be a decisive break from the traditional ways of ODA, at least as practised by most donors. Yet it would be a break from tradition in the name of tradition — in the name of carefully learning the lessons to be learnt from the history of aid practice. In the complicated world of development, these lessons, coupled with good intentions, offer the best path to aid which actually helps. Forget big ideas and radical change. Small ideas and accumulated learning — that would be a truly conservative approach to aid.

Terence Wood is a Research Officer at the Development Policy Centre and a PhD student at ANU. Prior to commencing study he worked for the New Zealand government aid program.