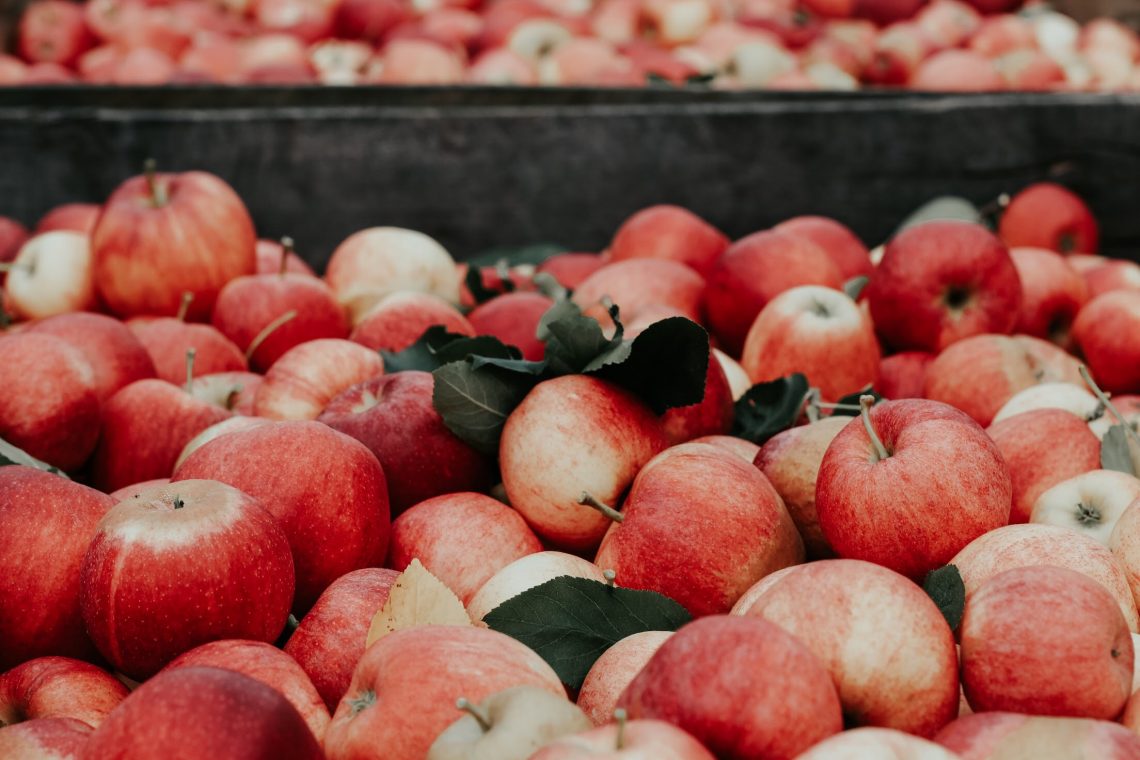 Apples are one of many late summer crops that rely on seasonal workers for harvesting (Credit: Joanna Nix on Unsplash)

A major labour shortage at harvest time is looming

The challenge for growers in Australian horticulture is to find sufficient labour for the months of September 2020 to January 2021 to harvest the fruit and vegetables they have produced. The total estimated seasonal workforce needed for horticulture for the spring and summer harvest season ahead could be up to 40,000 workers, based on the previous demand for seasonal workers over that period. This overall estimate of demand is at the lower end because we do not know how many other casual workers were employed, or the number of Working Holiday Makers (WHM, or backpackers) who worked in horticulture but did not complete 88 days of specified work in regional Australia to obtain a second-year visa.

This estimate of demand is based on visa approvals for backpackers and Seasonal Worker Programme (SWP) workers from the Pacific and Timor-Leste. In the 12 months to the end of March 2020, just under 32,000 backpackers were granted a second-year visa after working for 88 days in agriculture. In addition, 7,999 SWP workers were granted visas to work in the period August 2019 to January 2020. As the figure below shows, the peak month for engaging SWP workers is November but their number increases from August. 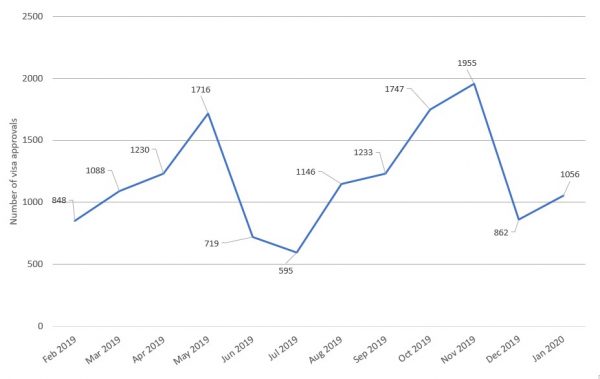 Where will this year’s seasonal workers come from? Department of Home Affairs data show that 6,761 SWP workers were in Australia at the end of January 2020. Some workers returned home once notice of border closures was made known. When international borders open again, many SWP workers now in Australia may well decide not to stay on, despite being happy to work under current conditions (and able to do so with the new visas they have been issued).

The visa statistics also suggest that the number of backpackers available to work in horticulture will be lower. The number of WHM visa holders in Australia at the end of March 2020 was 119,226, far below the 141,142 at the end of December 2019. Data on WHM visas granted show a drop from 50,566 to 36,841, comparing the third quarter for 2020 with the third quarter for 2019. The same trend is evident for the number of second visas granted, with 2,067 fewer visas approved in the first quarter of 2020 compared with the first quarter for the previous year.

Many backpackers may also decide to return home, with far fewer, if any, backpackers in a post-COVID world willing and able to come to replace them this year. On the other hand, some backpackers (and possibly some Australian citizens) will be ready to work on farms in the absence of city jobs. While there is a great deal of uncertainty, the best estimate is that, without fresh labour being imported, we will see major labour shortages on farms over the summer.

One way to assess the availability of local labour is for Harvest Trail to launch a public campaign to encourage domestic jobseekers willing to work in the forthcoming harvest season to register their interest. Jobseekers will need to prove that they are already resident in a designated regional local government area, have previous relevant work experience, and are willing to commit to the work and the hours required.

This prospect of an imminent major labour shortage in horticulture should also be encouraging the federal department responsible for employment to plan to ensure that a reliable supply of seasonal workers is available. However, little progress is being made, at least in terms of one reliable source of workers, namely those engaged through the SWP. The Department of Education, Skills and Employment (DESE) has told Approved Employers that they are not to submit recruitment plans until after international borders open again. This approach is guaranteed to ensure that new SWP workers are not in Australia for the start of the peak season. It takes time for up to 160 Approved Employers to develop and submit separate plans for recruitment, accommodation, and welfare and wellbeing, and for the seven SWP contract managers to approve them. There is also another at least six-week lag at best, due to the process of recruiting, vetting, briefing and sending workers to Australia.

A better approach would be for DESE to encourage Approved Employers to develop and submit recruitment plans as soon as possible, not least because this process will reveal critical information about growers’ own assessment of their demand for seasonal workers. Approved Employers are carrying the risk, so their assessment has to be taken as the best available. Plans can be approved subject to the resumption of travel.

The extended process required to navigate the managed pathway needs to commence now to ensure seasonal workers are on the farm for an August or September start.