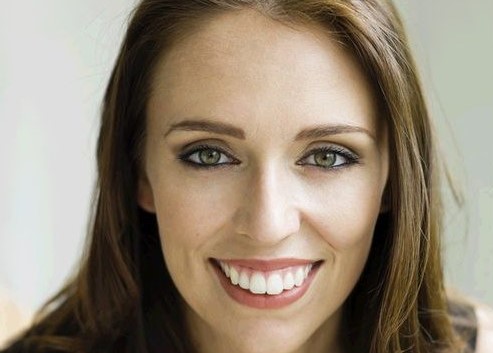 The previous government broke well-functioning funding mechanisms, funded white elephants that are yet to function, and left the aid programme struggling to get money out the door. When Foreign Minister McCully resigned last year, he was left grasping, as he tried to list his achievements, reduced to making claims about progress that can’t be attributed to aid.

Here’s how the new government can change aid for the better.

First, it needs to change aid’s purpose, making sure helping people in developing countries is our priority, rather than advancing New Zealand’s interests. Last time Labour and New Zealand First were in power, New Zealand had an excellent reputation for giving aid altruistically. Yet when we surveyed aid stakeholders in 2015, most of them, be they from NGOs or the private sector, thought that New Zealand aid was heavily focused on helping New Zealand.

This isn’t what the public want. Opinion polling shows a clear majority of New Zealanders want New Zealand aid given primarily to help people in developing countries. As the chart below shows, this is true of all voters, and supporters of each of the three parties in the new governing coalition (although estimates are less precise for the smaller parties). The public’s instincts are spot on: aid is more likely to help people in poor countries if it’s given for the right reasons, and New Zealand can easily afford to do the right thing. 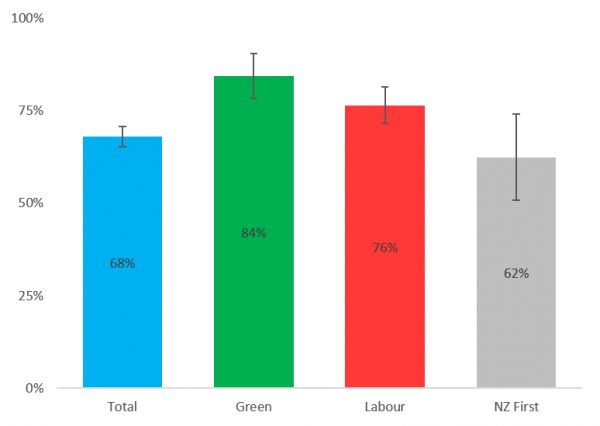 (Information on the survey can be found here.)

Ensuring that the aid programme is a coherent entity within MFAT and that it is empowered to speak for aid within the Ministry is another important change. The New Zealand government aid programme wasn’t as badly damaged by reintegration as Australia’s was, but if we want to give aid for ethical ends, and if we want to do that well, making sure there is a powerful voice within the Ministry speaking up for aid will be important. I think this can be achieved with the aid programme integrated within MFAT, but if I’m wrong and it can’t, a return to a semi-autonomous entity should be considered.

A third change ought to be easy: political recognition of the importance of aid expertise. One of the big issues with former Minister McCully was that he thought he was an aid expert himself. He wasn’t, and many mistakes stumbled out of this. Giving aid well is hard. Listening to experts is part of giving aid well.

As well as politicians who listen, we need to foster aid expertise within MFAT. There are still knowledgeable aid professionals working there, but the aid programme needs more specialists who do not move in and out of diplomatic roles. Alongside expertise, space for learning also should be grown. This means more money for evaluation and research. It also means employing more staff in the aid programme so that learning opportunities are acted upon.

Ditching the previous government’s obsession with economic development is also necessary. As I wrote in 2011, there’s nothing wrong with economic development. It is an integral part of development more broadly put. But there’s nothing miraculous about it either: aid given for other reasons can help human beings every bit as much. Instead of being driven by a desire to focus more and more aid on just one sector, the new government should let aid priorities be guided by country context: what is needed and what is likely to work. This change shouldn’t be hard. As it currently stands, economic development gets more money than any other sector [xls]. But most of our aid is still spent on other areas. Improvements will simply require ditching the last government’s plan (pdf; p. 7) to focus a lot more more aid on economic development in future years, and then carefully reprioritising over time.

These changes will help make sure New Zealand aid does what most New Zealanders want it to do: help people in need. If they are made, our aid will get better.

Once we’ve ensured this we should focus on aid quantity. New Zealand aid is falling as a share of GNI, on track to reaching its lowest level ever within the next few years. There’s no excuse for this. We’re not a poor nation. We’re not particularly indebted. Aid is a tiny share of government spending. Increasing aid over time ought to be a priority once aid quality issues are tackled. Labour and the Greens have both said they are committed to aid increases, and in his last term as foreign minister Winston Peters grew the aid budget.

Nothing is certain yet, but there is cause for hope for New Zealand aid right now. With a few simple changes the new government could do a lot to reverse the last one’s destructive legacy.