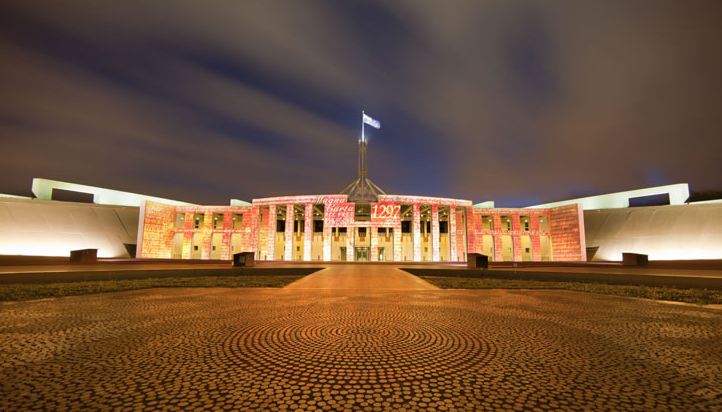 A parliamentary committee on aid? Issues and options

Parliamentary committee inquiries into the Australian aid program over the last decade have been few and far between, even as the aid program has grown massively.

Aid has sometimes been factored into larger reviews of strategic relations between countries or been tied into inquiries on issues that encompass development (e.g. peacekeeping). It has occasionally been discussed in routine Senate legislation inquiries. But parliamentary inquiries squarely focusing on the Australian aid program can be counted on one hand. There was one that reported this year on aid to Afghanistan. The last aid inquiry before that was in 2006 on aid to the Pacific. The one before that was in 2001 on aid and human rights.

The aid program may no longer be growing, now that the government has changed, but at $5 billion it is already more twice the size it was a decade ago. With the Department of Foreign Affairs and Trade (DFAT) taking over responsibility for aid, and with the abolition of the specialised aid agency, AusAID, the need for parliamentary scrutiny and oversight becomes more not less important.

We have outlined some of the reasons why such a committee or subcommittee would be a good idea, and some of the issues it may face, in this policy brief [pdf], published today.

The idea of a parliamentary committee or subcommittee on aid is not a new one. It was raised in the 2011 Independent Review of Aid Effectiveness. ACFID has also called for the formation of an aid subcommittee, as did an independent task force convened by the Australian Strategic Policy Institute and the Foundation for Development Cooperation in 2011.

In a blog post for Devpolicy, John Eyers suggested that establishing an aid and development subcommittee under the Joint Standing Committee on Foreign Affairs, Defence and Trade (JSCFADT) would improve the attention given to the aid program in Senate Estimates, “which tends to be dominated by the most topical issues”.

During AusAID’s Senate Estimates appearance in June 2013, Senator David Fawcett said that the JSCFADT had raised the issue of a subcommittee on aid multiple times with the Foreign Minister’s office, stating that there was bipartisan support.

There are a number of potential benefits that such a committee could bring for Australia’s aid program.

In the UK, we can find a model. The International Development Committee (IDC) examines the expenditure, administration and policy of DFID. It invites written submissions and engages experts from civil society, academia and overseas development partners. It scrutinises DFID’s annual report and makes recommendations on aid spending.

The IDC has been a strong voice for aid effectiveness, not only within the UK, but internationally. Findings from committee inquiries have generated significant media coverage and public debate around the UK aid program, its effectiveness and DFID’s relationships with multilateral and bilateral partners.

The UK example is a good one, but it is not the only one. The European Parliament and Germany are just some of the other donors with dedicated committees on aid. Canada has a “Standing Committee on Foreign Affairs and International Development.”

What committee structure would be best?

Expanding the remit of the current JSCFADT subcommittee on human rights to include aid is another option. However, it could lead to aid and development only being examined from a human rights perspective or with a human rights link, limiting the scope of oversight.

Canada’s approach of changing the name of its foreign affairs and trade committee to explicitly refer to international development is another example to follow, and one that could be appropriate given the merger of AusAID with DFAT.

The other issue on committee structure is the choice between the JSCFADT and the Senate FADT references committee. The former has a government majority, the latter an opposition majority. Placing the subcommittee under the JSCFADT may increase the likelihood of government take-up of recommendations. On the other hand, it may also limit which topics are pursued for inquiry. Either would be a step forward.

What should the committee or subcommittee do?

Investigating aid is not an easy task, and there are already mechanisms to hold Australian aid to account. One pressing problem though is that no one takes much notice of the evaluative output already being produced, whether they are evaluations by the Office of Development Effectiveness, or aid audits from the Australian National Audit Office, or the aid program’s own Annual Review of Aid Effectiveness.

Rather than launching new inquiries, what we really need is a body that will read the evaluations and reviews that are already being produced, comment on them, and examine the follow-up. Without this mechanism on the demand side, there is no guarantee that the supply of evaluation documents will have any impact at all, or even that they will be read. With parliamentarians looking at aid reviews and evaluations, there’s much greater likelihood that this material will be written to a higher quality, taken more seriously and responded to more promptly and fully.

This is in line with what the UK International Development Committee does. Although it also launches its own inquiries, the IDC also reviews DFID Annual Reports and has its own subcommittee that monitors and reviews the work of the Independent Commission for Aid Impact, the UK’s (more independent) version of our own Office of Development Effectiveness.

We need more parliamentary oversight of the aid program. This requires a new committee, a new subcommittee or the renaming of an existing committee to indicate a greater focus on aid. Whatever the structure, the committee or subcommittee should have a strong focus on reviewing evaluative material already produced by and about the aid program with the objective of improving its quality and ensuring that findings are responded to.

There appeared to be strong bipartisan support for the idea of a new committee or subcommittee on aid in the previous Parliament. This Parliament should ensure that support is translated into action.

Ashlee Betteridge is a Research Officer at and Stephen Howes the Director of the Development Policy Centre.