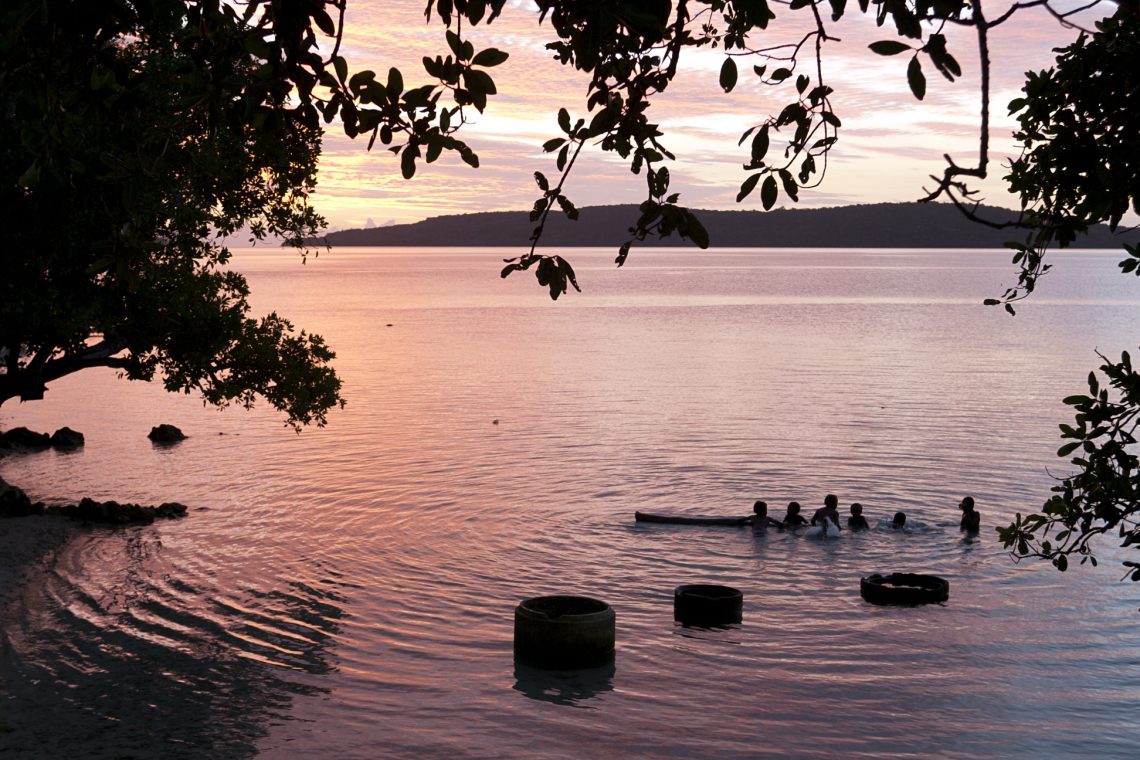 Surrounded by water but nothing safe to drink (Credit: Monash Sustainable Development Institute)

A promising path to improve sustainability of water treatment systems

The lack of adequate and safe water is one of the major development challenges of our time. Water is central to life and is becoming dangerously scarce and unsafe globally over the coming decades. Population growth, changing consumption patterns, increasing water demand for agriculture, and climate change, are threatening fresh water supplies.  A major problem is deterioration of ground water quality due to rising sea-water levels associated with climate change and over-exploitation, resulting in water salinity for many coastal and riverine settings. Surface water contamination with micro pollutants is an emerging issue globally, due to municipal, industrial and agriculture waste water.

This challenging situation is reflected in the lack of progress towards the Sustainable Development Goal (SDG) 6 on ensuring availability and sustainable management of water and sanitation, specifically 6.1 related to universal and equitable access to safe and affordable drinking water for all by 2030. The latest review report has shown that the world is not on track, with over 2.8 billion people still not having access to safe drinking water. The consequences are dire for those affected; the WHO estimates that contaminated drinking water cause 500,000 diarrheal deaths each year.  While, a recent study has shown that drinking saline water is associated with elevated blood pressure, with adverse effects for women during pregnancy on maternal and fetal outcomes.

The alarming increase in scarcity of water across the world has led to an exponential growth in water desalination from unconventional sources, including sea and brackish water. Globally, the majority of desalination systems are using reverse osmosis (RO) due to its excellent performance in impurity removal.  The rapid progress in membrane technology and treatment processes, over the past two decades, has made them more , helping to meet some of the increased demand for water in Australia and internationally.  There are currently over 20,000 desalination plants operating in 120 countries across the Middle East, North Africa, Australia, China and India among others.  However, these systems are capital intensive, and require high-energy inputs and specialized maintenance procedures, to function sustainably.  Plus, there are concerns with environmental impact of brine discharge particularly from seawater desalination.

Future growth in desalination and water purification is most likely to rely on the use of brackish water, which has far lower concentration of solids than seawater, and involves cheaper process.  Wastewater reuse for a circular economy is another potential solution. Water Innovation and Research Center (WIRC) is leading an extensive and large-scale demonstration of next generation water systems and services across ten sites for the developed and emerging economies. The study is examining effectiveness of innovative technologies to reuse waste water, recover important resources at low cost, and regulatory and policy frameworks that impact circular water systems.

Simultaneously, development and production of small-scale desalination and water purification technologies targeted to the developing context, have steadily increased over the past decade.  The Oxfam road-map for small-scale desalination, based on an overview of existing and emerging technologies in South Asia, provided the key considerations for these systems in terms of minimum production capacity from brackish water source, low initial cost, low energy consumption, low maintenance cost, and scalability within existing market systems.  The study found that small-scale reverse osmosis (RO) using renewable energy source is among the most effective technologies, with demonstrated technical and economic feasibility in the Sambhar Salt lake region of Rajasthan, India. The study identified the emerging technology, Capacitive Deionization (CDI) that has higher water recovery and lower energy consumption than RO in Madras, India. This CDI model utilizes direct current generated by an off-grid solar panel to separate soluble ions from water under electric field, and consumes much less energy than pushing water through a membrane in RO systems. The WIRC is developing an affordable water purification system using CDI for East African communities to remove excessive fluoride in water, to address significant health problems, such as crippling bone disease.

The main producers of these micro-desalination and water purification technologies are not-for-profit, commercial and private desalination companies that partner with universities, philanthropists, governments, non-governmental organisations, and international development organisations. The water production capacity of small-scale water purification units vary from 20 to a few thousand litres per day. Various water sources can be treated by these purification units, including brackish water with salt content in the range of 1,000-35,000 parts per million, sea water, contaminated water, lakes and rivers. Most of these systems are within 200kg and can easily be assembled and transported with a hand trolley, which makes them suitable for remote areas.  A few have already been trialled and used in small communities.  For instance, the solar-driven Low Pressure Reverse Osmosis (LPRO) developed by Moerk Water has serviced thousands of people in Kenya, Myanmar, Papua New Guinea, Solomon Island, Somalia, Tanzania, Vanuatu and Australia.  Barefoot College, a voluntary organization, has installed six solar-powered desalination plants in India and supported approximately 1,000 people. Swiss Fresh Water started a pilot project in Senegal in 2011 and since then has kept installing purification machine for private and community markets. Plimmer is being marketed by Idropan Australia, and can produce fresh water up to 2000 litres/day with saline water up to 1250 parts per million.  Other producers such as Trunz Water system, Boreal Light GmbH, Water Source Australia, Aquvio, Tata projects, Innovative Deionization, Aqua EWP, among others, are rapidly growing and serving hundreds and thousands of people.

Several of the ongoing initiatives are using market-based approaches with encouraging results. For instance, a recent study on the use of water kiosks in Athi River and Rongai, Kenya to increase access to safe and affordable drinking water has shown improvements in living standards, health and income. However, considerable research needs to be conducted to demonstrate replicability at scale.  When combined with specific actions to strengthen national policies, regulatory frameworks, governance mechanisms, these initiatives are more likely to be effectively scaled up and sustained. As the Oxfam road map highlights, beyond the technology itself, the key elements of success include enabling environment to support maintenance, supply of consumables, appropriate disposal, and sufficient cost recovery systems.

Wang Zhao
Wang Zhao is a research program officer in the Department of Chemical Engineering at Monash University.

Xiwang Zhang
Xiwang Zhang is a Professor in the Department of Chemical Engineering at Monash University, Australia and the Director of Australian Research Council (ARC) Research Hub for Energy-efficient Separation.