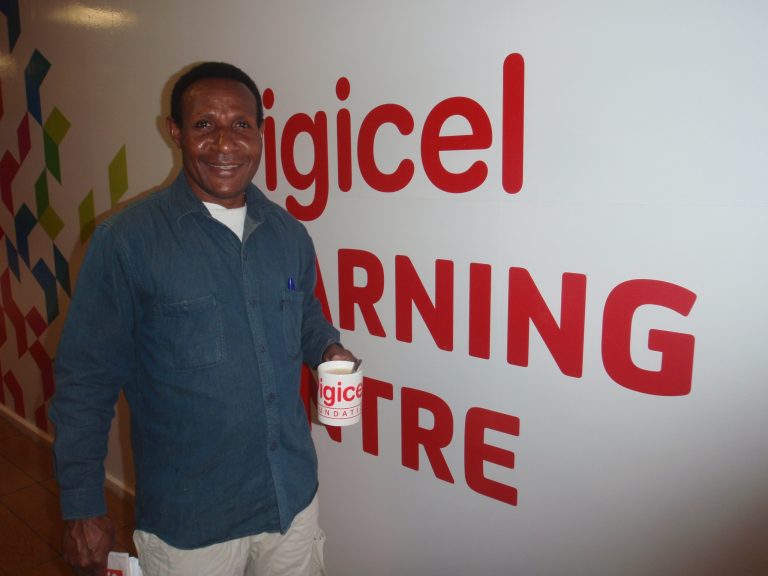 A tax on mobile phones in PNG?

By Amanda H A Watson and Rohan Fox

The government of Papua New Guinea (PNG) is considering imposing a mobile phone tax, in order to generate revenue. This blog post examines the proposed measure and its potential impacts.

In the 2019 budget handed down late last year, the PNG government suggested that it would use 2019 to look into the possibility of introducing a ‘turnover tax’ on mobile telecommunication companies. It outlined two reasons for this: that these companies were making above average profits, and that complex pricing schemes in the sector made it difficult for the Internal Revenue Commission (IRC) to adequately assess and audit them. Complex pricing schemes such as transfer pricing can be used by multinational companies to shift profits offshore. In the mobile telecommunication space in PNG, Digicel holds an effective monopoly as it has 92 per cent of market share (see page 19 of this recent report) and is the only network that covers rural and remote locations. There appears to be no publicly available information on how much, if any, company tax it pays.

Turnover includes most income, but excludes income not directly related to running the business, like interest. Turnover is relatively easy for the IRC to track. Additionally, there have been several recent years of poor growth and economic hardship – revenues have fallen consistently since 2013, as have employment and government spending on public services. There is also a large amount of debt to repay in coming years, and spending has already been cut substantially. New taxes, like the turnover tax on telecommunication companies, would improve the current budget situation by creating revenue.

However, turnover taxes encourage companies to do as much as possible in-house. Instead of outsourcing a service to a local business (which would involve a taxable transaction), companies have an incentive to create a new department within the company to do it instead. This might be more expensive to run, but cheaper overall than paying the tax. Telecommunication companies may also be less inclined to expand their services and/or networks if their profits are reduced by new taxation obligations. In 2018, Nissan Island had no mobile coverage following lightning strike damage to a tower – a sector-specific tax may decrease the likelihood of a tower being fixed in a timely manner, leaving people without communication.

However, as Digicel has a monopoly on most of the PNG market, a tax on mobile communication companies may be less likely to reduce services for consumers, because there’s no real competition in the marketplace.

In countries like PNG where a very large portion of the economy is informal and does not produce tax returns, and resources at the IRC are lower than in developed countries, ease of enforcement of tax collection can be a vital issue. There is evidence that a turnover tax has improved tax compliance in Pakistan, where firms are taxed on the larger of turnover or profit. This kind of result could tip the balance in favour of a turnover tax despite negative impacts.

In the 2019 budget, the government explicitly references Kenya, Gabon and Uganda as countries that have introduced telecommunication sector taxes. However, in the case of Kenya, this tax was removed in its most recent budget. The PNG government also states that its intention is not to reduce the amount of phone calls or text messages. Nonetheless, when Gabon imposed an excise on incoming international calls, call volume dropped substantially. Uganda introduced an excise on domestic calls and analysis suggests that this decreased the number of minutes of phone usage.

Brazil’s turnover tax was recently scrapped, and it is argued that this resulted in substantial improvement in economic output for producers of intermediate goods. That said – in both Brazil and Kenya, the tax was levied not just on large telecommunication firms, but also on small and medium enterprises – and was designed to improve tax collections from the informal sector. This means that the comparison is imperfect.

As well as exploring the option of a telecommunication tax, the PNG government is considering the introduction of a tax on sugared drinks. Known as ‘sin taxes’, such taxes are often intended to reduce consumption of a product with negative health and/or social effects, for example tobacco or alcohol. According to KPMG, a possible excise duty on sugar sweetened beverages such as soft drinks “is aimed at increasing the health of the population”. In other words, if the drinks cost more, people will buy them less often, therefore becoming healthier due to lower levels of sugars in their diets.

It seems logical then that, if a tax is also introduced in the telecommunication sphere, companies could pass the cost on to consumers, who might then use telecommunication services less often. In PNG, the majority of people live in rural areas. For these people, mobile phones are often the only available method of real-time, two-way communication. Thus, such devices play important roles during urgent situations, such as medical emergencies and disaster warnings. The effect of introducing a telecommunication tax in PNG could be that increased costs would be passed on to consumers and these costs may be prohibitive.

Nonetheless, these two sectors might have a key difference. There may be reasonable competition between companies supplying sugared drinks in PNG, and thus a tax would drive prices up at retail outlets. For reasons outlined previously, Digicel’s effective monopoly may reduce this effect.

A telecommunication sector-specific tax is likely to have both benefits in terms of revenue generation, and negatives in various forms. Ease of enforcement of a turnover tax may make it an appealing tool for the PNG government to employ. However, there are concerns around negative impacts. At this stage, we do not have enough information to determine whether the introduction of a turnover tax in PNG is a good idea.

A first step should be revelation of the corporate income tax paid by Digicel. Resource companies voluntarily provide information about their corporate tax payments in PNG through the Extractive Industries Transparency Initiative. Digicel should do the same. Until it does – or alternatively, until the government releases this information – the suspicion will remain that Digicel is not paying any corporate tax in PNG, and the push will continue for alternative ways to tax Digicel’s monopoly profits.

Rohan Fox
Rohan Fox is a Research Officer at the Development Policy Centre and holds a Masters in International & Development Economics from ANU. He was formerly a lecturer in economics at the University of Papua New Guinea.