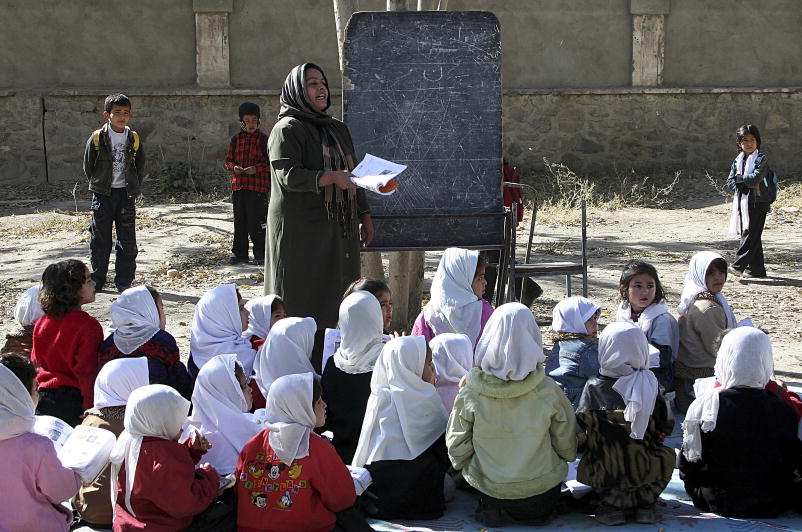 The rights of Afghan women are essential to peace negotiations.

Afghanistan and its donors: a critical time

The Geneva Conference on Afghanistan, on 23 and 24 November, presents an important opportunity for renewing the partnership between Afghanistan and the international community. It can help secure Afghanistan’s transition from aid dependency to self-reliance, and from conflict to peace.

After the controversial US-Taliban accord of February 2020, talks between the Afghan government and the Taliban commenced in Doha in September. Even if negotiations between the Afghan government and the Taliban progress well, and both sides then uphold their prospective commitments, these will still only be the first steps towards lasting stability in Afghanistan. I have written extensively elsewhere about what is needed to secure Afghanistan’s transition and a potential political settlement. In this blog, I focus on what is required from donors.

In a best-case scenario, violence will fall significantly, and along with it the direct and indirect costs of security. The World Bank estimates that in such a scenario Afghanistan will be able to make do with about US$6.3 billion annually in military and development aid for the next five years, 26% less than the current level. This assumes a significant increase in domestic revenue. However, if the peace process fails and the level of violence increases, the World Bank says Afghanistan will need an additional US$2 billion of aid annually.

The COVID-19 pandemic has weakened economies worldwide. Recent progress in the development of the COVID-19 vaccine has created optimism that the global economy could bounce back next year, but aid budgets are still likely to come under pressure.

The other risk is that if the international community thinks that the settlement now being negotiated will compromise the rights of women, or human rights and democratic values more generally, then it will be reluctant to provide much aid. This risk can be mitigated by donors making their aid conditional, and by the Afghan government ensuring that such gains are protected in whatever agreement they reach with the Taliban.

How generous donors will be remains to be seen. If the required donor financing is not available, it will not only undermine stability but put a post-settlement order at the risk of collapse. This has happened before, with the termination of foreign aid from the Soviet Union contributing to the collapse of the regime it supported and a political transition in the 1990s.

The trajectory from war to peace in Afghanistan will be far more complicated than that from peace to war. Ultimately, Afghans will determine their own destiny, but the international community’s political and financial support to Afghanistan will remain vital in paving a path to stability and self-reliance.