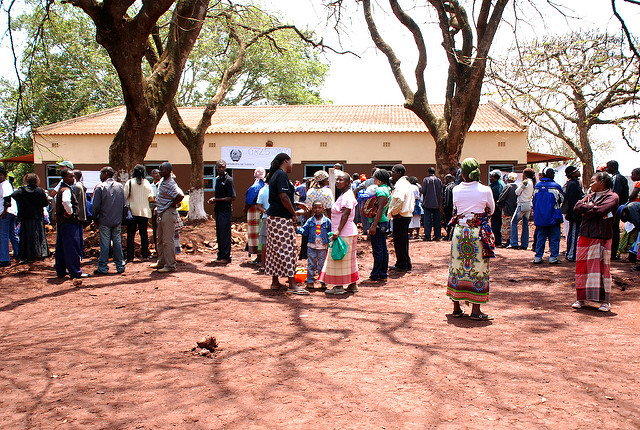 This post, the third in a three-part series, presents excerpts from a lecture given by Andebrhan Welde Giorgis at the Development Policy Centre in April 2017, entitled “Democracy in Africa: Past, Present and Future”. Read parts 1 and 2, download the full lecture here, or listen to the podcast here.

What then are the prospects of democracy in Africa? Can the prototype African State reconstitute itself and reverse course to reclaim legitimacy and relevance?

It is very difficult, in fact impossible, to gauge or predict the prospects of democracy in Africa, or in any single African country. Africa is enormous and diverse. Its 54 states have different colonial legacies (Anglophone, Francophone, Lusophone) and varied political systems (monarchical, presidential, parliamentary). With an area of 30.3 million km2, Africa is larger in size than China, Europe, India, Japan and the United States put together. It is home to 1.1 billion citizens; more than 2,000 languages; and over 8,000 traditional governance and legal systems. Above all, much of Africa is a deeply tribal or clannish society where identity politics matters.

Besides, Africa faces, with the rest of the world, the threat of random terrorism: ISIS in Egypt and Libya; al-Qaida in the Maghreb; Boko Haram in the Sahel; and al-Shabaab in Somalia. Climate change, irregular migration, endemic diseases and vulnerable economies also pose serious challenges. Rising populist voices of nationalism and isolationism in a post-truth era of fake news and alternative facts in the Global North represent added uncertainties. On the other hand, demographic dynamics, resource base and the evolving shift in the international balance of power, wealth and influence from the West to the East offer Africa certain comparative advantages.

These undercurrents, driving national, regional and global events, would affect the evolution of democracy in Africa. The decisive factor, however, would be the internal dynamic: the way African States and pro-democracy forces meet the challenges and leverage the opportunities. In this regard, there are significant success stories which inspire optimism for the future. Cases include Botswana, Cape Verde, Ghana, Mauritius, Namibia and Seychelles.

In the final analysis, a fundamental reform or reconstitution of the prototype contemporary African State, based on the rule of law, democratic principles and respect for human rights, would be necessary to actualise a democratic system of government, nurture a democratic culture and sustain democratic institutions. Democratisation of Africa’s political systems would require access to political power to arbiter interests and allocate resources in society. This makes the struggle for democracy essentially a struggle for power.

In conclusion, I would like to propose four key elements that could drive a gradual process of democratisation in Africa: