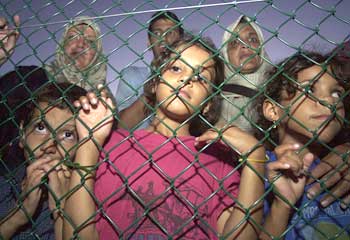 Our (normally) monthly round-up of Australian aid and development news. This edition covers December and January.

December was a frantic month for Australian aid with the confirmation that $375 million from the aid budget will be diverted to pay for the expenses of asylum seekers within Australia (analysis of the issue from Devpolicy can be found here, here and here). The controversy gained considerable media attention (for example, The Australian, The Age, and the ABC) and saw a rapid mobilisation of NGOs and advocacy organisations. Notable actions included an open letter of protest published in The Australian and this GetUP! campaign which generated over $100,000 for advertisements on national television.

Criticisms  and questions ranged from whether the deversion was a legitimate use of aid funds, to the lack of visible policy about what costs are eligible, the negative implications for aid effectiveness and the scale-up, and the absence of transparency around the decision.

There has been little response from the Government, except to say that “wherever possible, payments are delayed not reduced” and that some projects have already been delayed. The size of the mid-year cut is unprecedented. It corresponds to about 8 per cent of AusAID’s budget, and means that AusAID’s budget outcome this year will be lower than last year. There is widespread talk in the sector of instances of delayed projects.

While the preliminary findings of the OECD DAC peer review team were positive for Australian aid, this policy shift and its various implications can be expected to loom large in the final report, especially since the OECD team highlighted predictability as a strength of the program.

The issue will no doubt also feature prominently in the Senate Additional Estimates hearings, taking place on February 14.

A tick for seasonal workers, at last

The Department of Education, Employment and Workplace Relations finally this month released its Pacific Seasonal Worker Pilot Scheme (PSWPS) evaluation, apparently in response to an FoI request (here). The long-overdue report, dated September 2011 is overall positive on the pilot, but reinforces findings we have already reported on the PSWPS, in particular that the increasing numbers of backpackers and the prevalence of illegal labour are obstacles to the growth of the scheme, which has struggled to find employers to hire Pacific labourers. The report lacks data on the productivity benefits of using seasonal workers, though the qualitative and anecdotal accounts presented are extremely positive.

Meanwhile, as reported here, the number of workers recruited under the Seasonal Worker Program, the permanent replacement of the pilot, appears to have stabilized at around 100 a month, about half the cap, and a third of the levels hired in the similar New Zealand program.

AusAID has made available the mid-term review of its Development for All strategy and the management’s response to the review here. The Mid-term review finds that positive steps have been taken towards a more inclusive aid program in the first years of implementation of the strategy. AusAID has agreed to all of the recommendations of the review.

The Office of Development Effectiveness released its latest evaluation, this time on Australian law and justice assistance. This whole-of-government analysis (only 29% of the $370m spent per year is directed through AusAID) found that the programs were ‘flexible, responsive, and willing to innovate’ but found that their objectives were often too ambitious, with weak underlying theories of change. The government accepted, or accepted in principle, the nine recommendations. The report’s release appears to be about 18 months after the completion of the report, indicating that timely release of ODE evaluations continues to be a problem.

AusAID also announced the results of their mid-term reviews (which are still not publicly available in full) of the AusAID-UNDP partnership (which has been good but “there is scope to further strengthen cooperation in future years”) and the AusAID-UNICEF partnership (which was overall quite positive). We anticipate the public release of the reviews shortly.

Commonwealth funding – but where’s the performance?

AusAID put out a total of 18 news items on the 21st of December. Buried amongst them was this brief and cryptic announcement of continued funding for the Commonwealth Fund for Technical Cooperation, a program housed in the Commonwealth Secretariat. The Commonwealth Secretariat scored the worst (in terms of both performance and strategic/development alignment) of all multilaterals assessed in AusAID’s recent multilateral assessment (or AMA) scorecard. AusAID’s just-released Multilateral Engagement Strategy promises that funding decisions will be guided “by assessments of the effectiveness of each multilateral organisation and its alignment with Australia’s national and development interests (examined in detail in the AMA and the Scorecard).” The press release, however, makes no mention of the Secretariat’s poor performance in the AMA nor does it indicate whether funding is being increased or reduced.  Budget allocations to the Commonwealth Secretariat as a whole have remained steady in the last two years.

Australia gets an ADB Vice-Presidency

Bruce Davis, Director General of AusAID from 1999-2009, has been appointed as ADB Vice-President in charge of administration and corporate management. This is a new VP position, filled by an Australian as a reflection of Australia’s standing as the second largest contributor to the most recent replenishment (April 2012) of the Asian Development Fund. ADB has been criticized for its practice of reserving de facto not only the position of President but also those of Vice-Presidents for particular countries.

Last year we reported on how we would like to see transparency at AusAID, and by default their website, improved. AusAID has already implemented some of our recommendations for changes to their publications page (including a list of ‘latest publications’, which still need to be dated, and a search function). Our recommendations on information at the project level and access to raw data are still outstanding.

In terms of AusAID’s Transparency Charter, all countries and regional programs (with active and continuing aid programs) have now had their country pages updated to the new transparency format (in line with the stated schedule). Some ‘aid issues’ pages (such as economic growth) remain to be updated.

ANU will be hosting the 9th Australasian development economics workshop on the 6-7th of June. The conference committee has put out a call for papers and interested parties can register to attend here.

Devpolicy’s Stephen Howes and Robin Davies give their view on key aid challenges for 2013 here.

Australia’s Minister for Immigration and Citizenship Chris Bowen outlined the content of the aid package for Manus Island that forms part of the agreement with the PNG government to allow offshore processing on the island, but there is still no costing for the agreement.

AusAID has renewed its strategic partnership (not yet publicly available) with the country’s eight largest NGOs.

AusAID released its Bangladesh country strategy in December, bringing 14 of the top 20 (according to our research) bilateral aid recipients under country strategies.

The Lowy Interpreter recently ran an engaging series on their blog questioning the purpose of Australian foreign aid.

In the last two months AusAID has responded to humanitarian crises in the Philippines, Syria, Fiji and Samoa.

Asif Saleh from BRAC, a Bangladesh mega-NGO, blogs for AusAID on BRAC’s successes and the long history of AusAID support for their work, which is now extending inexorably into other parts of the developing world.

Cardno hosted a conference in Canberra in December on mining and international aid. Papers are available here.

The World Bank has announced a new Country Director for their Sydney office, Franz Drees-Gross, who will be responsible for the Pacific Islands, Papua New Guinea and Timor-Leste.

There is still no sign of the AusAID’s first Annual Review of Aid Effectiveness, which was due in November of last year.