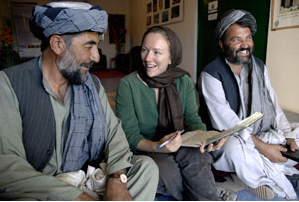 Welcome back to the Aid Buzz for 2012. Our last Aid Buzz was published in late November, so in this round-up we will cover December and the first half of January. The Aid Buzz will continue to be published monthly throughout 2012.

‘The quality of Australian aid – an international perspective’ [pdf] report is largely focused on analysis from the Brookings Institution’s Quality of Official Development Assistance (QuODA) index, complemented by data from three other global assessments of donor aid performance.  It was accompanied by an ODE brief [pdf] on aid to fragile states. ‘The quality of Australian aid — an internal perspective’ [pdf] is the ODE’s assessment of AusAID’s own performance reporting. Both results highlight some problems but are overall upbeat. The international assessment points to “strong results” and “world class performance.” The internal assessment which is based on 2009-2010 data report is similarly positive, finding improvements in a range of areas. Unfortunately, but not suprisingly, given the timing of release, there has been little if any press coverage of the two reports. But watch this blog in the coming weeks for commentary and analysis.

Meanwhile in a move that seems to signal ODE’s move towards becoming AusAID’s internal thinktank, it recently released seven new thinkpieces on gender, policy dialogue and the Pacific.

The ODE also funded a discussion paper [pdf] by Dr Rick Davies on 3ie (The International Initiative for Impact Evaluation). And it released a podcast of an interview with Andrew Mason, Lead Economist and Regional Gender Coordinator for the World Bank in the East Asia and Pacific Region, and Gillian Brown, AusAID’s gender advisor, on the WDR 2012.

The policy outlines Australia’s response plans for major disasters and humanitarian crises such as famines. Australia has been showing its strength recently as a responder to such crises — it was one of the first countries to assist the Pakistan flood victims, providing $75 million in humanitarian and early recovery assistance, and was the fourth largest country donor to the Horn of Africa famine crisis in 2011.

The new policy outlines how Australia will respond to humanitarian crises, including use of the Australian Civilian Corps, and the guiding principles for such responses. The policy pledges timely, coordinated, accountable assistance, in partnership with governments and NGOs.

AusAID gets a blog

AusAID now has its very own blog, titled ‘Engage’. The first post, by Minister Kevin Rudd, went up on November 30. There are now six posts in total. Blogs so far have been on topics such as HIV in PNG, farming in Africa, gender violence, and food security in Indonesia.  There has even been a bit of debate in the comments section.

In other social media news, the ODE is now on Twitter.  The Lowy Interpreter also shared AusAID’s social media policy video for staff. And the AusAID YouTube channel was updated with a whole bunch of new videos in December and January. The uploads are a 15-part series titled ‘Changing Lives’, chronicling Australians working for development in the Asia-Pacific.  The videos depict volunteers and AusAID field staff working in communities, explaining the work that they do and the impact that it has on development. You can watch the full series of Changing Lives videos here.

Aid Buzz is our monthly round up of the issues and news in Australian aid. Ashlee Betteridge is a Researcher for the Development Policy Centre. Ashlee is leaving the Centre to work in Timor Leste. Her Devpolicy colleagues wish her well for the move, and offer our sincere thanks for all her good work on the Devpolicy blog and social media sites.