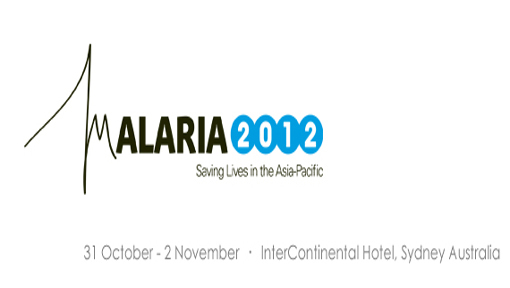 Earlier this month Sydney hosted the conference ‘Malaria 2012: Saving Lives in the Asia-Pacific’. (Conference materials can be found here). This three-day conference brought together more than 300 delegates aiming to “accelerate progress towards the global target of a 75 per cent reduction in malaria and deaths in the Asia-Pacific region by 2015.”

Unfortunately, it has not been made public who signed the communiqué. However, nine regional health ministers and two finance ministers did attend the third ministerial day of the conference (and some parts of the conference itself). Still, of the five countries responsible for 93% of malaria in Asia (Bangladesh, India, Myanmar, Indonesia and PNG), only Myanmar and Indonesia were represented.

The consensus document (here [pdf]) stressed the importance of accelerating high priority research and development. Despite this, AusAID announced at the Conference it would only be providing $10 million over four years to malaria research, only 10 per cent of the $100 million AusAID says it is committing to malaria. The token commitment to R&D is consistent with AusAID’s quietly-released final Medical Research Strategy which, like the draft (criticized by us here), disappointingly promises less than $10 million a year for global medical research.

Transparency on the rise at AusAID

This month AusAID’s Communications, Ministerial and Transparency Branch hosted the second annual ‘Aid Transparency External Review Group’ meeting. The half-day forum updated stakeholders, both internally and externally, about the major improvements in AusAID’s transparency over the past year, which are reflected in Australia’s improvement in the 2012 ‘Aid Transparency Index’. The forum highlighted the significant improvements to AusAID’s website, its reporting to IATI, its commitment to the Transparency Charter and the Australian Government’s Information Publication Scheme.

To keep an eye on the ever-expanding AusAID web site, we introduce a new Aid Buzz feature: the AusAID web watch.

November was a month of days, which AusAID duly marked: World Pneumonia Day (Nov. 12), World Diabetes Day (Nov. 14) and World Toilet Day (Nov. 19). Unfortunately, in its piece on World Toilet Day, AusAID repeated the error (see foreword [10Mb pdf]) made by the UN Secretary General in claiming that the MDG goal of halving the number without safe water had been met. It hasn’t. It is the number without access to improved water supply that has been halved, and, as we point out here, that’s a very different thing: water can, and often is, be improved but not safe: think of tap water that needs to be boiled.

On a more positive note, check out the new thematic pages for education and sanitation.

AusAID’s first Annual Review of Aid Effectiveness was “due by the end of October 2012, and will be made publicly available soon after,” according to the new Comprehensive Aid Policy Framework. Which means it should be imminent. Stay tuned.

A critical Four Corners report on the effort to limit multi-drug resistant TB transmission from PNG to Australia featured claims by villagers that they were not being reached by the new aid-funded sea ambulance and as a result were not able to complete their drug prescriptions. Meanwhile, AusAID has released new documents, including an Evaluation of Risks of Tuberculosis in Western Province, Papua New Guinea by Emma McBryde, which finds that the “burden of tuberculosis, in particular MDR TB, is very high in Western Province, well above current WHO and PNG Department of Health estimates” (p. 9).

On December 13 Cardno will be hosting a one-day conference to look at how aid agencies and mining/extractive industries might work together to reduce poverty and conflict in resource rich fragile states around the world. The conference will include a variety of senior paticipants from the Australian Government, the World Bank, academia, and mining and extractive industries. You can register here (contact here for more information).

Prime Minister Julia Gillard visited Laos this month and announced three aid initiatives. The first is a four-year, $43 million program to help people in rural areas start up small businesses. The second is the Australia-Laos Institute, which will receive $20 million to provide professional development training to people from government, civil society and the private sector. The third is an in-country scholarships program that will provide 280 students from disadvantaged backgrounds with opportunities to study within Laos over the next four years – a nice change from the more usual announcement of additional scholarships to study, at considerable expense, in Australia.

Prime Minister Gillard and Philippines President Benigno S. Aquino III have announced Australia will provide $85 million over six years to help rebuild education in Mindanao after decades of conflict in the southern Philippines.

AusAID held a forum this month to discuss the findings of research it has commissioned on universities’ engagement in education for development. Stay tuned for more coverage.

Australia’s Asian Century White Paper has been released with a focus on scholarships but barely a mention of aid. This was presumably a relief for AusAID, which has enough on its plate implementing the Government’s response to the Independent Review of Aid Effectiveness.

Australia has announced 30 scholarships will be offered to the next generation of Myanmar leaders to study in Australian universities in 2013. The number is expected to increase to 50 a year from 2015.

AusAID’s Office of Development Effectiveness has released a paper [pdf] setting out the “methodology for how ODE monitors and evaluates the influence of its independent evaluations within AusAID and beyond” (p. 1).

Two Bills passed in the Senate this month to clear the way for the Australian Charities and Not-for-profits commission the begin operating in early December. The ACNC will act as an independent regulator of charities in Australia, including international development NGOs.