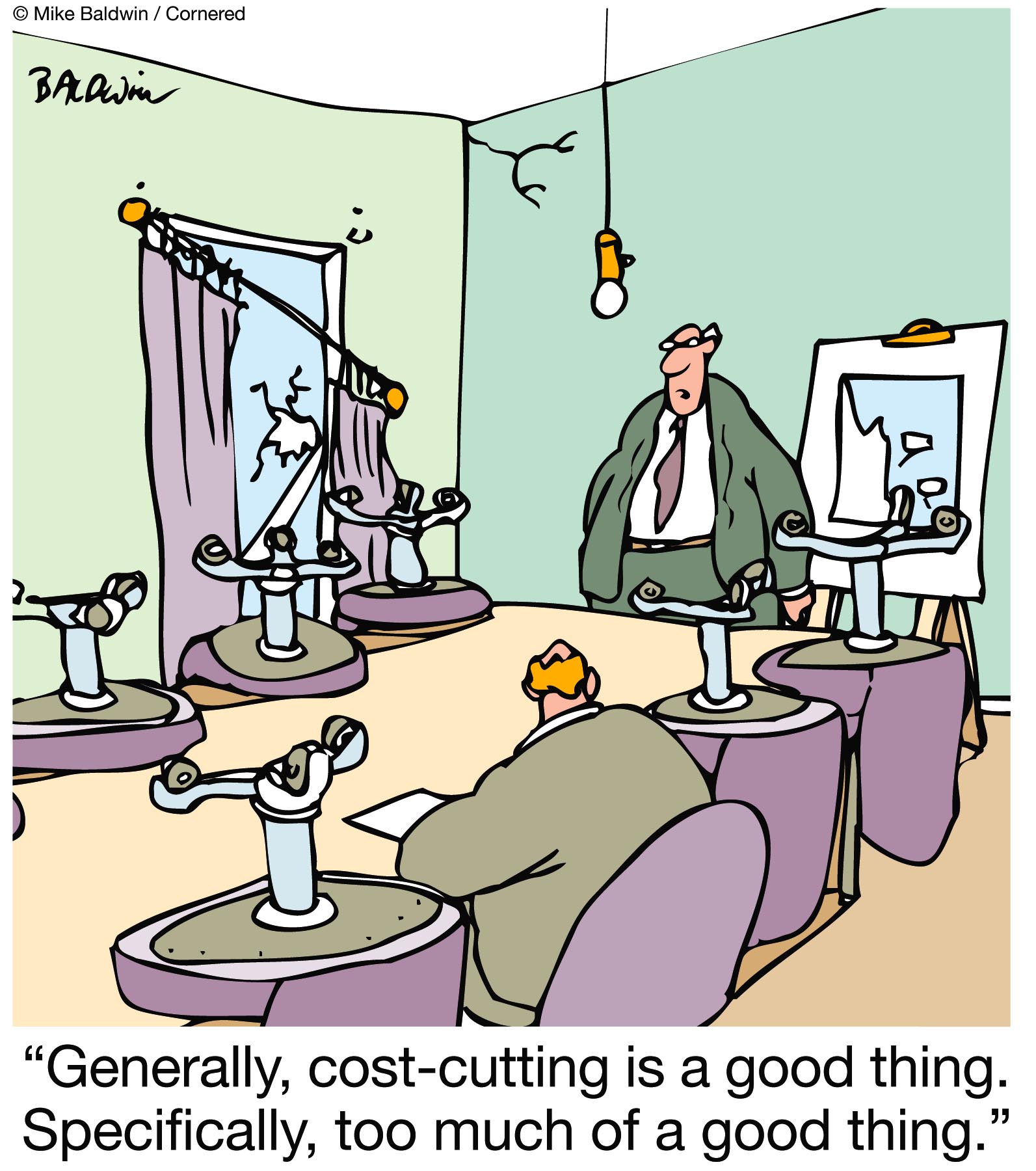 Like all good myths, this one’s origins are lost in the mists of time. Maybe it was born in a brainstorming session in an NGO marketing department. Maybe it’s the byproduct of an ambitious politician aiming to gain political capital by bashing bureaucrats. Maybe. What is certain is that, wherever it came from, the myth that aid agencies and NGOs should keep overheads low is pervasive.

For example, in a recent speech the New Zealand Minister for Foreign Affairs, Murray McCully stated that:

The share of our total aid budget – that’s $525 million this year – that we spend on overheads is far too high.

It is approximately $45 million if you look simply at the costs of running what is now called the International Development Group, or IDG.

But when you account for IDG’s share of the overall MFAT corporate overheads – something that has only happened as a result of changes initiated by John Allen and myself – the cost of doing development business comes to $64 million, or roughly 12% of the total budget.

That figure needs to come down.

Meanwhile in the UK, the current government is also focused on reducing overheads, with a recent house of commons report noting that:

While DFID will be increasing its total spending over the next four years, it will also, according to the CSR, have to reduce the share of expenditure spent on running costs – from 4% to 2% of the total budget. Administration costs which are a subset of running costs, excluding most frontline staff, are to be reduced significantly – by 33% in real terms.

Here in Canberra things aren’t quite so bad, but they’re not good either. There is no talk of an absolute reduction in overheads, yet at the same time, as far as I’m aware, while there is plenty of talk of doubled aid flows, no one is suggesting that staffing numbers will be increased at anything near a similar rate.

In the NGO sector things aren’t any better, as Saundra Schimmelpfennig shows here in a blog post looking at not-for-profit advertising.

And, if this paper [pdf file – go to page 18] is anything to go by, the Myth of Low Overheads is alive and well in parts of academia too.

The idea that overheads need to be kept low is everywhere in development. It is also wrong. In fact it’s not just wrong, its harmful.

Staff and time are important because staff who are overly busy (and in my personal experience this includes almost everyone in an aid agency) aren’t able to fully engage with the complexity of what they are trying to achieve. Too often, they aren’t able to learn or they’re not able to put what they learn into practice. Corners get cut and mistakes get made. Potential alternatives are never investigated. Busy staff also often don’t have time to develop relationships with their counterparts in aid recipient countries. Yet these relationships matter.

The idea that aid money can be saved by simply eliminating back office staff is also wrong. Maybe somewhere on Earth there is an aid agency back office staffed by people who do nothing all day but surf the net and smoke cigarettes. But in my experience this is most definitely not the norm. Be it contracting or finance, or taking care of HR, back office staff are integral to aid work.

It’s true that the need for overheads can be reduced if the number of aid projects that aid agencies fund is also reduced, as part of a move to fewer and larger activities. This is what’s being suggested for DFID and the New Zealand aid programme. Yet even here the equation isn’t a simple one. While there is a good case for moving to higher level aid modalities, it’s not equally true for every aid recipient country or in every sector. Scaling up aid work should be driven by context – scaling up when it is likely to work – not by ideas being pushed for their own sake.

It’s also true that, depending on how overheads are defined, they can be reduced by contracting out services once undertaken by aid agency staff. But, unless contractors can do the same quality of work at a lower cost, this is nothing more than smoke and mirrors. And often they can’t – most aid agencies pay contractors a lot more on a daily basis than they pay their own staff.

To be clear, my argument here isn’t aid agency or NGO overheads should be unrestrained, or that they can never be too high. All I’m saying is that it’s not as simple as lower being better. The right way to think about overheads is to start by thinking about need: what is needed to do the job well. And then working from there. Simply reducing overheads for the sake of being able to talk about reductions is daft, and likely to do harm.