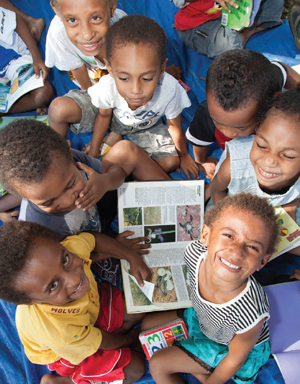 Aid to PNG: a long game

Stuart Schaefer
Stuart Schaefer was head of Australian Aid in PNG from 2012 to 2014 and is now Director of International Programs at Save the Children.