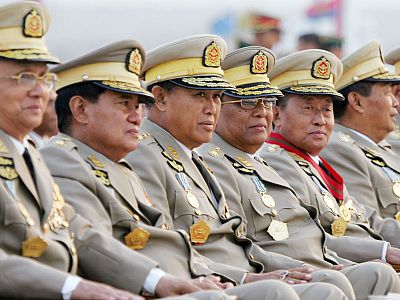 Aiding or Abetting? Should we give aid to dictatorships?

Ever the provocateur, William Easterly has an article in the current issue of the New York Review of Books making the case for democracy and castigating aid agencies for their ongoing funding of dictatorships.

I think Easterly is absolutely right in his support of democracy. Not only does it seem fair that people should have a say in decisions about how they’re governed, but there are also significant development dividends associated with democratic governance. While democracies don’t on average experience higher economic growth rates than autocratic regimes, their rates of growth aren’t any lower either. Meanwhile, democratic transitions do tend to spur economic growth. Democracies also typically have more egalitarian distributions of wealth than dictatorships, and pay higher wages to workers in the manufacturing sector. Their human rights records are also better and they experience fewer severe economic shocks. (I’ve summarised evidence for these claims here.)

And yet, despite agreeing with Easterly on the importance of democracy, I found myself exasperated with the article and the j’accuse Easterly levels at the aid industry.

In part this is because of the rough and ready way Easterly musters evidence to his cause. He mischaracterises the views of Paul Collier. And he laments the low levels of ODA given to countries rated as ‘Free’ by Freedom House, while failing to note that 80 percent of these countries are Upper-Middle or High Income countries (as classified by the World Bank) and so wouldn’t normally receive aid anyhow. Curiously for an academic writing an article on aid and governance he almost entirely fails to reference the burgeoning academic literature examining the interaction between aid and governance. (Fortunately, on this last shortcoming, Easterly did link to the article from his blog, providing space for further discussion. And in comments below his blog post, Joseph Wright and Sarah Bermeo provide an excellent overview of recent studies, which appear to show that since the end of the Cold War donors have tended to route aid away from the governments of poorly governed countries, and aid has tended to be associated with positive reforms although not necessarily democratisation.)

More than this though, Easterly essentially skirts around the central dilemma aid agencies face when dealing with dictatorships — that fact that withdrawing aid might achieve nothing other than to harm those people who need it most.

Implicit in Easterly’s argument is the belief that aid is an essential ingredient enabling dictators to stay in power, and that should it be cut off or routed entirely outside of government reform would follow. Yet he provides no real evidence to support this, and I’m far from confident it’s correct, particularly given the historical record. Soviet aid to Cuba collapsed in the 1990s, yet Fidel Castro remained in power for another two decades, ultimately succumbing to diverticulitis not popular pressure. Similarly, although humanitarian aid was still sent to Zimbabwe under Mugabe, Western aid to his government was effectively cut off, but with little appreciable impact on his hold on power. It would be a great thing if aid agencies had it in their ability to emasculate despots simply by turning off the funding taps, but this isn’t how the world works.

On the other hand, some non-democratic countries, such as Vietnam, actually follow relatively good, pro-poor economic policies, making them the type of of setting where aid is most-likely to be effective. In these instances do we really want to cease aid, when it’s helping lift people out of poverty? Similarly, even in the most repressive dictatorships, at least some aid is usually directed to social services for the poor. Do we really want to cut this off?

This dilemma, I think, explains much of the aid that continues to flow to dictatorships and other not-so-democratic regimes. It’s true that some aid is given to dictatorships simply because it’s in the geo-strategic or economic interest of donor countries, and this is deplorable. But what about aid to Fiji, for example? I don’t think either Australia or New Zealand’s diminished but continued provision of aid to Fiji is a product of their own self-interest. Instead, the aid continues, I’m almost certain, because donors are worried of the harm that might occur to Fiji’s people if it were withdrawn.

Having said all this, I’m still not wholly comfortable with aid going to dictatorships. This is certainly the case when that aid only flows because of donor self-interest, but even when aid is well intentioned there is always the chance that it is actually helping a dictator stay in power. And it’s almost certain that at least some of it will be lining the pockets of the strongman and his cronies.

One way of negotiating the dilemma is to direct all aid to countries ruled by dictatorships though NGOs and other CSOs, which already happens to an extent in some countries. This is certainly a good solution in many circumstances. But it’s not the whole answer either. Often in autarchys civil society is either suppressed or co-opted by the state. Also if public services are still functioning, given the start up costs of establishing parallel systems, they may still remain the most efficient way of delivering services. And then there’s possibility that the regime might not let donors operate outside the mechanisms of the state.

Another possibility is to make aid flows conditional on democratic reform. This is an appealing solution: use aid as carrot and stick to encourage change. But it’s also an approach that may serve to do little more than postpone the problem. Aid recipients may agree to reform, aid may flow, and reform may not actually take place. Which means that a couple of years later donors will find themselves back where they started – wondering whether to give aid to a dictatorship. Moreover, to return to the case of Vietnam, ODA amounts to less than 4% of the country’s GNI. To be honest, that’s really not much of a stick.

Like I said, it’s a dilemma. And I have to confess that I don’t know how it should be addressed. I’m inclined to think that the best approach is to attempt to resolve it on a case by case basis. Carefully evaluating the extent to which the aid currently given is helping the poor, and the extent to which aid is promoting or hindering democratisation efforts. Interestingly, this is the approach that seems to follow from the results of recent research by Joseph Wright. In his work Wright finds evidence to suggest that whether aid promotes or prevents democratic reform depends upon the political and social characteristics of the country in question. Perhaps this type of analysis offers a way forward?

At least, that’s where my thinking’s at. But what about you? What do you think? Should Australia and New Zealand be giving any aid money to countries ruled by dictators? Should this money be strictly conditional on reform? Should it only go to civil society? And are there any other ways out of the dilemma? I’m keen to hear what you think.