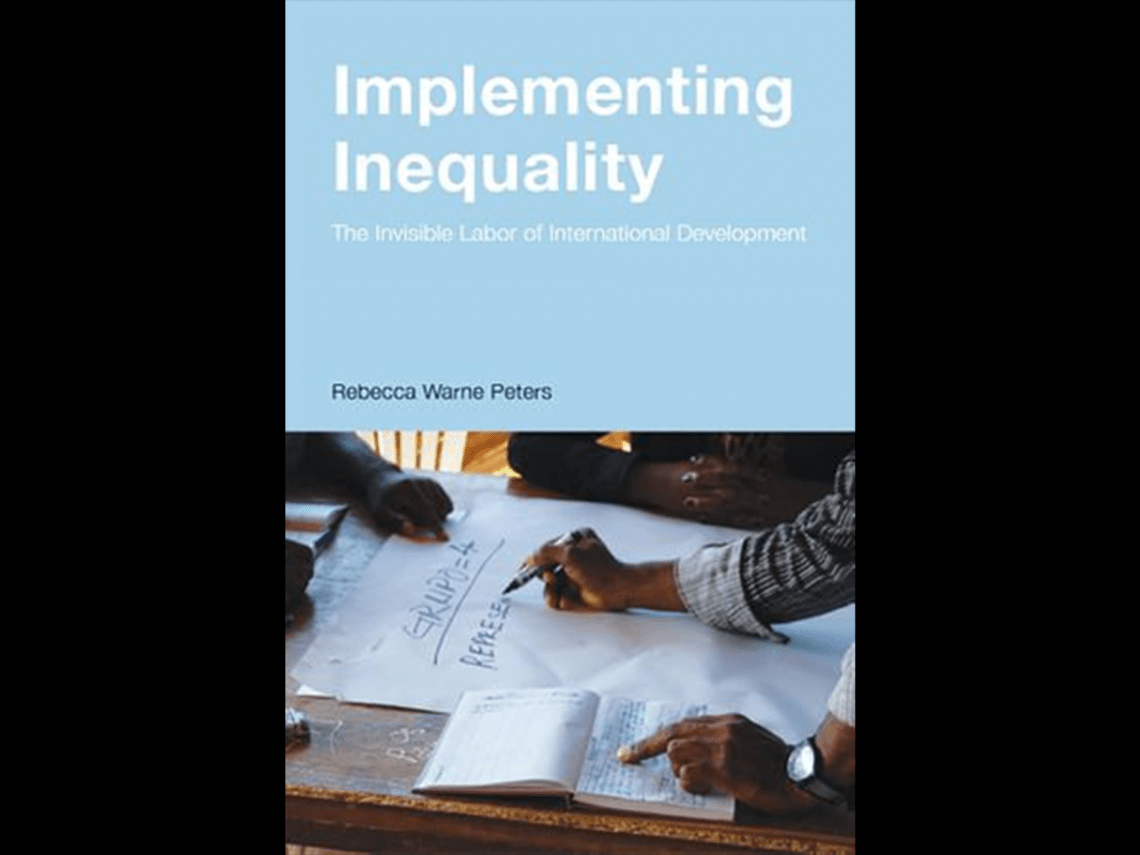 Donor officials are prominent in the performative ‘front-stage’ of aid, cutting ribbons at school openings, launching corporate plans or signing another Memorandum of Understanding (MoU). Yet these officials are not those who build the schools, write the plans or try to give life to signed documents. Aid delivery is contracted out, implemented by organisations that remain firmly back of stage. These groups include commercial companies, international non-governmental organisations, and smaller, more boutique outfits.

I’ve worked for a few such organisations over the years and daresay that many of the readers of this blog have too. Yet when it comes to writing about implementation – its precarity, incentive structures, the gnawing worry that what one is doing is not to the satisfaction of those managing the contracts, the challenges of trying to find the words to capture the good, bad and ugly of programming – we get cagey. We’re happy to set the world to rights with friends over drinks or messaging platforms but gun-shy in public forums like blogs, webinars or academic articles.

Rebecca Warne Peters peers behind the curtain of implementation in this absorbing book, Implementing Inequality: The Invisible Labor of International Development. She provides a fine-grained portrait of implementation that had this reader nodding his head in approbation. All interested in development will get something out of this work.

Warne Peters is an anthropologist and Implementing Inequality recounts interpretations derived from observing the implementation of a good governance program within municipal governments in Angola in the late-aughts. I’ve never been to Angola but versions of the approach are familiar throughout the Asia-Pacific. Project components included deploying technical expertise, setting-up community-based organisations and programmatic efforts to foster citizen-state relations.

Her focus is less on what the program does and more on the people that try to alchemise program goals into reality. Warne Peters has a neat description for these people who work at the ground level. In a nod to Karl Marx, she calls them the ‘implementariat’ and almost all are citizens of the country in which they are working. The book explores their everyday work and the internal drivers and incentives of the industry in which they are part.

The book’s subtitle ‘The Invisible Labor of International Development’ has a dual meaning. It both reflects that this class of workers is rarely seen and also that much of their work is itself unnoticed and underappreciated. In an industry that prioritises the tangible output, the truly important work of this implementariat – nurturing and maintaining relationships, cajoling and explaining, ensuring relevant people are on board with the project and no one gets missed off the invite list – is ‘relegated to the shadows or rendered invisible in the development industry’s rationalized models of work’ (p.33).

After a brief scene-setter, the book’s argument unfolds in five substantive chapters. In the first, entitled ‘Development Hierarchies’, Warne Peters shows how the development industry underappreciates social and relational work, emphasising instead the bureaucratic rationalisms of corporate plans and the like. Her second chapter ‘Development’s Inputs and Outputs’ is delicately drawn, illustrating the adroit social skills and efforts required to get the supposed real ‘work’ of development off the ground. I saw what Warne Peter describes in many of the places where I have worked: quiet words here, phone calls there, misunderstandings smoothed over. This was often virtuoso work. I appreciated it, I know others did too. It wasn’t so much that I didn’t have the vocabulary to describe their work, but more that there were no official outlets in which to record appreciation.

Warne Peter’s third chapter takes a scalpel to an omnipresent feature of international development – ‘Monitoring and Evaluation’ – and in so doing illustrates her argument that hidden and rigid hierarchies are embedded within programs. To borrow from Marx, M&E is petit bourgeois work, its practitioners compensated better accordingly but not really understanding fully what goes on at the implementation level. Warne Peters tells the story of expatriate Julie (a pseudonym) hired to work as the program’s M&E adviser. Julie played truant during the part of her masters that focused on M&E, yet a few years later was hired as a guru on the subject. Julie’s job was to try to develop and apply a slew of indicators (one, naturally, being the ubiquitous MoU) to illustrate that program work was on track to achieving its results. Julie generates oodles of incomprehensible forms, which are duly translated into lamentably bad, sometimes sexually suggestive, Portuguese. The result is everyone is both bewildered and chained to their desks filling them out. (Julie’s work is rewarded with a more senior job elsewhere.)

Warne Peters shows how, in this program at least, M&E misses the wood for the trees: it does not capture the actual value of the work that is being done. This chapter also indicates the powerlessness of this implementariat; everyone is too afraid to have a direct swing at either Julie or her successor and are reduced to resentful grousing.

The title of the fourth chapter ‘Designing Interventions for Peers, not Beneficiaries’ delves into how project sites for the project were selected. As the chapter title implies, the choice of sites was influenced primarily by politics, incentives and interests among and within donors and the NGOs implementing the project. The final chapter, and my favourite of the lot, drills into one of the program’s approaches that is such a central feature of international development: the creation of groups and funding of community forums as catalysers of change. What gives this chapter added pizzazz is how the author writes unsparingly about the personality and institutional politics that hover over these sorts of endeavours. For all the highfalutin and legal-rational language of development, the author demonstrates it is relationships and experiences that shape programmatic direction.

Her conclusion that ‘development professionals must prioritise changing the inequities of their own industry’ is sobering, but she ends on an encouraging note, detecting early buds of change in addressing internal inequities.

Who will read this insightful piece of scholarship? Anthropologists of development. Who should? I can think of three categories. The first is new-starters at diplomatic posts and implementing agencies; January traditionally marks the turnover of staff and all could do much worse than pack this volume in their kitbags. The second is M&E wonks. If, as Warne Peters observes, the implementariat organise ‘their thinking by the concrete, social activity asked of them … rather than organising their thoughts on M&E data collection around the sought-after results of the program’ (p.89) then how can this relationality be captured and privileged? To paraphrase Marx somewhat, they have nothing to lose but their theories of change. The third, one hopes, are some from the implementariat themselves. This book is a fine tribute to their under-acknowledged but fundamental role.