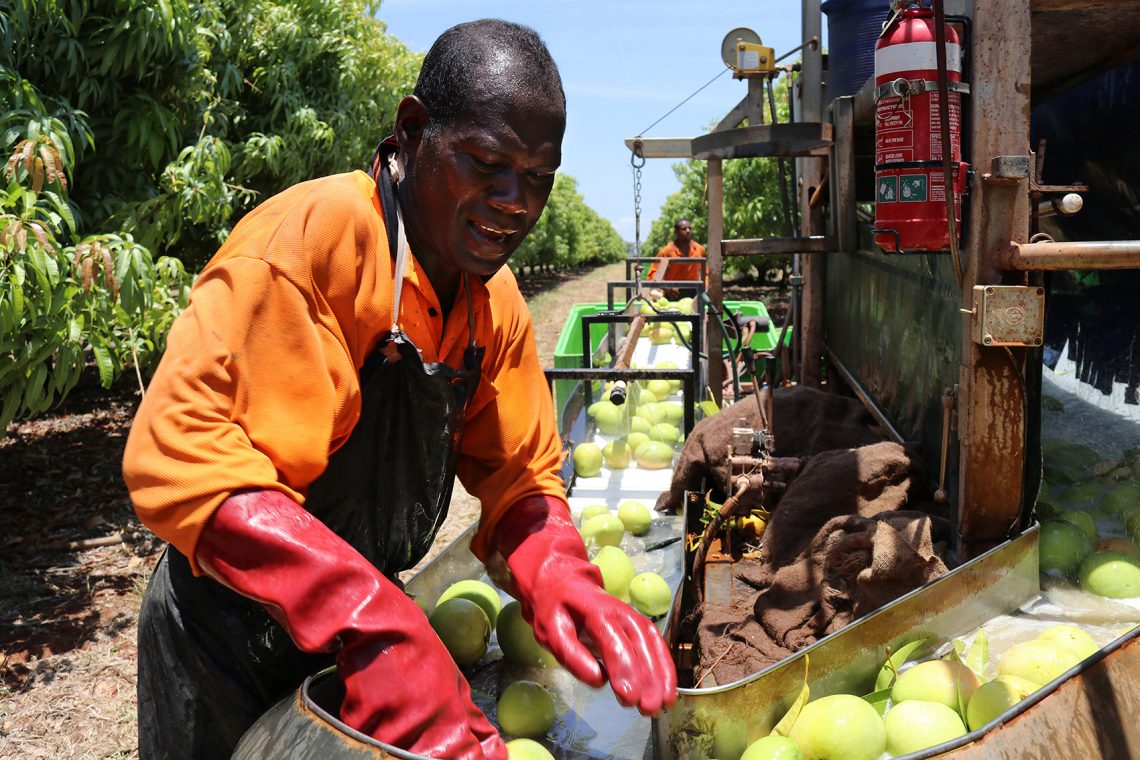 Allowing seasonal workers to continue to work in Australia: what more is needed

The Australian government announced on 4 April that Seasonal Worker Programme (SWP) workers currently in Australia can continue working in the agriculture sector. The Department of Education, Skills and Employment (DESE) website states that ‘the new visas will enable the workers to remain in Australia and continue working to support themselves for up to 12 months’. The Department of Home Affairs website outlines that SWP workers should apply for a new Temporary Activity (subclass 408) visa in the Australian Government Endorsed Event (AGEE) stream before their existing visa expires. The requirement to apply for a new visa stems from the fact that, under Australian immigration legislation, it is not possible for existing visas to be extended.

That was a good decision, one that I, among others, had called for, but what more is needed? Based on feedback from SWP employers, here are some suggestions.

Seasonal workers have to apply for a new visa through their existing Approved Employer. The Minister for Employment’s media release states that the ‘same conditions under the Seasonal Worker Programme and Pacific Labour Scheme visa arrangements, including employer sponsorship, will be carried over to the new visa arrangements, continuing the link with the agricultural sector’. For a start, SWP and immigration officials need to make every effort to streamline the visa application process. This is needed to ensure large groups of workers experience minimal delays, by, for example, enabling each applicant to avoid having to repeat information already available in the online visa system.

More operational flexibility is also needed. Official statements are promising. Home Affairs states that ‘workers currently in Australia under these programs [SWP and PLS] will also be exempt from the requirement to work for a single employer and be able to move between approved employers, allowing flexibility and continued support for the agriculture sector in meeting seasonal workforce demands’.  However, the details are still problematic.

SWP involvement, if any, should be after the new working arrangements have been made, leaving it to Approved Employers to show they have met their obligations. Feedback from Approved Employers is that the SWP approval process involves significant delays, and that unnecessarily cumbersome and time-consuming procedures are making it hard for Approved Employers to make urgent placements: urgent from the perspective of the grower and the SWP workers. For example, if the same accommodation has already been approved for use for one Approved Employer, it could automatically be available for use by another, without the need for another approval.

Media reports suggest that out-of-work backpackers from other sectors and from urban areas are flocking in large numbers to growers in areas close by for work. Queensland farmer and AUSVEG deputy chairman Belinda Adams is quoted in The Australian Financial Review (24 March) stating that:

‘There has been an exponential increase in backpackers displaced from hospitality here on the Gold Coast desperately seeking work. I’d be having on average 10 phone calls a day, at least 10 emails and just had to start locking farm gates because we’ve been having up to 10 walk-ons a day, and we have never in the history of the business had that before.’

A media release from Growcom (31 March) refers to reports of growers being overwhelmed by the number of travellers appearing at their farms looking for work, even when in many cases growers were not seeking workers. Growers have been asked to assess their workforce needs now, advertise jobs early, and wherever they can, post their vacancies on the Harvest Trail jobs board. Harvest Trail has appealed to job seekers (25 March) to not go directly to farms when looking for harvest work. Instead they should contact a Harvest Labour Services provider or the employer listed in the job advertisement.

Growers are concerned that job seekers from dense urban populations may bring the virus with them. They are also concerned that backpackers, with no experience of working in horticulture, will not be productive enough to justify their high hourly rate. The third concern is the lack of suitable accommodation. An AUSVEG media release (25 March) notes the lack of accommodation in many regions for job seekers because many providers have cut back on occupancy rates or shut their doors completely due to COVID-19.

Obviously, the form that labour market testing takes in the current environment has to change. One option is to allow growers who have engaged seasonal workers recently to do so again. Another option is for Approved Employers to certify that they have tried to recruit workers through the Harvest Trail in their area. The 16 Harvest Labour Services providers (soon to be called Harvest Trail Services), including six providers to be established in new regions from 1 July 2020, are responsible for assessing job seekers’ suitability for jobs in horticulture prior to connecting them with employers.

These providers should be asked to assess not only whether job seekers with the necessary experience in horticulture are available. They should also ask job seekers to show that they do not have the virus by, for example, proving they have isolated themselves for two weeks in the local area. Job seekers should also be asked to prove that they have suitable accommodation where the job vacancy exists. These criteria will mostly likely narrow the job search to suitable job seekers who are already resident in the local area.