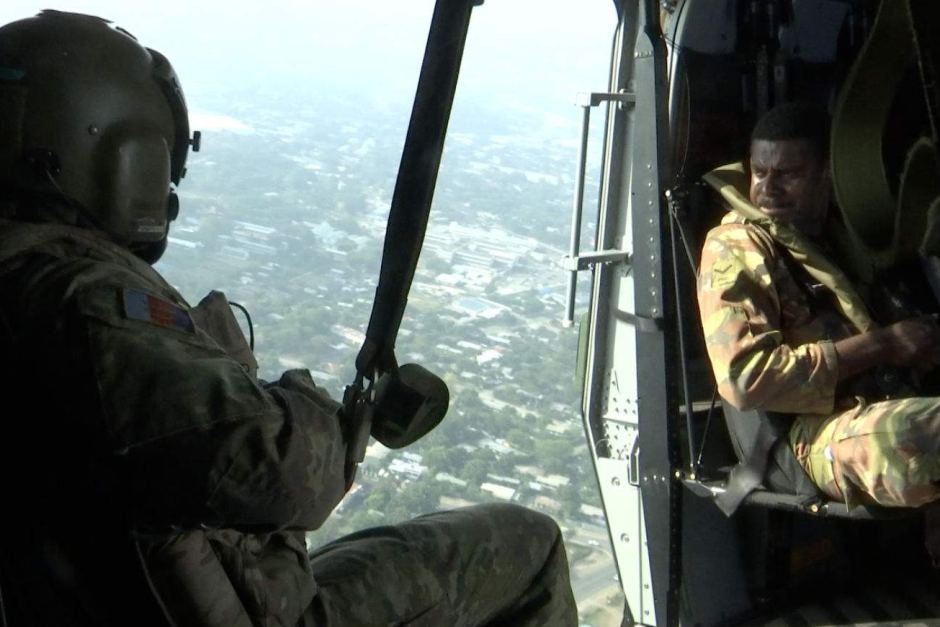 The APEC summit in Port Moresby has ignited a firestorm of debate in Papua New Guinea. Observers have highlighted the breathtaking incongruity between the lavish spending associated with APEC – including spending on luxury cars, a new freeway, and swanky hotels and conference centres in the capital – with the lack of drugs in health facilities, underpayment of teachers, and the return of Polio. Amongst this hand-wringing, some have suggested that the elaborate security arrangements involved in the hosting of APEC amount to the PNG state effectively ceding its sovereignty to external powers.

PNG’s fledgling political opposition has pointed to the significant foreign security presence on the streets of Port Moresby during the APEC leaders meetings, comprising around 2,000 military and police personnel, as well as the personal security details of individual leaders and an array of private security providers, operating alongside PNGs own defence and police forces. The ostensible affront to PNG’s sovereignty lies in this substantial foreign presence and the legal immunities granted to these external actors under the APEC Safety and Security Act 2017 as amended in 2018. While the legislation provides security forces with wide-ranging powers to search, investigate and use lethal force against civilians, it seeks to mitigate legal liability for foreign security personnel involved in APEC, including those operating outside of PNG (presumably those involved in extraterritorial maritime and aerial activities such as operating drones).

Railing against these legislative provisions, Shadow Justice Minister and member for Sinesine-Yongomugl, Kerenga Kua has said that this arrangement contracts out the country’s security. “Our defence force is the only organisation in PNG that protects and defends our boundaries and our sovereignty… You can’t contract that away to somebody else”. In a related vein, Jerry Singirok, former PNGDF commander and instigator of the revolt against the Chan government during the Sandline Affair in 1997, claimed that the APEC legislation overrode PNG sovereignty, as well as constitutional protections of citizens’ basic rights.

Responding to the critics, PNG’s APEC Minister Justin Tkatchenko has said the special security arrangements under the Act are necessary to deter attacks on foreign guests: “if a leader is threatened by someone trying to attack, they (the attacker) can be shot”. According to Aljazeera, Neil James, Executive Director of military think tank the Australia Defence Association, supported Tkatchenko’s sentiments, suggesting that if developing countries such as PNG did not accommodate foreign security contributions, they would never be able to host major events like APEC.

While arousing nationalist sentiments on the part of some members of PNG’s elite, this heated debate over APEC has largely glossed over a much longer history of qualified or shared sovereignty on the part of the PNG state in respect to security matters. As Kua pointed out, and Singirok implied, the involvement of external security actors in this year’s APEC meeting has some resonance with the earlier Sandline Affair, where the Chan government contracted foreign mercenaries to defeat the Bougainville rebels. Concerns around the immunities granted to foreign security operatives during APEC also recollect those surrounding the earlier Enhanced Cooperation Program (ECP), which sought to deploy uniformed Australian police in Port Moresby and Lae. In that case, Australian police were forced to withdraw following a ruling by PNG’s Supreme Court in 2005 that the immunities granted to the foreign police were unconstitutional.

There are many less newsworthy examples of the PNG state sharing its security space with non-state and corporate actors. With its well-known institutional fragilities and uneven (and declining) reach in many places, the PNG state has never monopolised security provision. Most ordinary citizens rely on informal or hybrid arrangements in their communities for everyday security in both urban and rural settings. These might include local komitis, church organisations and community leaders, extended families, and, perhaps, the local Village Court magistrate and some government employees associated with the particular community. Few people routinely rely on the small and dysfunctional police force that may be difficult to access in some places, and is viewed by many as unresponsive and ineffectual, often brutal, and increasingly corrupt. Security provision in PNG has always been plural and multi-layered in practice, entailing diverse and fluid assemblages of providers – state & non-state – in different areas.

The manifest inadequacies of state-provided security, pervasive feelings and perceptions of insecurity, and the economic opportunities presented to domestic and transnational companies in this field, have driven the massive growth of private security in PNG over recent decades. Figures from PNG’s own Security Industries Authority indicate that the number of licensed security companies increased from 176 in 2006 to 462 in 2014, with a workforce of around 30,000 guards. While omitting the large number of unlicensed operators, this number exceeds the combined workforce for the Royal PNG Constabulary, PNG Defence Force and the Corrections Service. Some estimates make private security the third largest employer in PNG. The industry has flourished around elite urban enclaves, the extractive industries and, albeit temporarily, APEC.

Critics are right to suggest that APEC’s security arrangements have encroached on PNG’s sovereignty. However, the APEC arrangements are only the latest in a long history of the state ceding (by design or default) its responsibility for security to local non-state actors, corporate actors (domestic and transnational) and foreign states. As long as the economic, social and political conditions and incentives exist, PNG’s postcolonial state will continue to share its national security stage with assorted others.