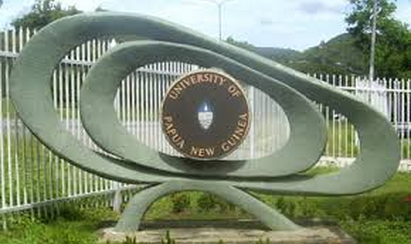 By Thomas Wangi and Stephen Howes

As anyone familiar with the PNG academic scene can testify, some departments have a lot of difficulty holding on to their staff. The Economics Department at the University of Papua New Guinea (UPNG) is a good example. It is the only economics department in the whole country. But over the last few years, and despite the efforts made by the university, the number of full-time lecturers has ranged between zero and two. Several have departed over the years for a range of positions in government departments and authorities.

To understand better the underlying problem, we conducted an analysis of academic pay in PNG, comparing how much universities pay their staff with how much the public service, statutory authorities and state-owned enterprises (SOEs) do. We used the University of PNG to obtain academic salary data, and obtained data on public service pay as well as on pay scales from one statutory authority and state-owned enterprise. We used data on both base salary and allowances, and, in the case of UPNG, also used imputed rent to capture the value of subsidized housing provided to most staff.

There are various ways to compare the data. You can read our full paper here, and a sample of our analysis, as well as our main conclusions, below.

The figure below compares salaries for positions deemed by us to be comparable across the four types of agencies. A few clear points emerge. Universities simply can’t compete against state-owned enterprises, where salaries can be twice as high as academic ones for comparable positions. The statutory authority we had data for doesn’t pay as much as the SOE, but their salaries are still higher than academic ones for most positions. University salaries are competitive against public service ones except at the highest levels.

Salaries for comparable positions across UPNG, the public service, and a state-owned enterprise and statutory authority 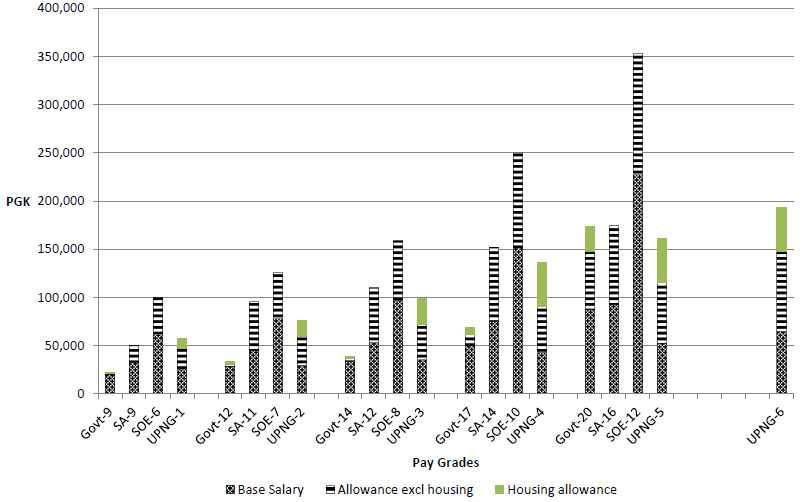 Note: We lack data for CEO and Secretary positions, and so lack comparable data for professorial salaries (UPNG-6).

Given this, it isn’t surprising that academic staff leave either for senior government jobs, or earlier for more a more junior job with a state-owned enterprise or statutory authority. What then should the government and universities do?

From an international perspective, academics in PNG are not underpaid. We can compare our data with that collected by a multi-country study of academic salaries (see our paper for the source). PNG comes in the middle of the range for salaries, and has, by some distance, the highest ratio of academic salaries to GDP per capita. 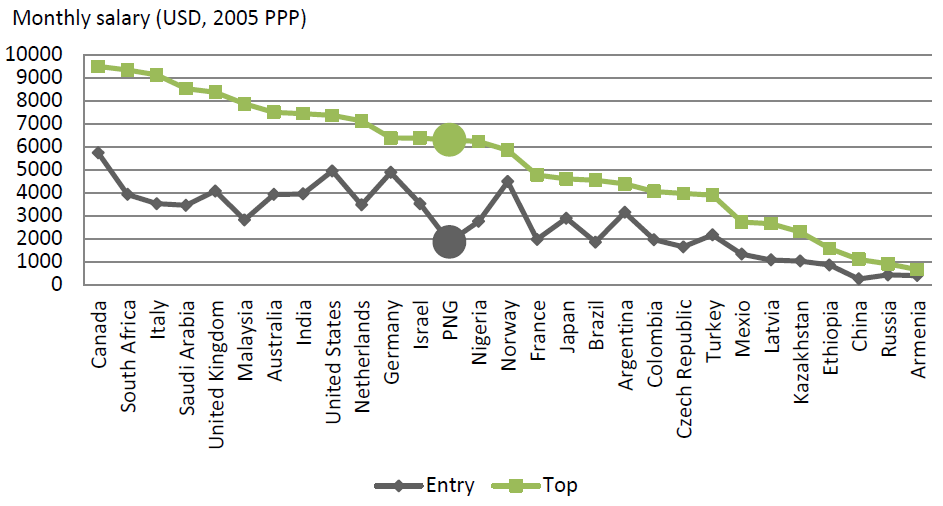 Given this, there doesn’t seem to be much of a case for a general increase in academic salaries in PNG. Rather, any increase should be targeted to where there is competition.

What else can the government and universities do to attract and retain more academics? We end with three suggestions.

First, staff are already permitted to undertake consultancies, and this policy should remain in place. However, too much reliance on consultancy income will undermine teaching and research performance.

Second, allowances are very important for university remuneration: much more important than for any other public sector institution. Where universities are able to provide housing, they should take measures to improve their housing stock, in terms of both quantity and quality.

Third and finally, it will be difficult, and perhaps impossible and indeed undesirable, fully to close the gap between academic and all outside salaries. Other measures, such as improving the job satisfaction of academics by improving the work environment, and increasing the supply of quality candidates to fill academic positions will also be critical for ensuring the future of disciplines such as economics in Papua New Guinea.

Thomas Wangi lectures in economics at the University of Papua New Guinea, and Stephen Howes is the Director of the ANU Development Policy Centre. This paper was presented at the 2014 PNG Update. The paper was written while Thomas Wangi was visiting the ANU earlier in the year as a Greg Taylor Scholar.

Thomas Wangi
Thomas Wangi is a PhD candidate in economics at Crawford School of Public Policy and a Research Fellow at the PNG National Research Institute. He holds a Master of Economics from James Cook University.