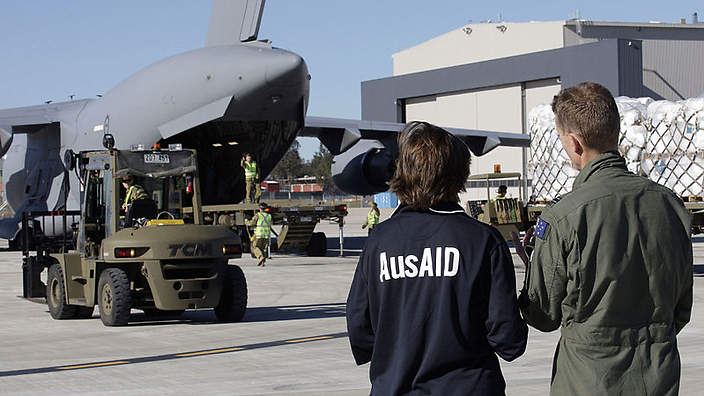 The Federal Government’s abolition of  the Australian International Aid Agency, AusAID, merging its functions with the Department of Foreign Affairs and Trade, will naturally cause anxiety for those with a passionate interest in this area. So what does it mean.

We know, in part, from a leaked internal memo  by the head of Foreign Affairs and Trade, Peter Varghese revealed earlier on Devpolicy:  “Australia’s aid program will promote Australia’s national interests through contributing to international economic growth and poverty reduction. It will be designed and implemented to support Australian foreign and trade policy. Its geographic priority will be the Indo-Pacific region, especially the South Pacific and South East Asia. …a transformed Department that aligns and implements foreign, development, and trade policies and programs …..in pursuit of Australia’s national interests.”

Axing AusAid wasn’t entirely unexpected. After all, Coalition spokespeople, including new Minister for Foreign Affairs Julie Bishop, were unhappy with AusAID’s performance, pointing not unreasonably to the growth of Australian aid to African and Caribbean nations in the lead up to Australia’s successful bid for a seat on the UN Security Council. The irony there of course is that AusAID were following the direction of the Government of the day. But the Coalition’s election policy expressed “real concerns about the ability of AusAid and other agencies to manage ….efficiently and effectively”.

Bringing overseas aid into the Foreign Affairs portfolio isn’t unreasonable or illogical. Canada and New Zealand have with varying degrees of success, as have most developed countries.  And if you look at spending, bodies such as the Overseas Development Institute in the UK point out aid funding focused on assisting developing nations to develop trade is about one third of all official development assistance (ODA). So clearly the decision to locate aid and trade together appears to make more sense than leaving it in the responsibility of aid bureaucrats who have no or little trade or private sector experience.

Some will try to argue the demise of AusAID is ideological – more harking back to a Colombo Plan mentality of the 1950s rather than picking up themes such as “good governance” driven by Alexander Downer. But others, including the US Centre for Global Development, argue that the real driver for change in international aid practice is the broader societal demand for value, impact and relevance.

There’s been no great uproar from the recipients of Australian aid. PNG Prime Minister Peter O’Neill supports the decision saying he’s been disappointed with AusAID’s performance. Indonesia has expressed its gratitude for Australian aid but left the decision about the “administration” of aid to the Australian Government. With regional powers like Thailand, China and India no longer recipients of Australian aid, and countries such as Vietnam and Indonesia showing all the signs of joining the ranks of the middle income countries , our region is changing. Booming developing economies are finding ways to access both growing domestic revenues and private capital. From a US perspective the Centre for Global Development said : “Developing countries are much less interested in aid than they are in (US) investment, trade and technology”.

So where to for the Australian aid program? What can we expect from a structure which integrates aid with foreign affairs and trade? And how will this decision best support efforts to ensure poor nations build prosperity and security?

First, I think, in some key areas, we can expect more of the same. Australia is a compassionate nation and its people are routinely generous. Australia is the world’s eighth largest donor of overseas aid – $5.2Billion in 2012 – pointing to a proud record of achievement by successive governments.

Second, as mentioned, trade and the private sector will play a much greater role in the development agenda.

A carefully articulated development agenda within trade policy and practice can produce positive outcomes. Less well developed is Australian thinking around leveraging private investment flows to produce good development outcomes. But that’s clearly part of the new agenda – The Prime Minister announced $3 million towards a pilot Public Private Partnership Centre in Indonesia on his recent visit to help address infrastructure – so we either embrace it or the aid community surrenders the field and loses the opportunity.

Related to the role of the Australian private sector in the international development agenda is thinking around the role of the emerging private sector in developing countries. The growth of a healthy private sector is a driver of social and economic development in our region, as it is throughout the developing world. “From the subsistence farmer to the vast multinational, private enterprise is the main source of the wealth and jobs that those trapped in poverty need” (Mark Goldring Oxfam GB CEO 5 Sept 2013).

In eye health for instance, as CEO of The Fred Hollows Foundation, I interact with and encourage medical entrepreneurs in many countries. The private sector drives much of the high quality eye care in China and India. In Rwanda we have Foundation supported surgeons who are now working within an Indian company establishing quality eye hospitals across Africa. Every small town in Asia has a glasses shop, though often without any formal training or accreditation in optometry. How will our aid program support the development of the growth of the private sector in the developing world? We haven’t heard a lot about that yet, but we will.

Third, we know the Coalition is more wary of some of the large international bureaucracies of the United Nations and the World Bank. In his 2011 address to the Australian Institute of International Affairs Tony Abbott put it this way: “It is an undeniable truth that the Coalition puts greater priority on bilateral and regional relationships than does the Labor Party, which clearly puts greater faith in multilateral institutions than we do……That does not mean that we think multilateral institutions are insignificant and unimportant….”

So we can expect some cuts to investments in some multilateral organisations. It will be no great shock if we see more activity around the World Trade Organisation and less around the World Health Organisation. And if the Coalition is going down the path of greater accountability for Australian investments in multilateral organisations, we won’t find many Australians having a problem with that. We just need clarity that value for money and results are in fact the outcomes being sought and how results will be shown.

Fourth, statements leading up to the election by Julie Bishop and others, and confirmed in the leaked memo, indicate a greater role for non government organisations in aid delivery. This will be music to the ears of many Australian Ambassadors and High Commissioners who have for years argued that these people-to-people links through Australian charities and development organisations are often among the highlights of their official postings. It is unclear if the AusAID NGO Cooperation program will survive with anything more than a name change. It currently represents around 2% of the total aid program and could certainly handle a modest increase in volume.

Brian Doolan is CEO of the Fred Hollows Foundation.