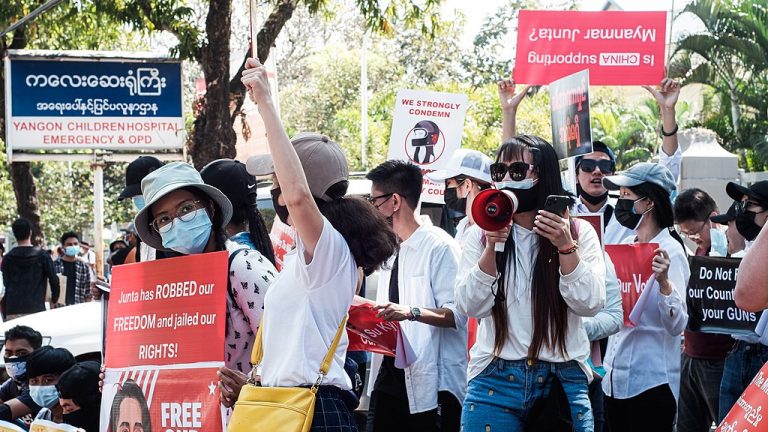 Australia must stand with the women of Myanmar defying military rule

Over six months have passed since the military unlawfully seized power in Myanmar.

Immediate attention is rightly on Afghanistan. While focus turns to protecting gains for democracy and women’s human rights in Afghanistan, we cannot forget that the crisis in Myanmar is deepening. The Australian Government has made significant investments in both countries – it needs to take urgent action in Myanmar to avert further losses of development gains.

Women have been at the forefront of challenging the military coup in Myanmar. Women in Australia with strong ties to Myanmar have come together to call on the Australian Government to take urgent action. Women Activists Myanmar (WAM), a diverse group of women born in Myanmar and Australia, are shining a light on women’s struggle for justice in Myanmar.

The crisis is personal for WAM members who have friends and family in detention or on the run from the military regime. They also worry about the soaring COVID-19 cases over the last month which have compounded the crisis facing the people of Myanmar. As their family members fall ill to COVID-19, democracy activists are juggling the forging of a democratic future with nursing their loved ones and mourning those they have lost.

For over six months now, women have joined forces and fearlessly put their lives on the line for a better future. These women are from all walks of life, including openly LGBTQI communities. Women have proudly flown their htamein (female sarongs) as flags of resistance against the male-dominated military.

A flourishing women’s rights movement has grown in strength in Myanmar. In the November 2020 election, a record-breaking number of women parliamentarians were elected, with the backing of women’s rights activists. In recent years, Australia provided support for these women leaders through a political mentoring program pairing women parliamentarians in Myanmar with those in Australia and building relationships between the MPs and the women’s movement.

Now, both democratically elected women and activists are at risk of detention. To protect themselves, their families and communities, they have gone underground. As part of the resistance, they are working to facilitate emergency supplies to their communities – including food. They are engaged in national debates about a new constitution for Myanmar. They are ceaseless in their conviction that an inclusive, federal democracy is Myanmar’s future and that clear civilian control of the military and the military’s removal from politics is required.

The success of civilians in protesting the coup has drawn the ire of the military. The crackdown has been brutal. The military is targeting protestors and activists, amongst them, high profile women leaders. 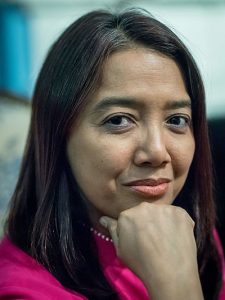 Thin Thin Aung is among 1000 women who have been arbitrarily detained since the coup. A long-time champion of women’s rights, she is the co-founder of Women’s League of Burma, Women for Justice, and Mizzima Media, one of Myanmar’s first progressive media outlets.

Thin Thin Aung is held in the notorious Insein prison, where Australian Dr Sean Turnell is also detained. COVID-19 is surging through the prison while testing and treatment remains very limited.

Women political prisoners are also reporting experiences of sexual violence and gendered harassment. Sadly, this comes as no surprise to women from ethnic minorities in Myanmar, who for decades have experienced – and systematically documented – such treatment at the hands of the military.

The UN describes sexual and gender-based violence as a “hallmark” of the military’s operations.

Armed conflict has intensified in ethnic areas, with civilians forced to flee from artillery and air strikes. The UN estimates 141,000 people remain internally displaced in south-eastern parts of the country following the coup. Near-collapse of the banking system and severely limited humanitarian access is leading to food insecurity. The UN World Food Programme recently added Myanmar to the global list of ‘hunger hotspots’.

Access to family planning and healthcare services for safe pregnancy and childbirth are extremely limited. Pregnant women are giving birth in harrowing conditions, made worse by monsoonal rain.

The crisis in Myanmar demands urgent action. Australia has previously provided substantive support to Myanmar’s democratic transition – and for good reason. Doing so aligns our actions to values: political, economic and religious freedom; democracy; rule of law; and racial and gender equality.

From a values perspective, Australia should now be at the forefront of efforts to support the women of Myanmar in their struggle for safety and for embedding a democratic future based on an inclusive, federal model.

Past experience, from Tunisia to Liberia, shows that women’s substantive involvement at the outset of peace processes and political transitions leads to more sustainable peace. Women’s meaningful participation in the transition can make or break the durability of the outcome.

The Myanmar diaspora, and supporters, are calling for Australia to use all diplomatic leverage to advocate for the release of political prisoners, including women’s rights activists, and an end to the use of sexual violence by the military.

The resounding agreement amongst human rights groups, the Myanmar diaspora, and the broader women’s movement is that the Australian Government’s response has been too quiet and too slow. As women risk their lives to push back against a brutal regime trying to subdue the country into submission to military rule, they want to know who in the international community has their back.

With no new sanctions applied to the military leaders and their business interests and no ministerial level engagement with the National Unity Government (the body that has formed as the legitimate civilian government) they could be forgiven for not knowing where Australia stands. It is still not too late for Australia to stand with the women of Myanmar determined to spearhead change.

Sharman Stone
Sharman Stone is Professor of Practice, Gender, Peace and Security at Monash University and a former Australian Ambassador for Women and Girls.