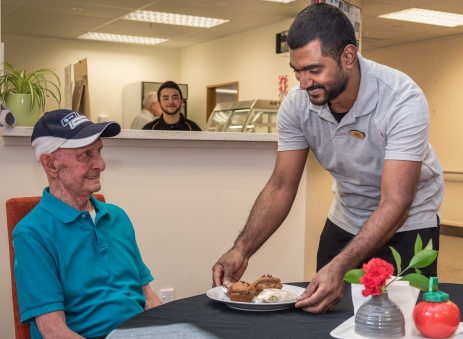 How large is Australian demand for low-skilled workers from the Pacific?

With Australia’s aging population, the demand for aged care workers in Australia is projected to be high. However, can this increased demand be met from within Australia or via direct recruitment from overseas? And are employers willing to recruit from the Pacific through existing available pathways, given the additional costs involved?

One main obstacle stands in the way of Pacific migrants. Australian employers already have access at any one time to up to nearly one million low-skilled temporary migrants. These migrants are legally resident in Australia with work rights. The total count for 2017-18 of low-skilled migrants with full- or part-time work rights ranges from 880,000 to 955,000. The largest component groups are international students, backpackers, partners of skilled workers, and New Zealand citizens coming to Australia for paid work.

As well, 62,059 partners of temporary skilled visa holders were resident in Australia at end January 2019. These partner visas entitle the holders to full work rights without any limit on the type of work they can perform. In addition, some 42,152 New Zealand citizens who came to Australia in 2017-18 said they came for short- or long-term employment.

The reluctance of employers to recruit low-skilled workers directly from overseas is evident from immigration data for the Northern Territory (NT). The first NT Designated Area Migration Agreement (DAMA) was implemented between August 2014 and December 2018. Despite special English language and income threshold concessions for multi-year work visas, few employers have offered jobs to lower-skilled migrants.

Over the life of the first DAMA (a period of four years and one quarter to the end of 2018), 116 multi-year visas for up to four years were granted for a low-skilled occupation (skill level 4). This was only 3.8 per cent of all temporary skilled work visas granted for the Northern Territory over this period. The number of visa holders for skill level 4 occupations rose from 21 visa holders in the second quarter of 2014-15 to 62 at the end of 2018 (see Table 1).

The most important industries in the Northern Territory employing low-skilled visa holders are accommodation and food services, other services (employing bar attendants, waiter, beauty therapist and tour guide) plus agriculture and fishing (employing mostly fishing hands). Graduates from the Australia Pacific Technical Coalition (APTC), now charged with promoting Pacific labour mobility, could fill the following DAMA leading skill level 4 occupations of visa holders in the final quarter of 2018. These are waiter, bar attendant, and barista. However, no visa applicant was approved over the four-year period to work as an aged or disability carer or personal care assistant. Less than five childcare workers had work visas approved over this period (see Table 2).

Very few low-skilled workers granted work visas under the NT DAMA came from the Pacific. Fiji was the only Pacific country represented, and it sent less than five workers, all employed as beauty therapists. The five largest sending countries for low-skilled migrants granted work visas under the period of the first NT DAMA to the last quarter of 2018 are the Philippines (22), Indonesia (19), United Kingdom (18), India (5) and Estonia (5) (see Table 3).

Two-thirds of the low-skilled work visas granted each quarter over the period of the first DAMA (38 out of 116 visas granted) went to on-shore applicants (see Table 4). For employers, on-shore hiring avoids the costs and the risks involved in off-shore recruitment. Hiring someone already in residence gives employers the ability to vet workers personally prior to sponsoring them for a longer-term visa. This applies especially to service occupations. The largest numbers of skill level 4 occupation visas granted to on-shore applicants were: waiter (20), bar attendant (16) and retail supervisor (11). The largest number of skill level 4 occupation visas granted to off-shore applicants was for fishing hands (12) (see Table 4).

One reason the Pacific struggles to compete with workers from other countries is that they are not on the ground for an employer to vet them before offering them a job for the medium term. Pacific job seekers cannot afford to come as tourists. Nor can they come as backpackers, as the Pacific doesn’t have access to backpacker visas. There are few Pacific students in Australia or skilled migrants with accompanying spouses seeking work.

The APTC has just reported (25 February) that 11 APTC graduates in Kiribati have obtained work as aged care workers under the Pacific Labour Scheme in Longreach, in Central West Queensland. To date, APTC has graduated 308 students in Certificate III in Individual Support (Ageing, Home and Community) so the supply of trained workers from the Pacific is there. The challenge is to identify and nurture the employer demand for direct recruitment from the Pacific.