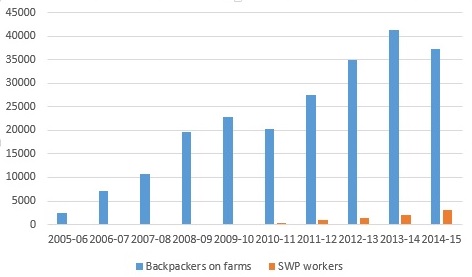 How much tax should backpackers pay?