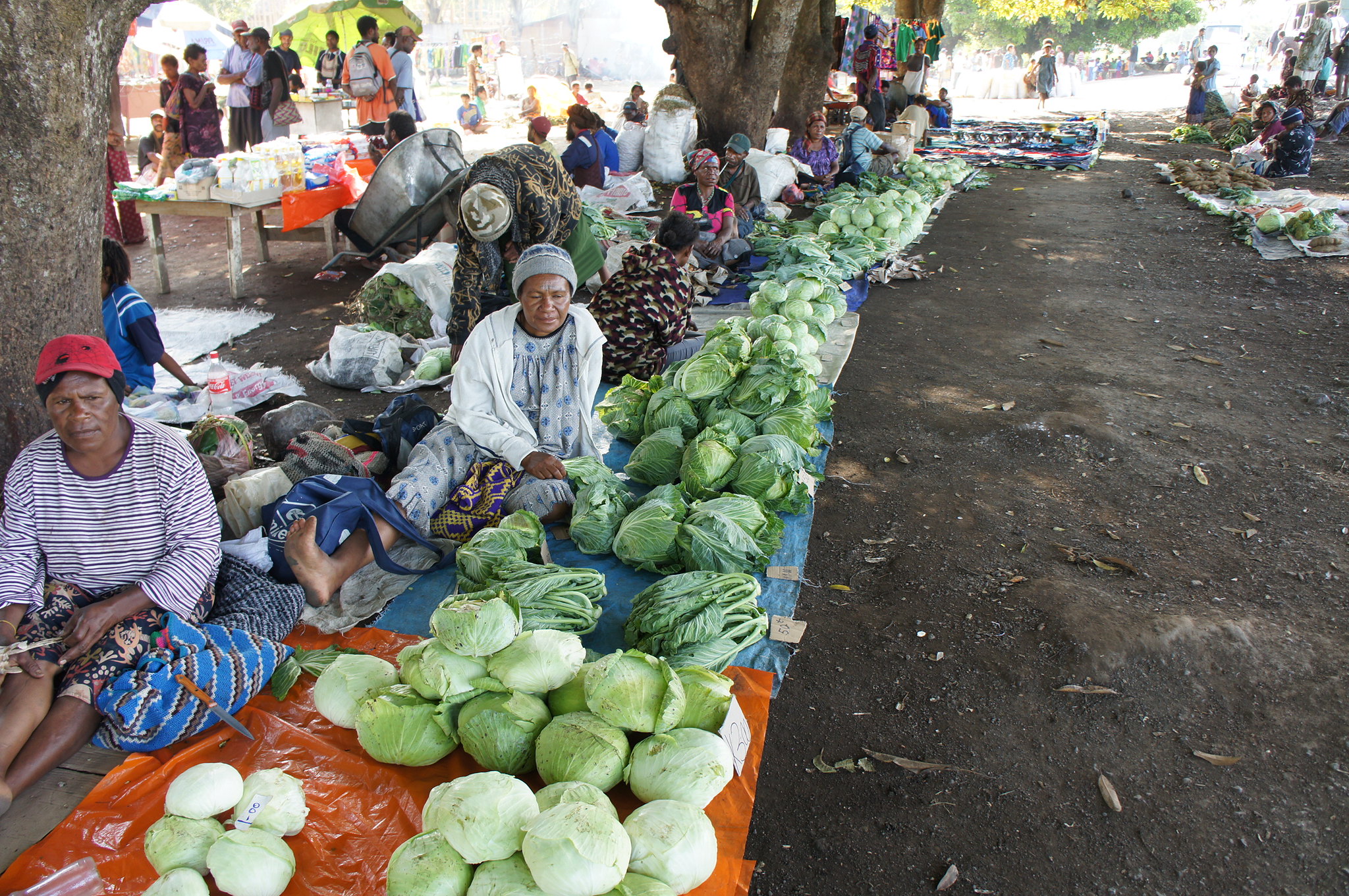 By Sheldon Chanel and Jagdeep Dahiya

We would like to respond to Rohan Fox’s post on the Devpolicy Blog on 1 April, In PNG, women’s economic autonomy goes with income, but not with a bank account. Fox argued that bank accounts have little bearing on PNG women’s economic empowerment, and that women who contributed to household income enjoyed greater economic autonomy. The analysis was based on Fox’s recent paper titled, Correlates of women’s autonomy over economic decisions in Papua New Guinea.

Fox’s key metrics for women’s economic autonomy were “autonomy over personal spending, participation in household spending decisions, and involvement in major household spending decisions” (p. 17). He found that owning a bank account had no statistical link to autonomy for PNG women in the above three areas. Instead, Fox argued, greater autonomy was achieved when women contributed to household income. His findings were based on a 2014 survey by PNG’s Institute of National Affairs, covering Morobe and Madang Provinces, where 16% of the country’s population live.

It is said that statistics do not lie, but sometimes the numbers alone do not tell the full story, and it can be risky to make far-reaching conclusions based on this singular method that used data from a 2014 survey. The situation on the ground could have changed significantly in six years, and drawing conclusions for PNG as a country based on a sample size from just two provinces may be stretching it. What is missing is a qualitative analysis focused on interviews with grassroots women with bank accounts. The cross-fertilisation of results could have provided a more wholesome assessment of the situation and addressed gaps in the present research.

It is conceivable that much progress has been made since the 2014 survey Fox cites in his research. For instance, the number of adults with bank accounts increased from 20% to 37% between 2013 and 2016 alone, according to PNG’s National Financial Inclusion Strategy (2016-2020).

Fox’s methodology does not consider the importance of things like a safe and secure place to store money, which bank accounts can provide. A 2019 Pacific Financial Inclusion Programme (PFIP) study, PoWER (Participation of Women in the Economy Realized) Women’s and Girls’ Access and Agency Assessment: Papua New Guinea, showed that PNG women have to hide money from their husbands and other male family members. As the PFIP study found, and as the figure below shows, women in PNG are 29% less likely than men to have bank accounts, a gender gap that is the largest in the South Pacific. Besides safety and security, bank accounts also help increase women’s awareness of the banking options available to them.

When you consider the latest literature such as this, you realise the risks of relying on a regression analysis alone. It can present an incomplete picture. There is far more happening, not all of which is visible in the numbers.

Viewed in isolation, a bank account may seem inconsequential in terms of total economic autonomy. But it could be a crucial first step in many other steps that are needed for the economic empowerment of PNG women. While bank accounts on their own do not provide a quick or obvious solution to the complex economic challenges faced by PNG women, they are still an important component of ongoing efforts to address the problem.

If, as Fox points out, banking services in PNG may have improved, why not take advantage of the situation given that bank accounts are deemed a comparatively quicker and easier component of financial empowerment/inclusion.

Fox also poses a relevant and important question: Should programs be designed to get more women into paid work? As he points out, any such program should not disregard the cultural sensitivities in PNG. The 2019 PFIP study showing that husbands, in-laws and wantoks place additional demands on women’s finances, is relevant in this regard. With more women working and earning more, there are greater incentives and opportunities for the men in the family to appropriate their earnings. This places women’s earnings at greater risk and bank accounts can provide at least some safety. Moreover, most small businesses in PNG’s local markets are run and managed by women, who still have little control over their money. These scenarios only emphasise the need to secure women’s earnings, and a bank account is a good place to start. A numbers-only research approach disregards such scenarios.

Furthermore, the PFIP study also found that women without bank accounts often took loans from informal lenders charging high interest rates, whereby defaulting on payments could lead to violence and even death. For example, 26% of women borrowers without bank accounts borrow from close relatives; 24% borrow from neighbours/friends; and 36% borrow from lenders. The Women’s Micro Bank Limited (WMBL) in PNG, a PFIP partner with an all-women customer base of over 41,000, has highlighted numerous success stories of women using savings as a stepping stone for loan applications. Additionally, WMBL’s chief executive officer, Gunanidhi Das, considers women to be “better re-payers of loans than men, and women are more likely to share their benefits with other family members”.

The above findings make another strong case for bank accounts – not only for safety and security reasons, but to allow savings to grow. Money in a bank is relatively safer than in a purse, or under the mattress, where it is more vulnerable to a fire, burglary, or ill-intentioned males in the household. Bank accounts often mean easier access to credit, instead of having to borrow from friends, relatives or loan sharks. Over time, as their finances grow because of the additional security and access to financial products, the opportunities also grow: women can reinvest in education, attain better jobs, feed their children better and put them in school, and/or grow their businesses. These beneficial spinoffs of bank accounts should not be discounted as elements of financial empowerment and inclusion.

The PNG government recognises the benefits of women having bank accounts and wants to see improvements in this regard. Of 1.2 million new bank accounts opened as part of PNG’s first National Financial Inclusion and Financial Literacy Strategy (2014-2015), only 30% were by women. The 2016-2020 strategy aimed to open two million bank accounts countrywide, of which women should make up at least 50%. In this day and age, it is misplaced to downplay the importance of bank accounts as a stepping-stone for women’s economic autonomy. Rather, they should be part and parcel of any strategic and coordinated effort for financial empowerment.

To conclude, bank accounts won’t solve all the problems – they are not meant to – but they are still an important component of financial independence. Whatever income the PNG women make, first and foremost they need a place to safely store this income. Because of the multiple benefits of bank accounts, the aim should be to encourage the opening and usage of bank accounts by bringing the services closer to women.

Sheldon Chanel
Sheldon Chanel is the Communications Officer at the UNCDF Pacific Office in Suva, Fiji. He previously covered regional issues as a Pacific journalist for The Guardian, Al Jazeera and other publications.

Jagdeep Dahiya
Jagdeep Dahiya is the current Papua New Guinea UNCDF Country Lead, with over 15 years of experience, including over a decade in Financial Inclusion, Microfinance and Digital Financial Services consulting in the Asia-Pacific and African regions.