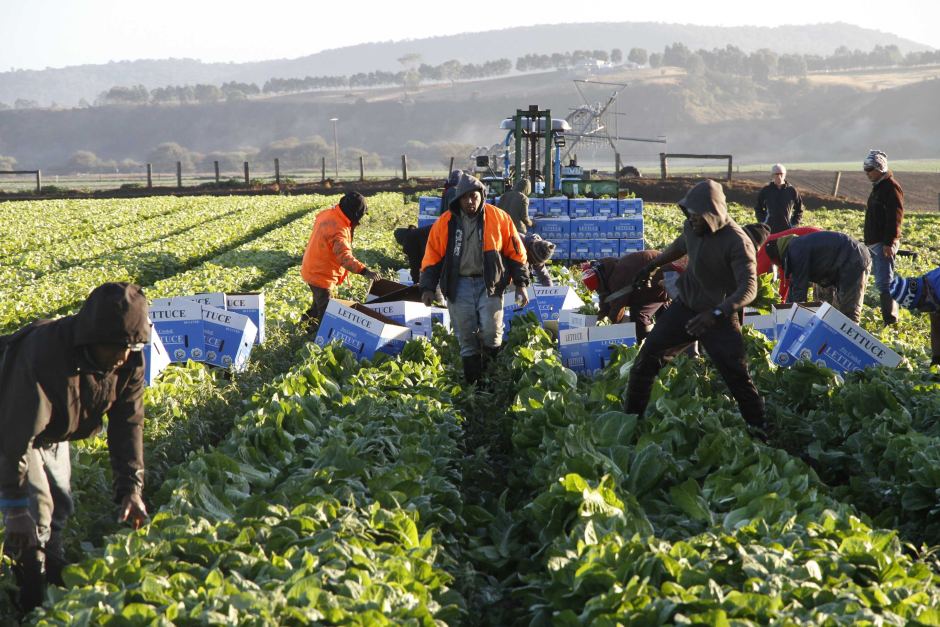 Benefits of the Seasonal Worker Program: an employer’s perspective

Ironbark Citrus is a family owned and operated business based in Mundubbera in the Central Burnett District of Queensland. It was established by me and my husband Allen in 1990. We currently produce, pack, market and export about 5,000 tonnes of mandarins per year. Our orchard area spans two farms and consists of over 60,000 producing mandarin trees, with a further 15,000 trees coming into full production in 2016–17.

We have our own packing facility and a 260 pallet cool room complex. Ironbark has been successfully exporting mandarins for over 20 years, predominantly into Asia. We have been employing seasonal workers since the second year of the Seasonal Worker Pilot Program in 2009, and have some workers who have now completed five seasons with us. I am a great supporter of this program, and firmly believe that, despite its slow start, it provides an excellent solution to the problem of access to labour that the horticultural industry faces, especially in more remote areas.

Our mandarin harvest season runs from mid-April until mid-August, with our labour needs peaking during the first eight weeks of our harvest. Mandarin growing, like most horticulture, is a very labour intensive industry, with all pruning, thinning, harvesting and packing activities done by hand. At the peak of our season we require at least 100 extra employees to complete our harvest. In fact, the management of labour is a huge part of our business, taking up 50% of our expenses budget.

Mundubbera is a small rural community with a population of around 2,000 people in the district. The size of the community, and the fact that there are a number of large horticultural operations in our area, means that there is a shortage of available labour for our business, and that our peak seasonal labour demands must be met from outside the district. In fact, our labour demands can only be met by using labour from outside Australia.

Prior to the start of the Seasonal Worker Program in Australia, (and the pilot program) we were totally reliant on working holiday visa holders (backpackers) for the majority of our labour requirements. Now, about 45% of our labour force consists of seasonal workers from Timor-Leste and the Pacific. Of the remainder, 45% are backpackers and 10% are Australians, with the majority of the Australians being part of our permanent workforce.

Seasonal workers recruited under this program are now an integral part of our workforce. We source over 70 workers annually in a series of four recruitments – in April, September, December and March – overlapping groups at times of peak labour demand. We have employed workers from Tonga, Papua New Guinea, Timor-Leste and Samoa.

Seasonal workers are good for business

These figures are backed up by data I have extracted from our own payroll records. Because of productivity gains, which strongly correlate with our involvement in the SWP over the past five years, our cost per bin of fruit picked has decreased, despite the significant wage rises that farm workers have received over this time.

Additionally, our total number of workers employed has actually declined, despite our increased production. I believe that this reflects the stability of our seasonal worker labour force. In a three month period during our 2013 season, we found that our seasonal workers earned an average monthly wage of $4,387.16, compared with an average of $836.07 for our Australian and backpacker workforce. These numbers clearly demonstrate the huge turnover of our Australian and backpacker workforce, with no one staying long enough to earn the wages the seasonal workers do.

Apart from such productivity gains, there are additional benefits of reduced recruitment, training and administrative costs for these seasonal workers because of their vastly reduced turnover. Our seasonal workers stay for five to six months, and turn up every day for work. We also have a return rate of more than 75% for our seasonal workers, compared with less than 5% for backpackers. We now have a core harvest workforce of experienced, productive workers, and are not totally reliant on the whims of backpackers who are, after all, in Australia primarily to have a holiday.

Read part two and part three of this post.

Susan Jenkin is the owner of Ironbark Citrus in Mundubbera, Queensland. Her business has participated in the Seasonal Worker Program since it was piloted. This post is the first in a series based on a presentation that Susan gave at the launch of the report Australia’s Seasonal Worker Program: demand-side constraints and suggested reforms on 18 February at ANU.

Susan Jenkin
Susan Jenkin is the owner of Ironbark Citrus in Mundubbera, Queensland. Her business has participated in the Seasonal Worker Program since it was piloted.