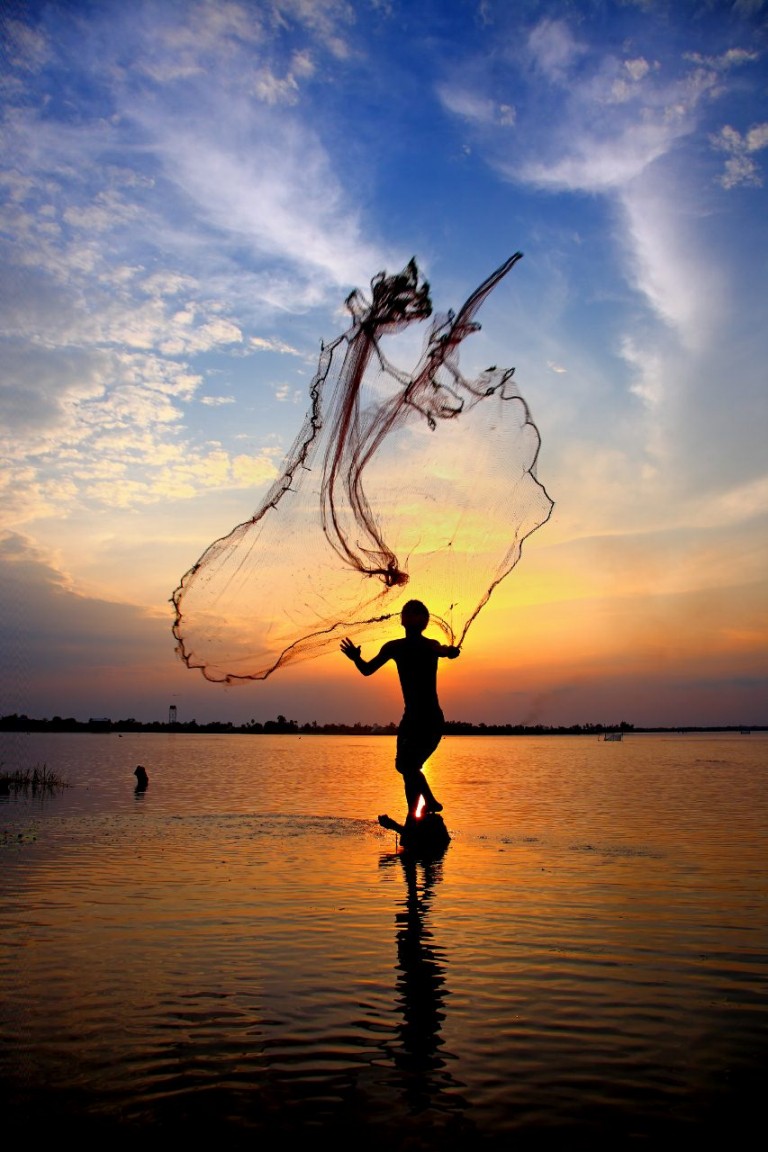 By Camilla Burkot and Stephen Howes

It’s the end of the year, which can only mean one thing: it’s time for our annual ‘best of the blog’ review, a chance to take a walk down memory lane and revisit some of the most thought-provoking analyses we published in 2016.

2016 was a year marked by suffering, with the number of people displaced by conflict, persecution, and natural disasters around the world reaching a record high. At Christmas, we think of the people of Syria, and are inspired by the words of Lama Mouakea, Executive Director of the Syrian Family Planning Association. Read our March interview with her about her work and what motivates her to serve her people in the most difficult circumstances imaginable. Lama is still in Syria: read this December Aleppo update from her.

What to read these holidays

In 2016 we continued to deliver a fortnightly links post, each filled with articles, blogs, podcasts, and other tidbits from across the internet. We also published a dozen reviews of books (and, in a Devpolicy first, a film review!) in 2016. If you’re looking to settle down with a good aid and development book this festive season, check out How (not) to start an orphanage, Doing Good Better, The Need to Help, or City of Thorns; PNGphiles will want to get stuck in to Imagining the Other, Playing the Game, or Behind the Blockade. We’ve also published a fascinating series of longreads this year in our Aid Profiles – seven feature-length stories about Australians and Australian aid at work. And for long drives, there’s always our podcast.

But before you hit the road, take this chance to revisit the year that was on the Devpolicy Blog, across our three major research areas.

After the tumult of the $1 billion cut to aid in 2015-16, the 2016-17 federal budget promised to be a much quieter affair. Nevertheless, we still had plenty to say about it. Ahead of Budget Night, Robin Davies foreshadowed the pressures on Australia’s still-shrinking aid budget. Stephen Howes reflected on these, the last of the aid cuts, while Matthew Dornan and Anthony Swan took a closer look at country allocations and Australia’s interminable ‘budget emergency’, respectively. Our Australian Aid Tracker website, launched this year, tracked the trends. Looking to the future, we recommended that aid advocates consider paying closer attention to the broader budget and debates over issues such as taxation and defence spending. Later in the year, the release of New Zealand’s budget sparked some ‘astounding’ debate with colleagues over the Tasman.

The double-dissolution election in July offered another opportunity for reflection on the Coalition’s aid policy – and what the Opposition, or a third-party government, might offer instead. Foreign aid took a surprisingly central role in the Deputy Leaders’ debate ahead of Election Day. After the votes were tallied, we profiled the quirky cast of characters occupying the Senate crossbench, and made some suggestions for how to move forward post-election.

Throughout the year, we continued to push for increased transparency in Australian and global aid, with Stephen Howes arguing that the Coalition was ‘yet to deliver’ in this key area and our Australian aid transparency audit confirming this. Ashlee Betteridge made a compelling case for why DFAT should resurrect aid communications efforts. We also examined aid effectiveness more broadly; our second Australian aid stakeholder survey, released in February, found ‘signs of risk’, while New Zealand aid received a ‘mixed review’. We put the Performance of Australian Aid report under the microscope, debated the merits of aid legislation, evaluated Australian aid evaluations, and bemoaned the decline in Australian funding for demining.

Beyond the realm of government policy, we blogged about advocacy, NGOs, and public opinion. Terence Wood argued for a new point seven commitment, and with Sachini Muller published new research on Australian NGOs’ use of the internet. Ashlee Betteridge and Stephen Howes gazed into a crystal ball and divined that the future is fragmented for Australia’s development NGOs. And we learned that the Australian public remains largely unswayed by facts about aid (but highly susceptible to comparisons with its former coloniser).

With our partnership with UPNG taking on greater significance, we had increased coverage of Papua New Guinea on the blog this year.

A number of issues that faced PNG in 2015 lingered into 2016. The devastating El Niño drought and frosts had an ongoing impact well into the year, with relief efforts politicised in some parts of the country. Fiscal woes also abounded – with the resource boom well and truly over, PNG’s real revenue was back to 2006 levels by August 2016. Paul Flanagan broke down the ‘frightening’ 2015 Final Budget Outcome, while Rohan Fox and Stephen Howes conducted a post-mortem of how the resource boom was spent.

Economic worries also fed into service delivery concerns. Rebecca Robinson wrote on issues of creeping corruption in PNG education, while Grant Walton reflected on the role of national and local politics in improving the quality of education. Camilla Burkot commented on how not to address maternal mortality, and Michelle Rooney looked at access to water in Port Moresby settlements, and reflected on urban women’s economic empowerment through small market stalls and POM’s burgeoning hospitality industry.

At times the PNG-Australia relationship was tested this year. Australia’s processing of asylum seekers remains contentious – all the more so after the PNG Supreme Court ruled the Manus processing centre illegal. Anthony Swan wrote on Australia’s reservations surrounding a proposed rice policy, while Stephen Howes was critical of plans to transfer HIV support services to the PNG government. And we learned that the Australian media gives the same amount of coverage to PNG as it does to Kim Kardashian.

2016 also offered several opportunities to examine issues of leadership. Sir Julius Chan reflected on his tenure as PNG’s prime minister, while during the 2016 PNG Update, Betty Lovai remarked elegantly on the barriers that prevent PNG women from taking on leadership roles.

Across the wider Pacific, issues of regionalism and the ‘dire need’ for political stability featured prominently. Jon Fraenkel described the ‘fantasy of shared sovereignty’ in Solomon Islands, while Tess Newton Cain analysed Vanuatu’s general election. She and Matthew Dornan also documented the rise of the foreign ministers at this year’s Pacific Islands Forum meeting. ‘Thinking and working politically’ was also given a gender and Pacific twist this year.

Pacific labour mobility is an idea whose time definitely came in 2016. New research by a joint Devpolicy and World Bank team found that labour mobility is worth 80% of Pacific GDP. Henry Sherrell provided insights into community support for ni-Vanuatu seasonal workers and Australia’s new microstate visa, and with Stephen Howes weighed into the backpacker tax debate.

Given that 2016 looks set to be the hottest year on record, it’s unsurprising that issues of climate and resource management were hot topics on the blog, with posts delving into Kiribati’s land purchase in Fiji, the distribution of climate change adaptation aid, Pacific countries’ continuing struggle to provide access to safe water, and the management of tuna fisheries. We also reviewed New Zealand’s development cooperation in the Pacific and Samoa’s solution to the burden of diabetic foot complications, and evaluated impact evaluation in the region. Anouk Ride asked what culture has to do with intimate partner violence, while Grant Walton and Sinclair Dinnen examined the dark side of economic globalisation.

While 2015 in global development was all about reaching consensus on the 2030 Agenda, 2016 turned to questions of implementation. Chris Hoy asked whether developing countries can afford the SDGs, while Somali Cerise called for accountability on gender equality promises. Data issues were at the fore, including the need to move beyond self-assessment, and the potential to bridge data gaps through crowdsourcing.

Global humanitarian issues moved many to put (virtual) pen to (digital) paper. Tara Davda issued a call to alms in response to the plight of asylum seekers and refugees, while Robin Davies advanced his proposal for a strategic financing mechanism for humanitarian assistance. The World Humanitarian Summit held in May this year produced sharply divided opinions, as did the UN. Camilla Burkot wondered what happened to the UN she used to know, and she and Ashlee Betteridge took umbrage at the appointment of Wonder Woman as an honorary UN ambassador. Wesley Pryor was similarly critical of the state of global development as it stands to serve people with disabilities.

We also contemplated the future of global development more broadly. Robin Davies outlined aid’s new contours, and dilemmas facing the Green Climate Fund. He also ventured that Trump will be “milder than Tony Abbott” on foreign aid (no doubt all will be revealed in 2017). Lindy Kanan recounted the trials and tribulations of a development mum, while Tom Davis mused on theatre of development and Gordon Peake reflected on the disconnects in academic writing on development. And we explored aid in contested areas, why donors bypass recipient states, and why public sector reforms fail.

As they say, all good things must come to an end. So ends this post, and this year! A special thanks go out to each and every one of the 156 authors who authored this year’s 250 blog posts and 99 in briefs – we certainly couldn’t do it without you.

Thank you to everyone reading, commenting, forwarding, tweeting, liking, and sharing our work. Have a safe and happy holiday break, and see you in the New Year. The blog will be back on January 9.

Camilla Burkot is a Research Officer at the Development Policy Centre. Stephen Howes is the Centre’s Director. Together they edit the Devpolicy Blog.