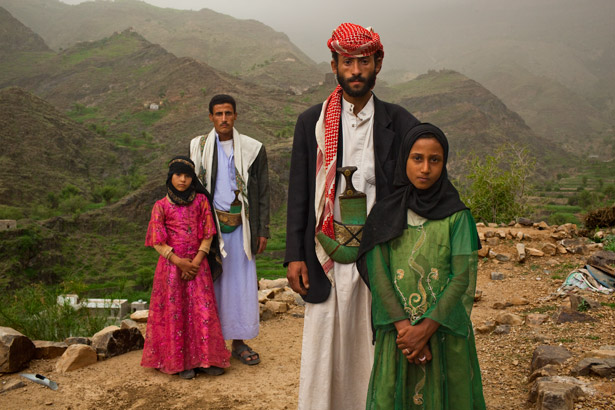 Beyond human rights: ending child marriage as a development imperative

Last year, the appalling story of an eight-year old Yemeni girl who reportedly died of internal bleeding on her wedding night hit the news headlines around the globe. The story prompted international outrage, and calls for Yemen to act by creating legislation to stipulate a minimum age for marriage. But there was also a debate around whether the story was actually true.

It’s a great shame that it takes such an extreme story of child abuse to catch the attention of the world at large, whether the story is truthful or not, when child marriage affects the lives of so many girls around the world every day. Right now, the conflicts in Syria and South Sudan are putting many more girls at risk of early and forced marriage. Yet their stories are buried in the world section of the newspaper, if they are heard at all, relegated to being just another angle on humanitarian crises that are difficult to comprehend in scale and scope.

The fickle nature of news headlines aside, child marriage is an issue that has steadily grown in prominence among campaigners in the past few years, and there is a growing awareness of the complexity of its causes and the negative consequences it has for girls and their communities.

This increasing focus has arguably been driven by a bigger push in advocacy for girls more widely, though initiatives such as the Girl Effect and Plan’s Because I am a Girl campaign. Child marriage has also been strongly linked to campaigns supporting girls’ education, recently given a significant boost by the impressive Malala Yousafzai.

In 2011 at the Commonwealth Heads of Government meeting, leaders of Commonwealth countries vowed to end the practice of child marriage and are now working towards a road map on the issue. And on International Day of the Girl Child on October 11, ending child marriage was a focus.

Human rights are enough reason alone to push for an end to early and forced marriage. Groups such as Human Rights Watch have been working on this issue for many years. Still, campaigners now cite a whole host of other reasons to end the practice, such as the improved health, education [pdf] and poverty alleviation outcomes when girls marry later. Child marriage is now squarely framed as a development issue.

Data on the prevalence of child marriage has been improving in line with this growing attention. South Asia is the region of the world where this practice is most widespread, closely followed by Central and Sub-Saharan Africa. But Australia’s nearby neighbours in Southeast Asia and the Pacific still have serious work to do as well.

This increasing awareness and improved information base are helping to end some of the stereotypes and clichés around where and why child marriage occurs, but there is still plenty of scope to filter this knowledge out into the wider public consciousness. While the Yemeni case I mentioned above grabs headlines and rightly hits our collective outrage button, child marriage is often much more complicated than ‘old man marries very young girl’. And the ongoing crisis in Syria is showing that desperate times can push families to take desperate steps.

A recent World Vision report titled Untying the Knot demonstrates the diversity of drivers for child marriage, particularly in fragile and conflict-affected states.

Fear of rape and sexual violence, of unwanted pre-marital pregnancies, of family shame and dishonour, of homelessness and hunger or starvation were all reported by parents and children as legitimate reasons for early marriage. Poverty, weak legislative frameworks and enforcement, harmful traditional practices, gender discrimination and lack of alternative opportunities for girls (especially education) are all major drivers of early marriage that are strengthened by the fear and anxiety symptomatic of fragile contexts. As a result, parents and girls resort to early marriage as a protection against both real and perceived risks. (p. 8)

So how can child marriage be addressed when it is innately linked to complexities such as culture, conflict, poverty and fear? Is advocacy really enough? Do headlines have any power to help? What programs actually work?

A systematic review [pdf] by the International Center for Research on Women found that many interventions on child marriage had not been evaluated. From those that had, the weakest results were primarily from programs working only at the community or macro levels i.e. mobilising community members or changing laws or policies related to child marriage. The strongest results were documented by programs that worked directly with girls to empower them with information, skills and resources. The review noted that in most programs, ending child marriage was a goal intertwined with other health, welfare or empowerment outcomes. Another encouraging area identified by the review were larger school-based initiatives, such as cash transfer programs, that were testing the impact of incentives on girls’ enrolment and retention in delaying marriage.

So pushing for legislative changes, like a minimum age for marriage in Yemen, may not be enough. Empowering girls and recognising that child marriage is a contributor to and a symptom of broader development challenges is an important part of the puzzle.

Improved data and knowledge, increasing international attention and a development focus on this issue are positive gains for the movement to end child marriage. Now the challenge lies in how to translate this momentum into widespread, long-term and meaningful change on the ground in the countries where this practice continues, particularly in the face of crises that seem like they are too big to even make it to the front page.