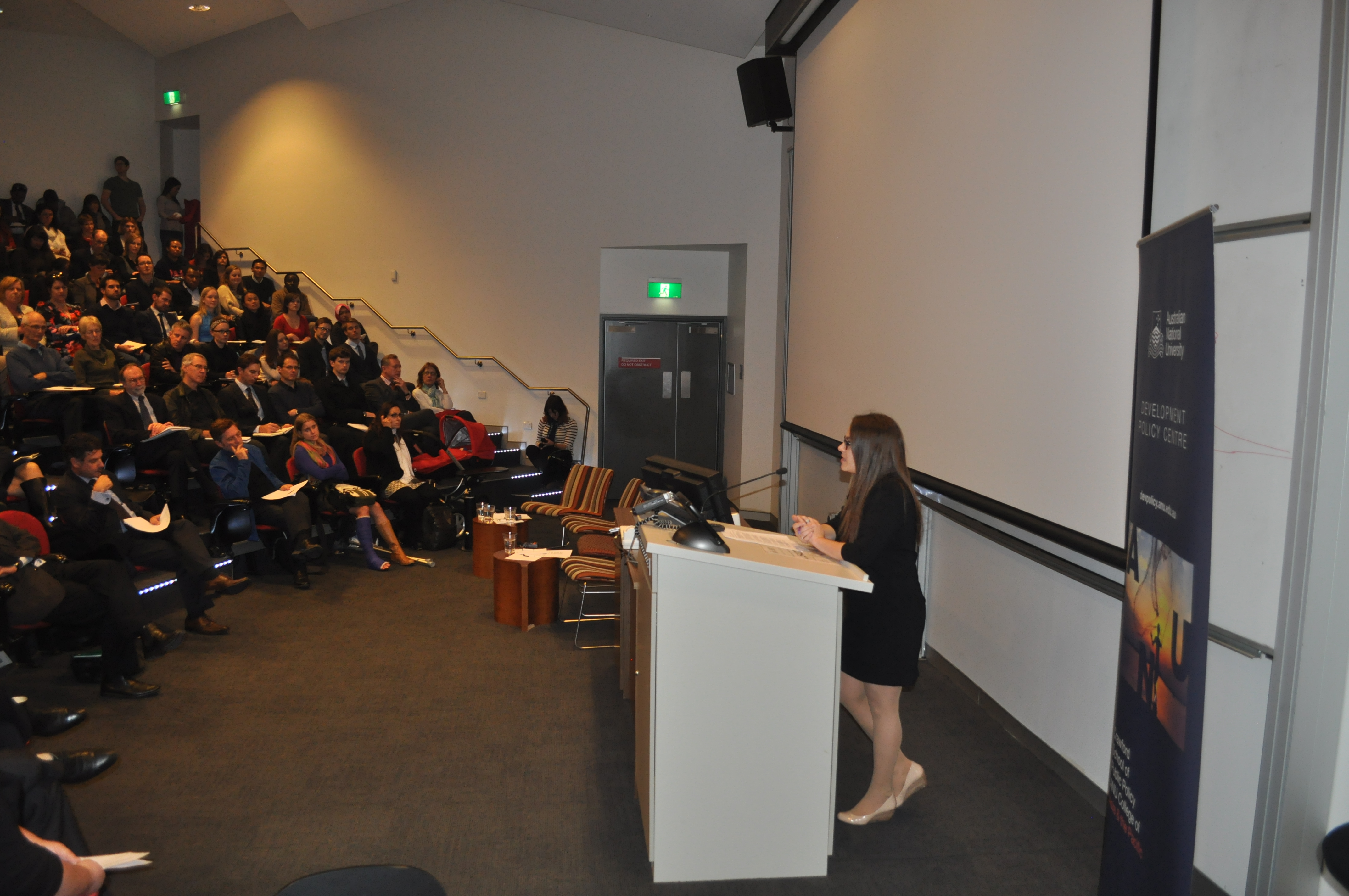 Beyond the numbers: three reflections on the aid budget

I’m pleased to have the opportunity to talk to you this morning about three reflections I’ve had while looking at the budget overnight.

We’ve seen a breakdown of the key headline figures, who has won and who has lost, what the trends are in the macro-economic context and where we fall out when we look at last night’s aid program as a percentage of Australia’s GNI—the internationally agreed measure for evaluating OECD Donor’s efforts towards poverty alleviation.

What sense can we make of the figures, and what do we need to consider going ahead? For me the reflections are:

1. The aid budget is a target for savings… again!

Notwithstanding a difficult budget environment overall, I would be remiss if I didn’t point out that once again the aid budget has been the target of large savings measures. The Government claims that $7.645 billion of savings will be found from the aid program over 5 years (including the cuts that occurred in the financial year 2013-14). The truth is, these cuts are comprised of announcements that have already been made, and dollars that were never really there. The real cost of new savings through  the delayed commitment to increasing Australia’s Aid by CPI is somewhere in the order of $1.02 billion over the forward estimates.

This is another delayed commitment amounting to real losses to aid dollars in what seems a series of such delays and broken commitments. And that’s important.

In the lead up to this budget, we’ve heard from Senior Coalition Members that selling the aid program to the average voter in this environment is difficult.  And it is this difficulty that translates into abandoned promises and aid cuts, repeatedly having the aid budget shoulder a disproportionate share of savings despite being only 1.3% of Federal expenditure.

But whose problem is this? To some extent it is the problem of all those who believe, as I do, that aid is an important investment in Australia’s future.

NGOs, however, are quite adept at having this conversation with the public. In the last year for which we have data, $1.1 billion was raised by overseas aid organisations– directly from the public. This is $2 of every $3 dollars that NGOs raised. ACFID members are regularly communicating with supporters in order to talk to them about the development work that has been done, the work that remains to be done, and the vital contribution that the Australian public can make to improve the lives of the world’s poorest.

Is there more we could do? Of course. Is it an area that we could collaborate more with other stakeholders and increase the impact of development communications for a more meaningful conversation with the Australian public? Certainly.

And, while much has been made about Australian NGOs being responsible for selling the aid message, I don’t think the buck stops with us.

So, I think there is a need for a better public conversation on aid and I think we all need to be a part of it.  Which brings me to my next point…

The difficulty with last night’s budget is that it would be very hard to have a meaningful conversation with the public about aid on the basis of what can be identified.

This year, despite a recommendation by the National Commission of Audit to retain it, the Ministerial Statement was abandoned.

And, while I commend the efforts of the DFAT staff who have updated the website with as much information as they can, the fact that the release of the aid policy statement has not accompanied the budget figures has muddled any clarity on how funds will be spent.

ACFID has now participated in three consultative discussions on the Government’s aid benchmarking process and we’re surprised that given the emphasis that so far has been placed on accountability for results, the Government has declined to use the budget opportunity to lead by example.

Detailing the level of expenditure not only by country but by policy priority is a necessary element of accountability.  Without it, we are unable to see how implementation is progressing, on what, and for what outcomes.

We’ve been promised that in the coming weeks the aid policy framework and aid policy priorities will be announced and that a similar level of information to what has been found in the Blue Book in the past will be available.

We look forward to that because if all aid stakeholders are to be mutually accountable to one another for the results of Australia’s aid, that information will be a minimum requirement.

Lastly, while the aid policy framework is highly anticipated amongst aid stakeholders, we expect that what is coming won’t be a foray into totally unexplored territory.

Despite being on hold until the Minister announces the aid policy framework and accompanying benchmarks, it seems that there is a high level of consistency in the budget with what she has been saying all along—from the time since she was in Opposition to her most recent speech marking the 799th anniversary of the Magna Carta.

We can expect that to see priorities that detail a focus on:

ACFID has consistently advanced the position that economic growth contributes to, but is not alone responsible for, poverty alleviation. And further, that unaided, growth may not lead to increasing opportunity for all to contribute to, or benefit from, growing prosperity.

We have seen some promising signs in the budget last night where program support in Indonesia, for example, explicitly speaks to activities that connect the bottom 20% of people to economic benefits. This is in line with what we identified in January when we released a paper Benchmarks for Effective and Accountable Aid and what we have reiterated in our most recent submission to the Inquiry on the role of the private sector in development.

ACFID has also consistently spoken about the need to address the human barriers to participation and productivity—the preconditions for economic growth, if you will. Health, education, women’s role in public life—these are all areas well placed to be the focus of Government ODA and so far we have every reason to believe they will be reflected in the Government’s policy priorities when announced.

More meaningful discussion of this budget should follow the anticipated aid announcement, but in the interim I look forward to hearing the reflections of those in the room today and to the continuation of this dialogue going ahead.

This is a copy of Joanna’s speech delivered at Devpolicy’s 2014 aid budget breakfast. Speakers powerpoint presentations are available from our website, and a podcast of the event will be available in the coming days.

Joanna Lindner Pradela is Head of Policy – Aid & Development at the Australian Council for International Development.