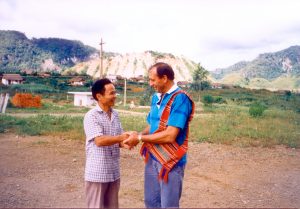 For generations of young Australians with a passion for social justice, volunteering in developing or indigenous communities has been a rite of passage.

Bill Armstrong has been deeply involved in this movement since the 1960s, working with organisations such as the Overseas Service Bureau (now Australian Volunteers International), and Indigenous Community Volunteers.

In his interview with Robin Davies, he sees a special place for volunteers in our engagement with countries in the region.

Read our profile of Bill Armstrong and his life’s work supporting and promoting volunteering here.

This is the final in our series of Aid Profiles for 2016. The whole series makes great summer reading – catch up here.

The seven profiles we have written in 2016 form the shortlist for the 2017 Mitchell Humanitarian Award, which will be announced at the Australasian Aid Conference dinner on Wednesday 15 February.

If you have nominations for the profiles or award, we accept them on a rolling basis – get in touch with us at devpolicy@anu.edu.au.