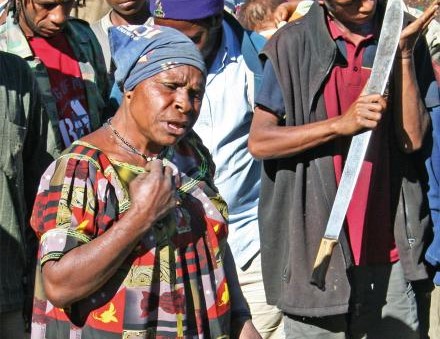 New Caledonia (NC) and Papua New Guinea (PNG) are both Melanesian countries which not only share geographical and cultural similarities, but whose economies are highly dependent on extractive industries. Due to differing colonial trajectories, research on these two countries has mostly been carved up among the Anglophone and Francophone academies. In Large-Scale Mines and Local-Level Politics, Colin Filer and Pierre-Yves Le Meur succeed in bridging this scholarly divide. In a series of essays, this open access volume examines whether the relationship between large-scale mines and local-level politics is similar due to a distinctively “Melanesian way of menacing the mining industry“, the varied ways in which mining companies engage with local communities, or other differences between the two countries.

Some aspects of the relationship can be explained by the roles and powers of the state, the differing colonial trajectories, and the legal and policy frameworks of these two countries. Whereas New Caledonia is engaged with France in a process of ‘negotiated decolonisation’ through the Noumea Accord [French], the independent state of PNG seems to resemble more of a “naked emperor or paper tiger” (p.34). While French colonisers created ‘tribal reserves’ which alienated Kanak peoples from their land, over 90% of PNG land remains held through customary land tenure. So, when the state now seeks to acquire land to develop a mine, local politics in PNG is dominated by a fierce ‘ideology of landownership’ which individuals deploy to stake claims in PNG’s complex array of business spin-offs, compensation, benefit-sharing, and development agreements. In contrast, because New Caledonia generally excludes customary claims to public land where mining activities mainly take place, and their mines’ benefit streams lack PNG’s complexities, local politics tends to instead emphasise the pursuit of a Kanak national identity and political representation.

You could think of this interaction playing out on some sort of metaphoric high-stakes handball court, whereby political actors occupy different spaces to represent the ‘community’ or ‘company’ or ‘government’ (or multiple spaces simultaneously). As power shifts between these groups over the lifespan of a mining project, so too will individual actors move between different positions to represent different groups over time.

Some critics might question the shape of the model by asking whether these should be four ‘corners’ rather than three, five or six. Some may critique the model’s narrow definition of the fourth corner – society – as the groups of stakeholders from whom companies seek their social licence to operate. While the rectangular model is a useful tool, it may be tempting to reify the rectangle instead of focusing on the agency of actors situated within it. The authors stress that the four corners of the rectangle are roles that actors occupy and oscillate between over time. To use Alex Golub’s (2014) terms, they are ‘leviathans’ that are ‘personated’.

The collection of essays covers a wide range of issues, from benefit sharing agreements and corporate community development strategies to the way that discourses of environmental damage, gender, migration, or indigeneity are deployed by local communities. The first set of essays discuss New Caledonia’s two major projects in Koniambo and Goro, and other smaller and older projects in the municipalities of Boakaine and Thio. New Caledonian mining communities have deployed multiple, often conflicting, discourses of environmental justice, development, employment, and indigenous rights in their negotiations with mining companies, that have reconfigured local landownership, politics and business. The second set of essays cover a range of issues relating to four major projects in PNG – Porgera, Ok Tedi, Lihir, and Panguna.  These include the politics of women’s landowner associations, the influx of domestic migrant workers, assessing corporate community development projects, and the reluctance to describe local communities as ‘indigenous peoples’. Some projects are approaching closure (in the case of Ok Tedi), while others face the possibility of reopening (in the case of Panguna). Local-level politics are entangled with notions of Kanak national identity in New Caledonia, an ideology of landownership in PNG, or an ideology of the “primacy of Bougainvillean rights” in the case of Panguna (p.394).

As both New Caledonia, and PNG’s autonomous region of Bougainville, fast approach independence referenda (in 2018 and 2019 respectively), debate grows over what role (if any) mining should play in these decisions, and how the costs and benefits of mining would potentially be distributed. Filer and Le Meur’s timely volume not only speaks to these current debates, but adds detail and nuance to the complex interactions between multiple stakeholders. The rectangular model of stakeholder relationships provides a useful conceptual tool which can be applied to similar relationships between large-scale mines and local-level politics beyond Melanesia.

Shaun Gessler
Shaun Gessler is an anthropology PhD student at the ANU Department of Pacific Affairs. His thesis investigates the relationship between a Chinese-run nickel mining project in Papua New Guinea and the local communities on whose land the project is located.