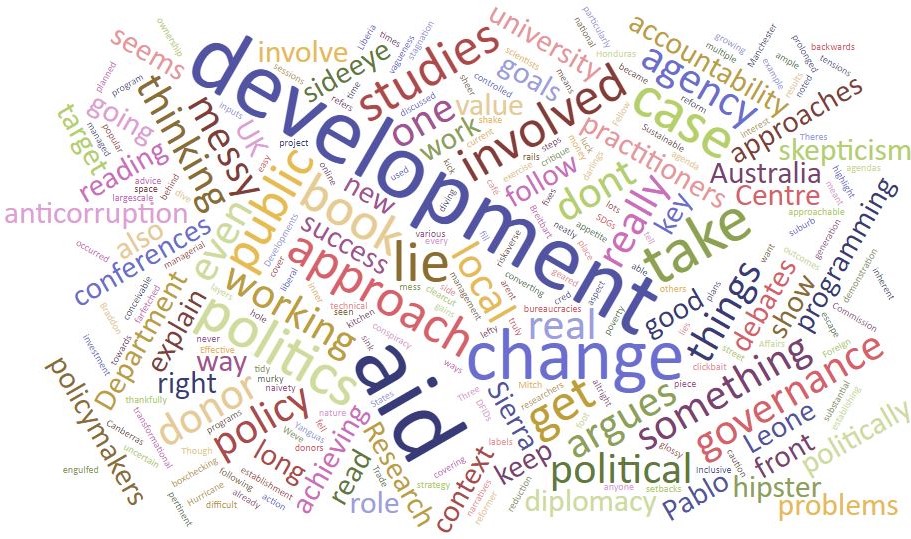 Book review: Why we lie about aid 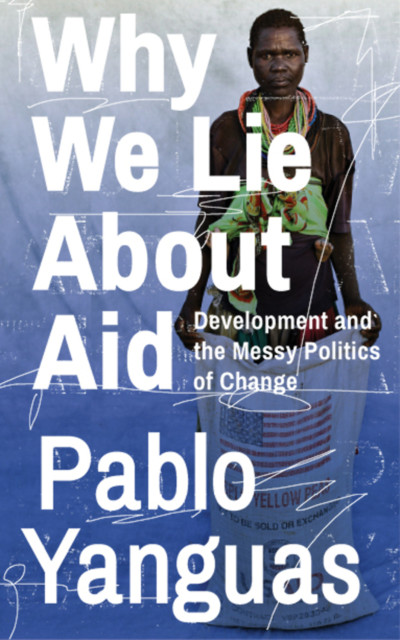 Front cover of ‘Why we lie about aid’

If I had one key piece of advice for anyone diving in to Pablo Yanguas’ Why we lie about aid, it would be to exercise caution if reading in a café in a lefty hipster inner suburb, like Canberra’s Braddon, if you want to keep your street cred. You will get some side-eye. In these times of aid skepticism, the title sounds like a blog pulled from Breitbart or some other alt-right online conspiracy hole. It’s good clickbait. But the subtitle — ‘Development and the messy politics of change’ — is really what the book is all about.

Yanguas, a Research Fellow at the Effective States and Inclusive Development Research Centre at the University of Manchester, is one of the new generation of political scientists who are here to fill your development conferences with popular sessions on thinking and working politically. We’ve seen growing interest in these approaches in recent years at the Centre, likely because Australia tends to follow the UK Department for International Development’s (DFID’s) appetite for such things. This book is an approachable way for practitioners, researchers and others to dive in to some of the debates and thinking behind this approach.

The lies that Yanguas refers to in the title are the various ways that we tell ourselves that aid can be neatly managed or controlled, with inputs converting into tidy and clear-cut development outcomes. He rails against the value for money agenda, risk-averse managerial approaches, aid bureaucracies, technical ‘fixes’ and the naivety and far-fetched nature of most project plans. The vagueness and problems of the ‘accountability’ and ‘local ownership’ agendas get a kick. Even the current development darlings of the Sustainable Development Goals (SDGs), which he labels a ‘kitchen sink covering every conceivable aspect of liberal development’, don’t escape critique (thankfully!). All these layers of management and goals and box-checking, Yanguas argues, results in development programs that aren’t truly geared towards achieving transformational change.

Three case studies are used to explain the murky mess, uncertain gains, and sheer luck involved in working in the political and governance space: the establishment of the Sierra Leone Anti-Corruption Commission; a large donor governance reform program that aimed to turn around Liberia’s audit office; and the development (and stagnation) of a poverty reduction strategy in Honduras following Hurricane Mitch.

Though these case studies are by no means glossy or easy to follow narratives of aid success, they show that real change takes time and prolonged investment. In the case of Sierra Leone, for example, there were multiple substantial setbacks in establishing a national anti-corruption agency, but once the right reformer became involved and the right political context fell into place, the work that had already occurred meant the agency was able to take action. There’s ample demonstration that it can take a donor going on the front foot on something difficult to really shake things up, and that this can also involve lots of backwards and side steps that could never be planned for.

The case studies highlight the inherent tensions between diplomacy and development, and diplomacy and accountability, something particularly pertinent here as our aid agency has been engulfed by our Department of Foreign Affairs and Trade (which is noted and discussed in the book). They also show that achieving change can involve donors getting their hands dirty — whether it be in bringing up the prickly issue of conditionality or aid performance, or getting involved in the no-go zone of local politics —something that the more technocratic or bureaucratic institutions have been traditionally unwilling to do.

The real heroes in the case studies are local reformers, which Yanguas argues are key to the success of any change process, and who often take great personal risks. (Duncan Green’s How Change Happens is a good complimentary read with more examples.) He argues that aid’s main role should be to identify, empower and support these individuals or groups, through a ‘contentious politics’ approach.

While many of these ideas are not brand new to those who go to conferences and read papers, Why we lie about aid plays an important role in showing where we are in terms of the debates around how to do aid and development better, and to more effectively tackle those stickiest of problems like weak governance and corruption. But it provides little in the way of definitive answers, which seems fair — if we pretended we had those, that would be another big fat lie.

There is one area where I disagree with the author. Yanguas calls on those involved in the ‘doing development differently’ (DDD) and ‘thinking and working politically’ (TWP) movements to develop a public narrative to counteract misinformation. To me this is a low priority. The public doesn’t really care what approach we take to development, and they don’t even understand the most basic things about aid. Getting your average punter to advocate for a politically-informed approach to aid programming, or even just to be a smidge more understanding of the fact that development is tricky and complex, seems a long shot.

Policymakers and practitioners in donor countries should be the real target for a change in mindset, as they actually have influence over the ‘how’ of aid programming and policy. We should be advocating for policymakers to take leadership, to value the expertise of those who work in aid and development environments, to take a long view, and to step away from the kinds of kneejerk policy whims that arise in response to public panics. There are other areas of public policy where they manage to do this, so why not on aid?

But perhaps this difference of opinion is a product of context — here in Australia, we don’t have a legislated 0.7% aid/GNI target. We’re still trying to get and keep a reasonable aid budget instead of being in maintenance and defense mode like the UK. Beyond the kind of hipster suburbs in university towns where you get side-eye for reading a book with a title that hints at aid skepticism, any attempt to explain messy politics is probably not going to help with this.

Why we lie about aid: development and the messy politics of change by Pablo Yanguas is published by Zed Books.