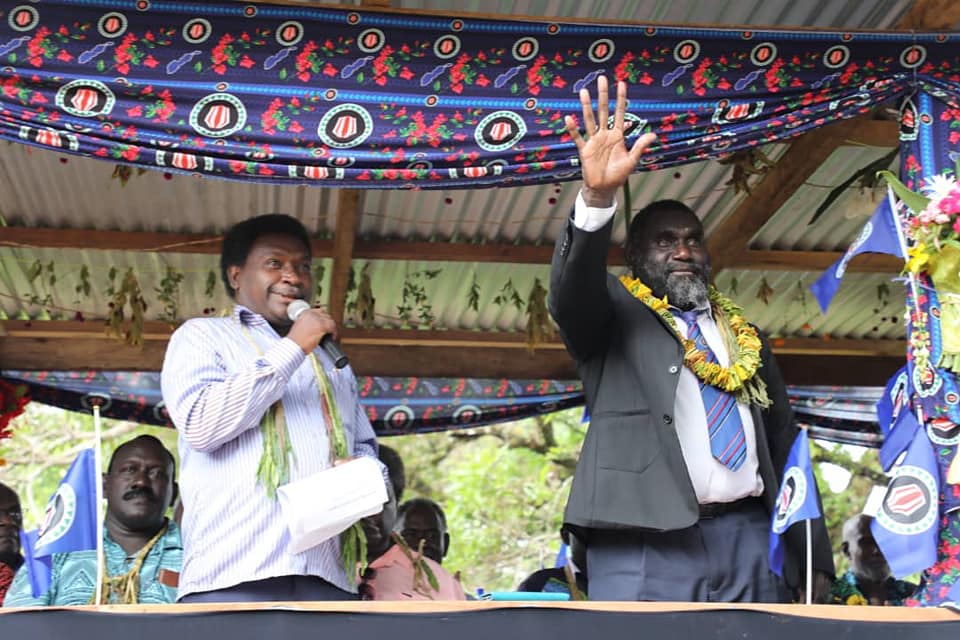 This is the final in a three-part series discussing the little-known record and the leadership attributes of the newly elected (September 2020) President of Bougainville, Ishmael Toroama. This part discusses his candidature in four elections in Bougainville since 2010 and considers the extent of, and the likely reasons for, his success in the 2020 Autonomous Bougainville Government (ABG) presidential election. It concludes with a brief comment on how his record has prepared him for the role of president, particularly in relation to post-referendum consultations with the Papua New Guinea (PNG) government about the future political status of Bougainville.

Toroama first stood for election in 2010. The unexpected mid-2008 death of the first ABG president, Joseph Kabui (elected in mid-2005), apparently made Toroama attempt a move from a now-ended ‘military’ role into a political role, where he could support the pursuit of independence through political activities.

In the 2010 ABG general election, he stood for South Nasioi, one of the 33 single-member constituencies in the ABG House of Representatives. He came second, gaining 707 votes to the winner’s 817. In 2012, he stood in the general elections for PNG’s national parliament for the Central Bougainville electorate, one of Bougainville’s four national parliament electorates. He again came second, with 18,269 votes to the winner’s 23,549.

In the 2015 ABG general elections, he stood for the presidency, again coming second with 18,466 votes, the winner (then sitting president John Momis) gaining 51,382 votes. He outpolled Sam Kauona, his former Bougainville Revolutionary Army (BRA) leader, who comes from an area close to Toroama’s place of origin. Kauona came third, with 14,965 votes.[1]

In the 2020 presidential election Toroama was one of 25 candidates, Sam Kauona and James Tanis being amongst the others. He announced his intended candidature in late 2019 and established a political party in June 2020 – the Bougainville People’s Alliance Party. With 149,965 votes cast,[2] a minimum of 50% + 1 result for a winning candidate (a goal of the limited preferential voting (LPV) system applying to both ABG and PNG elections), the winning candidate would have been expected to receive at least 74,983 votes (just over 50% of the votes cast). Because of the spread of votes amongst the 25 candidates, none achieved anywhere near 50% of first preference votes. However, Toroama was in the lead, with 27,448 first preference votes (18.3% of votes cast). Yet in his own region of Central Bougainville, he came a distant second to Father Simon Dumarinu, who won 35% of first preference votes to Toroama’s 18%.

Under the LPV system, successive eliminations of the candidate with the lowest level of first preference votes then occurred. With 23 eliminations required, this process gradually resulted in many ballot papers having their preferences exhausted and the figure of 50% + 1 support also reduced. Successive candidate eliminations and preference distributions saw Toroama lead at each stage and then declared the winner with 48,766 votes, 32.5% of total votes cast. Voter turnout was 67% of the 222,333 enrolled voters, higher than the 60% turnout in 2015 when only 173,679 voters were enrolled, but much lower than the 87.4% turnout in the 2019 referendum when 207,213 voters were enrolled.[3] The total of first, second and third preference votes Toroama received was, however, quite close to Momis’ winning 2015 vote (though with only two eliminations required, Momis received many more first preference votes than Toroama). On the other hand, the number of votes cast in 2015 was 104,300, far lower than the 149,965 votes cast in 2020, which was far lower than the 181,067 votes cast in the referendum.

Many observers were surprised that Toroama achieved quite strong levels of voter support in the North and South Bougainville regions, balancing his poor performance in his home area of Central Bougainville.

Factors relevant to Toroama’s 2020 success undoubtedly included his record as a fighter for independence, although this might also have been a factor in his poor showing in the first preference count in Central Bougainville. More than other prominent BRA/BIG (Bougainville Interim Government) presidential candidates in the 2015 and 2020 elections, he has successfully expanded his support base beyond mainly BRA/BIG networks and home constituencies, his church, music and business roles all being important here. His record of support for both peace and independence throughout the peace process would have been important to Bougainvilleans, who less than 12 months before the election voted 97.7% for independence from PNG. Uppermost in voters’ minds was the fact that the new president would lead Bougainville’s consultation with PNG about Bougainville’s future political status. A post-election comment by Geraldine Valei, Executive Officer of the Bougainville Women’s Federation, may also be of relevance: ‘The reason why we say that he is the right person is because, in our Melanesian way of resolving conflicts, if you start the war then you are the one to resolve it.’

However, these aspects of Toroama’s record were not the only, nor even necessarily the most important, factors in the vote, given that all 25 candidates supported independence, and several also had played significant BRA or BIG roles during the conflict (including, once again, Sam Kauona and former president James Tanis).

Other important factors likely to have been involved in Toroama gaining the highest level of support, and the strength of that support in South and North Bougainville, were his:

What does Toroama’s history tell us about his attributes as president in a post-referendum Bougainville, still divided despite the overwhelming vote in favour of independence in the 2019 referendum and preparing for post-referendum consultations with the national government? In terms of his attributes for being president, it is the author’s opinion that Toroama has shown himself to be an independent thinker and a man of principle from a young age, committed to both independence for Bougainville and the peaceful resolution of the conflict, despite at the same time being a BRA fighter from 1989 to 1997. He has a record of successfully managing loose coalitions of interests and persuading his followers to accept difficult compromises. Through his active participation in the development of the two main documents guiding Bougainville in the ongoing peace process – the BPA and the Bougainville constitution – Toroama is familiar with the complexities. His past actions indicate that he is committed to following through on the long-term implementation of what has been agreed under the BPA.

This three-part series is intended to contribute to addressing a considerable gap in knowledge about President Ishmael Toroama and to shed light on the multiple roles that he has played, some of which have been pivotal in securing peace in Bougainville.

[2] The figures for the data for the 2020 ABG election are drawn from IFES (International Foundation for Electoral Systems) 2020, ‘Data/Statistics’.

This is the final in a three-part series. You can find the first post here and the second here.

This blog was first published as DPA In Brief 2021/14 by the Department of Pacific Affairs at ANU as part of their In Brief series.