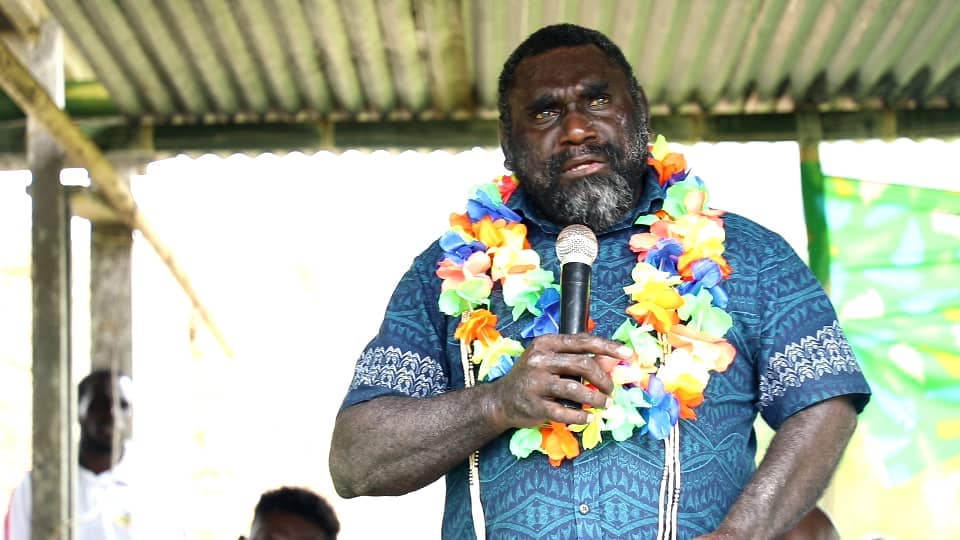 This is the second in a three-part series discussing the record, the reasons for the election, and the leadership attributes of the newly elected (September 2020) President of Bougainville, Ishmael Toroama. This part discusses Toroama’s roles in extensive business activities since the 2005 establishment of the Autonomous Bougainville Government (ABG) and his significant role as a musician, both of which are relevant to the outcomes of the 2020 ABG presidential election.

The foundations of Toroama’s success in a wider range of businesses almost certainly flowed from his lucrative involvement in two aspects of the intensive ‘industry’ that developed from about 2007-08 of extracting scrap metal from the ruins of the derelict Panguna copper mine, closed in 1989. In 1999 initial scrap metal dealings were opposed by the mine licence holder, Bougainville Copper Ltd (BCL). From about 2008, however, BCL agreed to allow commercial extraction of scrap metal provided the process was ‘regulated’ by the ABG and benefited landowner communities from mine-impacted areas. Several investors, mainly from South Korea, China and India, entered into arrangements with landowner groups, investing in the considerable amount of equipment needed to extract the scrap metal – including forklifts, heavy trucks and metal-cutting equipment – paying local landowner community members for their labour and sharing profits with them. At least three landowner companies emerged: Komeri Holdings Ltd, Panguna Metals Ltd and Doborubu Scrap Metal Group. The then Panguna Landowners Association (PLA), representing mine-impacted landowner communities, attempted, with little success, to oversee regulation of scrap metal operators intended to ensure benefits flowed to landowners.

Toroama was reported to be involved in the scrap metal industry both through a role in Komeri Holdings and through establishing a security company. The security company – Islands Corp – provided security mainly to the many overseas companies and individuals involved in the scrap metal business, whose trucks and other equipment needed to get access to the so-called ‘no-go zone’ that covered the Panguna mine-lease areas. At the time (2008-14) access to these mountainous areas from Bougainville’s former capital, Arawa, on the east coast, was controlled by armed former elements of the Bougainville Revolutionary Army (BRA). They were part of the Me’ekamui Defence Force associated with the Me’ekamui government declared by Francis Ona when Sam Kauona, Toroama and Joseph Kabui, as well as other BRA/BIG (Bougainville Interim Government) leaders, began to engage in the peace process from about 1995.

His roles in the scrap metal industry resulted in accusations that Toroama was playing a predatory role. One allegation concerned his involvement in Komeri Holdings. He was said to be using weapons to keep rival groups at bay, the claim being that he and other so-called ‘gangs’ had ‘weapons and are ready to use them at the slightest of provocation’ and that Toroama’s ‘gang’ was exercising ‘mafia-like authority’. His security company was said to be offering a ‘protection service’ to local businesses, helping them to ‘ward off competition’. It is important to understand the difficult and confrontational relationships between Toroama and other former BRA leaders and members associated with him on the one hand, and the armed Me’ekamui elements on the other hand, who controlled access to the mine-lease areas.

Interviews the author conducted with Arawa residents between 2009 and 2014 indicated that there was no basis to the allegations about Islands Corp providing a ‘protection service’.

After the scrap metal industry gradually petered out around 2012-13, Toroama continued to operate his security company, and in 2021 it continues to have contracts in several parts of Bougainville. In addition, he has various other business interests. One includes buying gold produced by artisanal miners involved in the small-scale gold industry in Bougainville, which has a concentration of activity in the Panguna mine-lease and neighbouring areas. He also engages in heavy plant hire (at one stage hiring equipment to the Lihir gold mine in New Ireland) and also operates an automotive/heavy equipment workshop.

From about 2015, Toroama concentrated much of his activity on developing cocoa blocks he owns in association with others near the Aropa Airport, operating as Amataa Sustainable Cocoa Project. In a 2017 report on Bougainville cocoa projects receiving Australian aid funding to improve production, Toroama was quoted as saying he was ‘restoring cocoa production in his area as a way of providing employment and teaching youths in the area the value of work for money’.

In October 2020, just weeks after Toroama was declared president, The Australian newspaper reported [$] that he was ‘a major shareholder, director and secretary’ in an Australian company called Bougainville Sustainable Timber Resources Ltd, which has three Australian directors. The company was reported to be advertising its political connections to the president as it seeks millions from investors for a gold and logging venture in Bougainville. The company claimed that its links to the president’s office put it ‘in a unique position to discuss copper mining, oil and gas licences, fisheries licences and other lucrative market segments in Bougainville’. Toroama publicly defended his record, saying his dealings in the company had occurred when he was ‘a private citizen’, that the company had been established to seek investors for involvement in only ‘sustainable logging as well as alluvial gold projects’ and that, after consultation with the PNG Ombudsman Commission and the PNG Investment Promotion Authority, his shares in the company had ‘been divested to a third party’. Public discussion ceased after Toroama’s statement was released.

Toroama’s various business interests have made him a leading businessman in Bougainville. His success has attracted jealousy and criticisms, including from former BRA comrades. One 2013 complaint from a former BRA member probably directed at least in part at Toroama was that former BRA leaders ‘are recklessly running after money … after ordering us to contain our weapons’ and have ‘forgotten us the soldiers who actually suffered to earn them the reputation they have as leaders’.

Toroama has a long history as a musician, maintaining his involvement even during his years as a BRA fighter. His musical interests gained the attention of a journalist and writer who spent time with him in the bush during the conflict. He found Toroama’s ‘music studio’ in his ‘jungle home’ as incongruous and commented on the songs Toroama and his men were composing, as ‘tacky songs, usually about the conflict and always about Jesus’.

Since the conflict, Toroama has expanded his music activities, continuing to connect with his Christianity and reflecting on the conflict, as well as the peace process. In particular, he has played a central role in establishing a United Church music ministry and has conducted public gospel music shows. Even more prominently, he has been manager, songwriter and singer in a popular Bougainville reggae band, Offsprings. Its CD One Nation, released early in 2015, contains a thoughtful collection of songs that are far from ‘tacky’. They deal with the causes and impacts of the conflict and the need for reconciliation and unity amongst Bougainvilleans.

Offsprings played a prominent role in promoting referendum awareness in 2019, performing at public gatherings in many parts of Bougainville. Although the songs on the One Nation CD are not religious, other Offsprings songs are. In May 2019, Toroama commented on the band’s involvement in referendum awareness, saying that ‘through their music [they were] assuring the people that with God all is in safe hands’. He also said that ‘their songs are mainly mind healing songs for people that are not sure what the future holds for Bougainville’. In an interview with Radio New Zealand he indicated that the band was raising awareness about both the referendum vote and ‘the need to dispose of weapons ahead of the referendum’. He went on:

It is a way of getting the message to the former fighters and they understand and then we have discussions, and as a result they give up their weapons. But the process is still continuing. Now we are moving into the Me’ekamui areas – we have made contact with the Me’ekamui command.

The final part of this series looks at Toroama’s candidatures in elections from 2010 to 2020 and provides some analysis on his success in 2020 and of the attributes he brings to the leadership role he now enjoys.

This blog was first published as DPA In Brief 2021/13 by the Department of Pacific Affairs at ANU as part of their In Brief series.