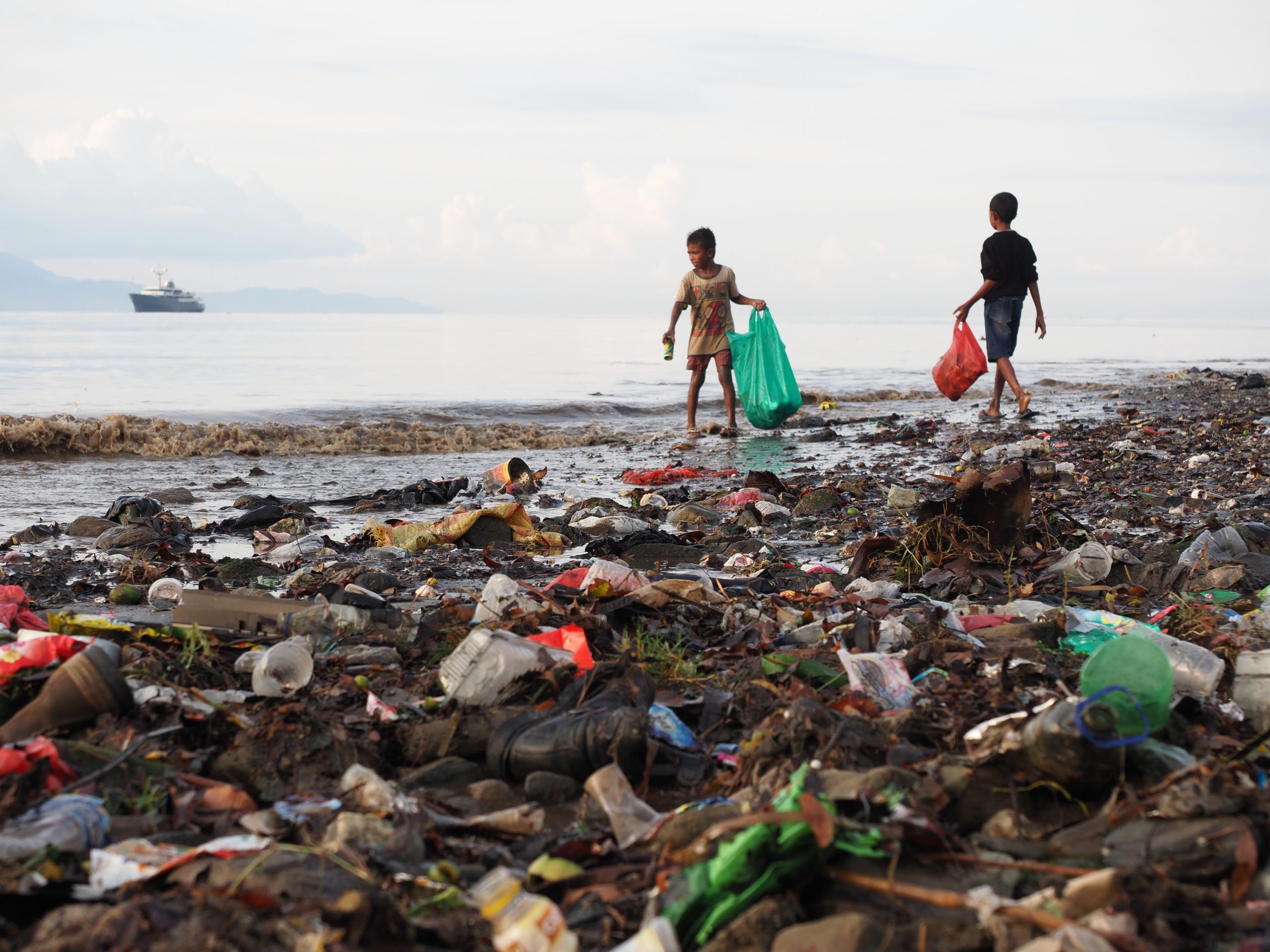 Fifty kilometres east of Dili is the site of one of Timor-Leste’s most renowned scuba diving locations. It is reached via the nearby Santo Antonio Grotto rest stop where timber-slat huts sell plastic bottled water and noodles in Styrofoam cups. Directly behind the shops are mountains of burning plastic packaging in a seasonally-dry river bed waiting for rain to flush it onto the reefs.

In Timor-Leste, there is a growing plastic waste crisis. The issue is crucial for Timor-Leste’s tourism potential based on the nation’s relatively unexploited marine and terrestrial environments.

Government policy and non-government advice view tourism as essential to diversifying the economy. Publicity that invites visitors to “Relax on our stunning beaches, be wowed by our tropical reefs and witness amazing marine live [sic]” is central to Ministry of Tourism campaigns. In surveys of foreign perceptions of Timor-Leste, attractive beaches rank as the most common positive connotation of the small tropical island nation.

If and when they return after COVID-19, tourists are more likely to encounter beaches inundated with plastic, despite relatively low levels of consumption and a small population of around 1.3 million. That is because national and municipal governments are yet to establish safe and sustainable public sanitation or waste management systems.

Recent reports on plastic recycling and marine pollution commissioned by the Asian Development Bank (ADB) and the United Nations Development Programme Timor-Leste (UNDP) estimate the country produces between 54.7 and 68.4 tonnes of plastic per day – 81% of which is predicted to enter the sea due to mismanagement or direct littering.

“Approximately 20,690t [tonnes] of plastic waste were released in the waters around Timor-Leste in 2010. If not addressed, the amount is expected to rise to 64,205t by 2025”, states the ADB-commissioned report. As a result, Timor’s coastline and waterways are gradually being carpeted with plastic – particularly in the wet season, when heavy rains flush out rivers and canals.

During recent wet season beach walks I encountered a noticeable increase in medical waste, including HIV testing kits, syringes and COVID-19 surgical masks. Before the COVID-19 pandemic the World Health Organization estimated that around 100 tonnes of hazardous medical waste was produced in Dili every year.

In Dili, all waste goes to a single environmentally-hazardous site in Tibar, 15 minutes’ drive west of the capital. A 2018 study by researchers and lecturers from the National University of Timor-Leste (UNTL) described how waste is “collected in common open trucks in the city neighbourhoods, deposited in open bins and transported then to Tibar landfill. The landfill does not have any preparation and it is in reality a large open burning.”

Wet season rains fail to douse the embers and accelerate the leakage of toxic sludge into ground water and nearby coastal ecosystems. The long-term effects of this single site threaten the mangroves and coral reefs that surround Dili, and harm the country’s fish.

Most municipalities on the south coast do not have a waste collection system. Much of the waste is burned in most villages. In some cases, there are local dumps less than 500m from the sea. These can be flooded during the monsoon season and some of the waste can be swept to the sea. Faced with no way of properly disposing of household waste, local communities in Dili and rural areas also resort to burning to manage their informal plastic waste dumps.

The UNTL report says that while a lack of community awareness contributes to waste mismanagement in Timor-Leste, the government is mostly to blame. According to a 2014 ADB report, in one year the Ministry of State Administration spent between US$700,000 and $800,000 total on all waste management services – a small fraction of the ministry’s budget and “generally inadequate”. Dili waste collection workers are so poorly resourced they do not even have gloves or boots. “Most of workers that collect waste has [sic] tuberculosis disease with seven confirmed deaths”, the UNTL study found.

The UNTL study describes the government’s waste management approach as “traditional”. Sweeping up refuse and burning it is how most Timorese dealt with their largely organic waste before the arrival of plastic. In March, Ministry of Transport workers and police in the south coast municipality of Covalima even burned 57 motorcycle helmets that didn’t meet regulations.

In 2019, Timor-Leste made headlines by announcing it aimed to become the world’s first plastic-neutral nation through the purchase of high-tech, large-scale plastic recycling facilities from an Australian consortium. The initiative quickly faded from the news and has not since been mentioned by Secretary of State for the Environment, Demetrio do Amaral de Carvalho.

A ban on single use plastic bags came into effect on 23 February 2021. Gally Soares Araujo, President of Movimento Tasi Mos (Movement for Clean Beaches) – one of Timor-Leste’s largest and most active community beach and street clean up organisations – welcomes the plastic bag ban but says implementation is still weak. As of 28 March, plastic bags were still widely available in supermarkets, street stalls and retail stores.

While plastic consumption needs to be reduced, the real challenge is improving waste management. Immediate crises such as the recent floods and a widening pandemic have a tendency of de-prioritising long-term necessities. Yet if Timor-Leste is to diversify its economy and improve the living standards of citizens, a factor as fundamental as waste management cannot be further delayed.

Alex Ray
Alex Ray is a development writer and researcher and previously worked with the United Nations Development Programme in Timor-Leste.