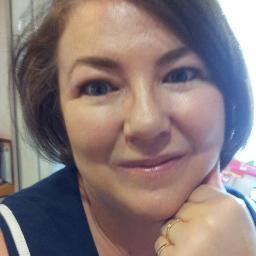 Careers in development: an interview with Susan Harris Rimmer on a career spanning the private sector, public sector, NGOs, and academia

Susan: My name is Susan Harris Rimmer. I am the Director of Studies at the Asia Pacific College of Diplomacy at the Australian National University. Prior to that I was Advocacy Manager at the Australian Council for International Development.

Jonathan: Could we get started by running through your background?

Susan: I am a pretty unusual candidate for NGO work because I am a farm girl. I grew up in Coonabarabran, New South Wales, but from when I was very small I wanted to be a lawyer working on international justice issues. So I studied arts/law at the University of Queensland.

In my final year of law, I did the Australian National Internship Program at DFAT where I worked as a legal advisor to Christopher Lamb, who really helped me by getting me to do a whole lot of research on issues that were dear to his heart, and well above my internship status. I stayed on at DFAT as a contractor for another two months after the completion of the internship.

Jonathan: And after DFAT?

Susan: Chris was then my referee for another internship, this time with the UNHCR in Kenya in 1996. I worked in a Somali refugee camp called Dabaab where the major implementing partner was CARE International. It was a pretty intense but very formative experience. I certainly wouldn’t recommend your first field work experience being in one of the worst places on Earth.

I then came back to Australia and decided I want to be admitted as a lawyer, which in Queensland required you to do two years as an articled clerk. So I worked with a law firm (Blake Dawson Waldron, now Ashurst) for two years.

Jonathan: And do you think that private sector experience was valuable?

Susan: It was extremely valuable. You need to be efficient, well-managed and a good worker, and we worked incredibly hard. Also understanding the way the private sector and upper echelons of society work is really useful. And when you are in a big, exclusive corporate law firm, you do get that. You understand how it really works and where the power actually lies, and it’s not usually with government. They were also really supportive in letting me disappear to volunteer at the International Criminal Tribunal for the Former Yugoslavia (ICTY).

Jonathan: You certainly committed to a lot of volunteering. Was it worth it?

Susan:  Definitely. I went into significant debt to do both the UNHCR and Yugoslavia gigs, but they were transformational experiences. I would say, while you’re young, just do it! Flog everything, go into debt, do what you have to: it is worth it. And you will never get work in an NGO unless you have some basic field experience. But I would also suggest having a nice year of corporate professional training to come back to so you can actually pay off the debt you have built up for yourself!

Jonathan: So after your two years as a lawyer and your time in the Netherlands?

Susan:  The day I was admitted I accepted a job as the refugee advocate for what is now Act for Peace. A connection I had made during my time in Kenya was instrumental in getting me that job, which was one of only two independently funded refugee advocacy positions in Australia. So I did that for two years.

I then moved on to become the human rights advisor at ACFID. I really loved the NGO sector. I loved everyone in it. What appealed to me was the independence of thought, the strong adherence to principles and to a mandate, as well as the ability to present a counter-narrative to government.

During this period, ACFOA supported me in undertaking the Vincent Fairfax Ethics in Leadership Fellowship, which led to further volunteer work in Timor Leste, and provided the inspiration to undertake a PhD.

After three years at ACFID, bringing us to 2002, I was poached by the UNHCR. I was really career stalking a mentor of mine, Gabrielle Cullen, up until this point.

Jonathan: What do you mean by career stalking?

Susan: Following in someone’s footsteps. Find someone you want to grow up to be and, you know, follow them! When they get to a point of moving on from their position, they are very likely to encourage someone they know and trust to take their legacy forward, to step into that position after them. You should ideally have a few people you look up to, that can help you visualise where you want to go based on shared experiences.

Jonathan: So back to your time at UNHCR?

Susan:  The work was very demanding. I was visiting detention centres every month and working on UNHCR policies on temporary protection. So while it was a great experience, it became too demanding, and I left after having my first child.

I then moved on to work at the Parliamentary Library. It was another great experience, and I would recommend it to people who want to work in advocacy. You have to go and sit up at Parliament for a while because it is the only way to learn how it really all works: you have got to be in there because you can’t really figure it out from outside.

Jonathan: And what are some avenues of getting into Parliament in this sector?

Susan: You can do Parliamentary internships, which I highly recommend. You can also get a job at the library for a short term gig. Senate Committees always take short term people for inquiries that you can get onto through the temporary register, which is great work if you can get it.

Jonathan: That’s great advice. So at this point you must have been heading back to ACFID?

Susan: Actually, I then spent a few months working in the Attorney-General’s Department, plus trying to finish my PhD. I had been working on it throughout this whole period, and was working furiously to get it published. After a frantic few months, Marc Purcell approached me to come back to ACFID as advocacy manager, a position I then held for three years. It was a great time to work in the NGO sector in Australia, we really achieved a lot.

Jonathan: And that brings us to your current position. You’ve had a very wide-ranging career to this point. Taking a look at academia, NGOs and the public service side by side, what are the pros and cons in your mind?

Susan: The benefit of the public service, especially working in parliament, is that you are the ultimate author of policy. You get to see how it all works from the inside and be a part of the outfit that is the ultimate decision maker. There are also good working conditions and it is a very safe career path, all mapped out for you.

Probably the biggest disadvantage with NGOs is most jobs are just jobs, most are too small that you can’t really establish a career path in a particular organisation. You also have to be happy working in very small environments, which can be an advantage because you can do a lot of agenda-setting. You have more freedom.

Academics actually have a huge amount of structure around them but they function as autonomous units within that structure. It is very hard to get into a good institution and the publishing pressure for an aspiring academic is monumental. But you do get to say what you want and express your ideas, which is important to me. You can leave a legacy of writing.

Susan Harris Rimmer is Director of Studies at the Asia-Pacific College of Diplomacy, ANU. She was previously the Manager of Advocacy and Development Practice at the Australian Council for International Development (ACFID). Jonathan Pryke is a Research Officer and Blog Editor at the Development Policy Centre.

Susan Harris Rimmer
Dr Susan Harris Rimmer is an Australian Research Council Future Fellow and Associate Professor at the Griffith Law School, and an Adjunct Reader in the Asia-Pacific College of Diplomacy at the Australian National University. She is also an Associate of the Development Policy Centre. She was previously the Manager of Advocacy and Development Practice at the Australian Council for International Development (ACFID). Susan helped to consolidate ACFID’s Academic Linkages Network. She has previously worked for the UN High Commissioner for Refugees, the National Council of Churches and the Parliamentary Library.