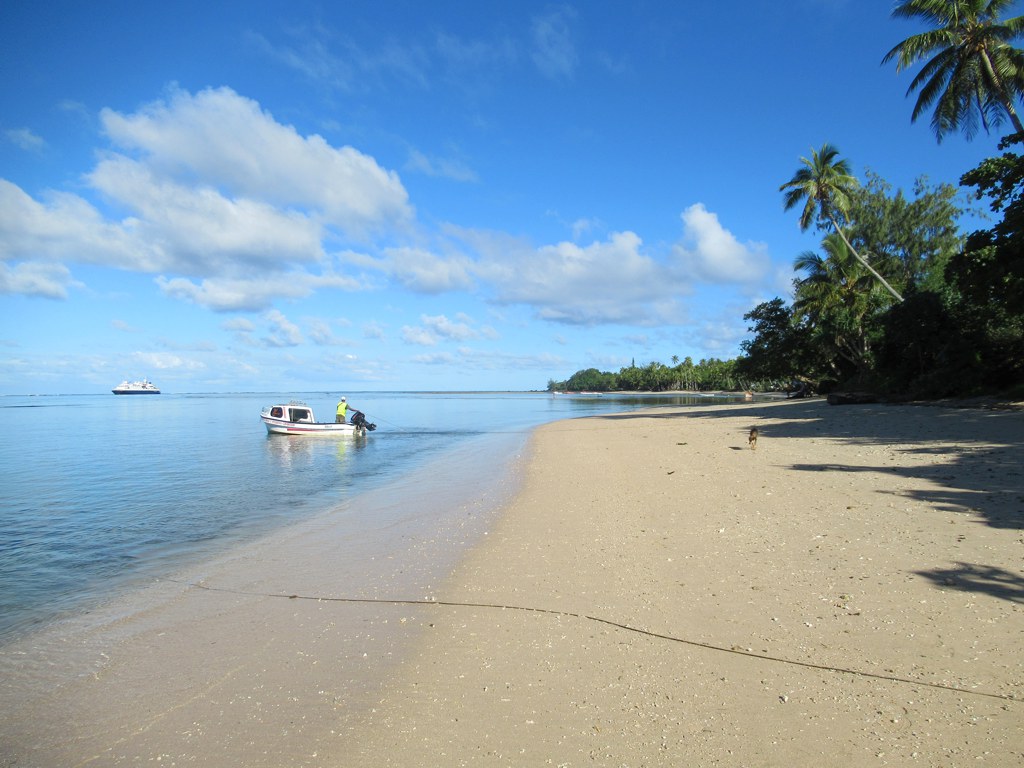 Chinese aid to the Pacific and the Caribbean

Chinese aid to Pacific island countries (PICs) has received increasing attention from academic and policy circles in Australia in recent years. But is the Pacific unique in China’s aid program? While the region is not comparable to Africa and Asia, which are the priorities in China’s diplomacy towards the developing world, are there similar patterns in Chinese aid to the Pacific and the Caribbean, both of which comprise island countries?

By providing a comparative analysis of these two island regions, we aim to further our understanding of Chinese aid in the Pacific and shed light on the current debates on Chinese aid. Drawing upon our research and the literature, we focus on Chinese aid modalities, motives and impact.

Chinese aid to the Pacific

China provides aid to PICs that recognise Beijing. Currently, eight of the 14 Pacific states are China’s diplomatic partners. As China’s two White Papers on foreign aid record, the Pacific region received 4.2 per cent of Chinese total aid or US $1.75 billion between 1950 and 2009, and four per cent (US $58.1 million) between 2010 and 2012. According to research from the Lowy Institute, China was the second largest donor in the Pacific (after Australia) between 2011 and 2018, both in terms of committed aid (US $5.88 billion) and spent aid (US $1.26 billion).

Chinese aid is allocated in three forms: grants, interest-free loans, and concessional loans. Grant aid is normally worth several million US dollars depending on individual countries and circumstances. Between 2011 and 2018 concessional loans accounted for 67.5 per cent of Chinese spent aid to the region. As China’s principal diplomatic and economic partners in the region, Papua New Guinea (PNG) and Fiji have been the main recipients of Chinese aid, accounting for 32 per cent (US $402.7 million) and 23 per cent (US $291.9 million) respectively of Chinese aid to the region between 2011 and 2018, although on a per capita basis Fiji received more than PNG.

Chinese grant aid has largely focused on government buildings, schools and prestige projects in Pacific countries. The convention centres in Port Moresby (used for the 2018 APEC summit), Nuku‘alofa (2007 Pacific Islands Forum meeting) and Port Vila are notable examples. Chinese concessional loans tend to finance large-scale infrastructure projects such as roads, seaports and airports. On the sidelines of the 2018 APEC summit in Port Moresby, Chinese President Xi Jinping committed a further US $300 million in concessional loans to PNG. As China is relentlessly pushing Xi’s signature project — the Belt and Road Initiative — which has dominated China–PIC high-level meetings, it is expected that Chinese concessional loans will continue to expand in the near future.

There are multiple reasons behind China’s rapidly growing aid to the Pacific. The One China issue is by far the most prominent. The People’s Republic of China (China) and the Republic of China (Taiwan) have been competing for diplomatic support from Pacific states since the 1970s. Currently, six of Taiwan’s 17 diplomatic allies are from the Pacific, which makes the region important to both China and Taiwan. Voting support of Pacific states in multilateral organisations is also important to the Chinese government, and China’s economic interest in the region is growing. In the past decade, China’s state and private companies have increased their investment in the Pacific, especially in PNG. As of 2017, PNG had attracted US $2.1 billion or 73 per cent of Chinese total investment in the region.

Chinese aid in the Pacific has triggered mixed responses. Some Pacific politicians believe China’s presence gives them political leverage in dealing with the powers traditionally dominant in the region. The wide gaps in infrastructure development, fewer aid conditions on governance and financing, and fast delivery also make Chinese aid attractive to Pacific officials. However, Chinese aid receives criticism on other points such as lack of transparency, inadequate use of local labour and building materials, land disputes, environmental impact, and corruption. In response to China’s growing presence, traditional powers such as Australia, France, New Zealand, the United States and the United Kingdom have stepped up their engagement with Pacific states, with an eye on China’s strategic intentions as well. Based on the ‘three island chains’ theory that has largely shaped the Chinese navy’s development, PICs are along the second island chain and have great strategic importance to China. Therefore, although China’s military engagement with Pacific states is still confined to donations of non-combatant vehicles and uniforms, visits of navy ships and training of military officers, any substantive engagement in the future would easily exacerbate regional powers’ strategic concerns.

Chinese aid to the Caribbean

As in the Pacific, the One China principle is a determinant of Chinese aid to the Caribbean, as four of Taiwan’s 17 current diplomatic allies are located in the region (Haiti, St Kitts and Nevis, Saint Lucia, and St Vincent and the Grenadines). Xi Jinping seems determined to achieve a ‘domino effect’ of recognition in Central America and the Caribbean, and it appears to be working, as 2018 saw Panama, El Salvador, and Dominican Republic shifting their allegiance towards Beijing. Agriculture, energy and mining, as well as tourism, are other drivers of China’s investment and aid to the Caribbean.

Compared to the Pacific, less external attention seems to have been paid to Chinese presence in the Caribbean so far. One of the reasons for this relates to the significantly smaller financial facilities the subregion received from China in comparison to the rest of Latin America. Another is the content of the exchanges, which focus mainly on trade and infrastructure investment, without a significant military/strategic component. As a consequence, no major concerns have emerged from external powers, particularly the United States.

There are some exceptions. The construction of a highway crossing Jamaica, worth US $600 million and built by China Harbour Engineering Company Limited, raised some concerns: China received in exchange a 50-year concession on the tolls and on 500 hectares of land adjacent to the highway to construct high-end hotels. Likewise, the violation of national labour laws in Guyana by BaiShanLin, a Chinese state-owned logging company, led to its forced closure. Nevertheless, the increase in China’s aid to the Caribbean is taking place as traditional sources of aid, especially the US, have decreased significantly, filling the void.

To conclude, the rapid growth and modalities of Chinese aid in the Pacific are not unique. Similar patterns exist in its aid to the island countries in the Pacific and the Caribbean. From an aid perspective, China has not singled out the Pacific for special attention. Rather, it is part of China’s fast-growing outreach to the entire developing world. One notable difference is that, compared with the Caribbean, Chinese aid in the Pacific has provoked a greater level of security concerns from traditional powers, especially in the context of Indo-Pacific strategy.

This piece was originally published as Department of Pacific Affairs (DPA) in brief 2019/09.