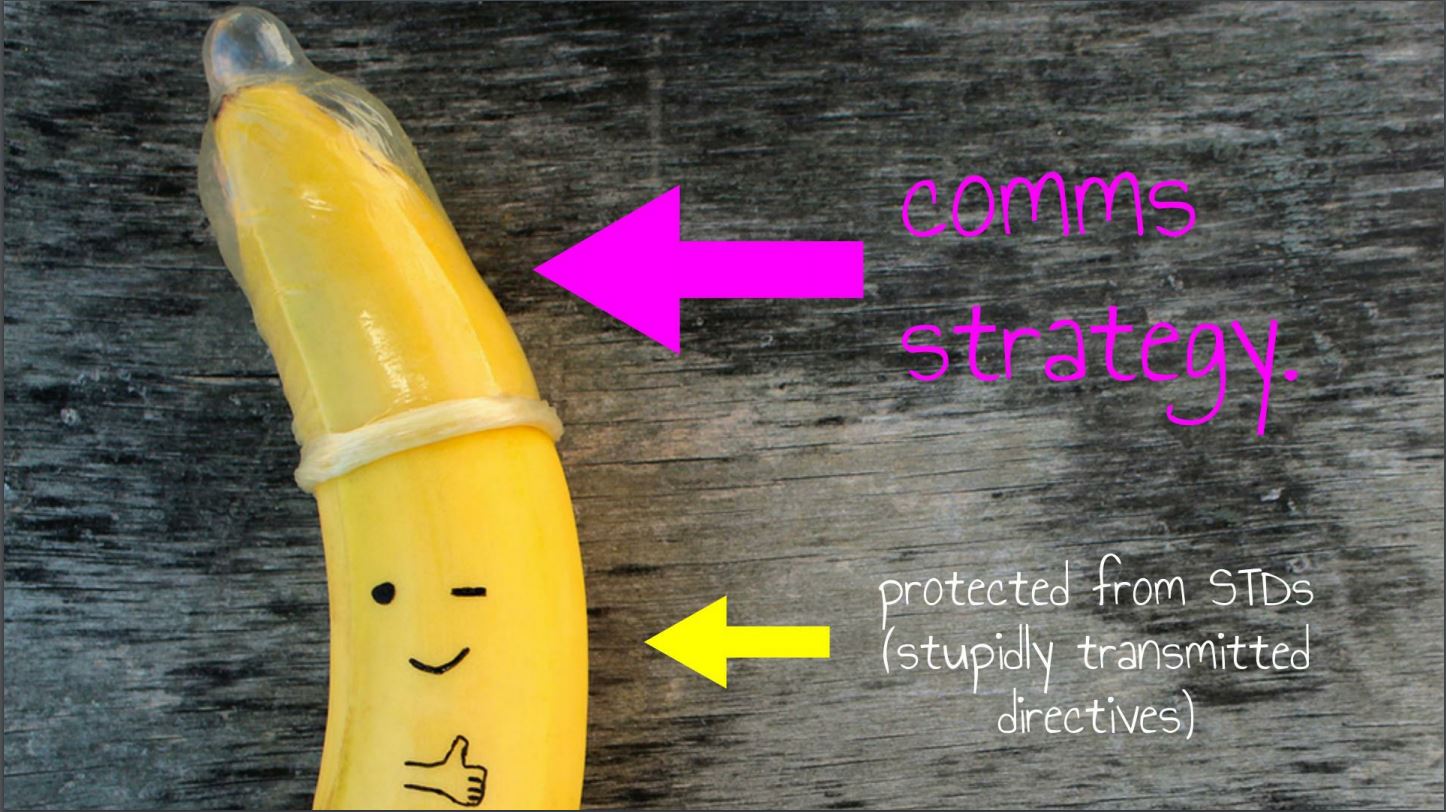 This is a blog version of Ashlee’s winning three minute aid pitch, delivered at the Australasian Aid Conference on Thursday 16 February. Watch a video of her presentation here, or the whole session here – we’ll be publishing some of the other pitches in coming weeks. 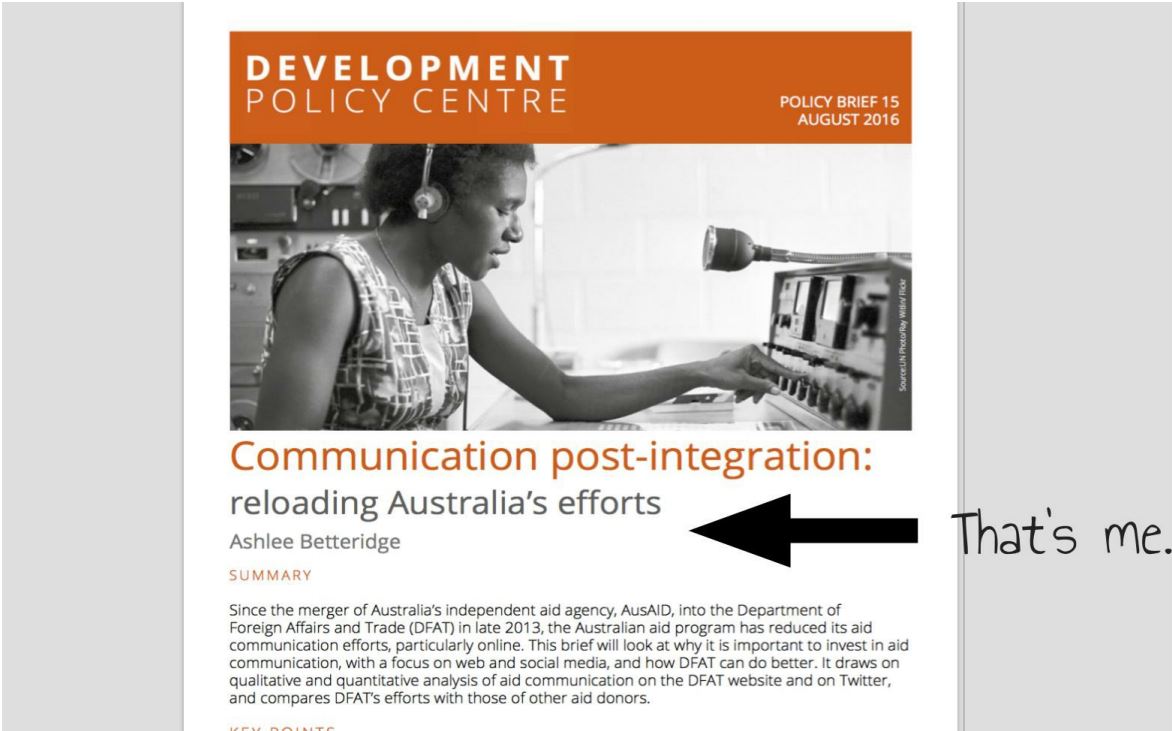 So my idea is that we need to communicate aid better. You might have seen the policy brief I wrote about aid communications last year. And there’s a big reason that orange policy brief is still very relevant. 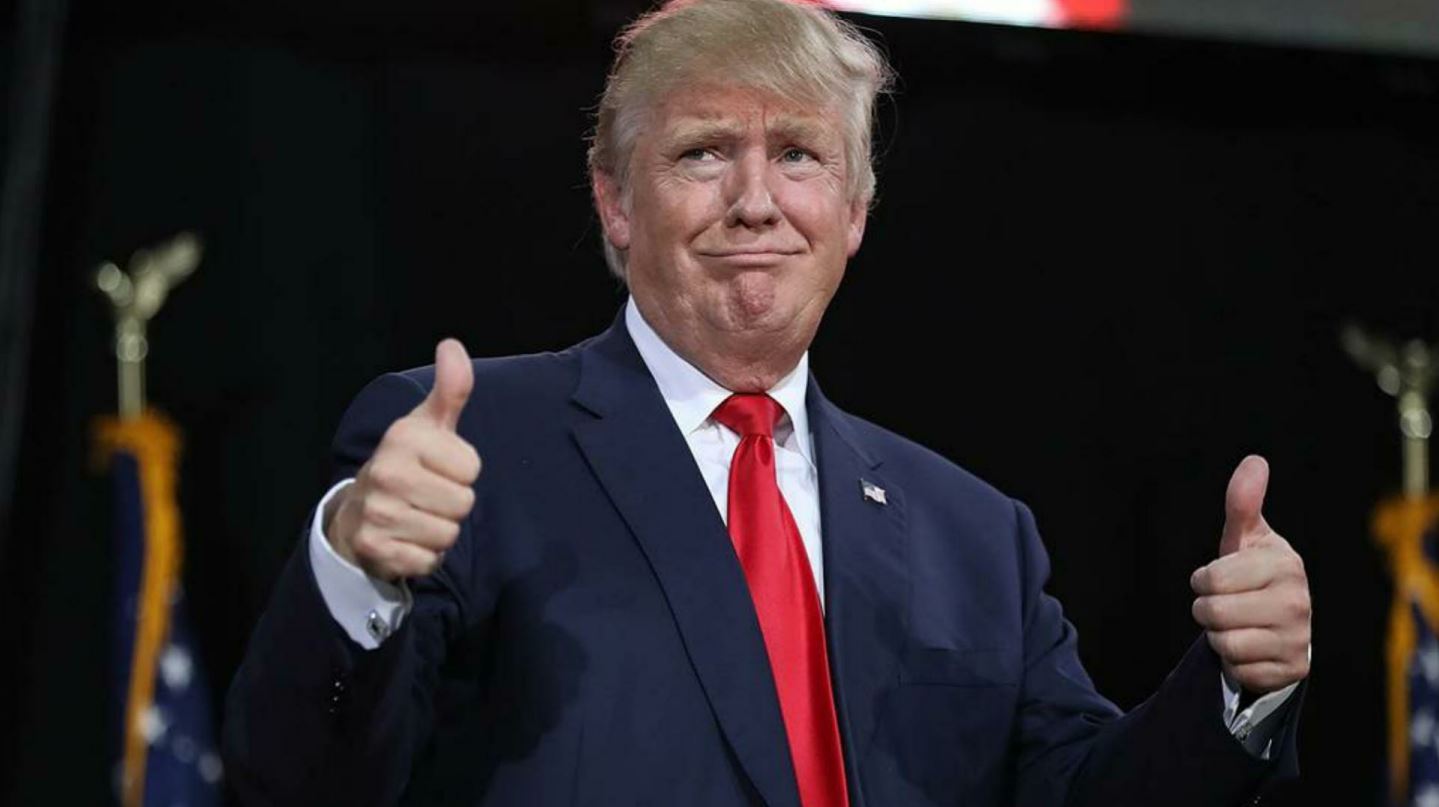 This orange hot mess (aka Donald Trump) and the ideologies he empowers could really make life hard for global aid. And unfortunately this presidential furby and his whack ideas are empowering some of our own loud and shouty minority voices in Australia.

As Foreign Minister Julie Bishop said in the conference opening address, support for Australian aid has to come from home, and people need to know what it does if they are going to support it. Political leaders also need to be empowered to stay strong on aid in the face of kooky opponents.

So communications is not just about engagement or accountability – it’s about protection.

I’ve got five things we should be doing on comms to stay safe in this age of Trump and friends. 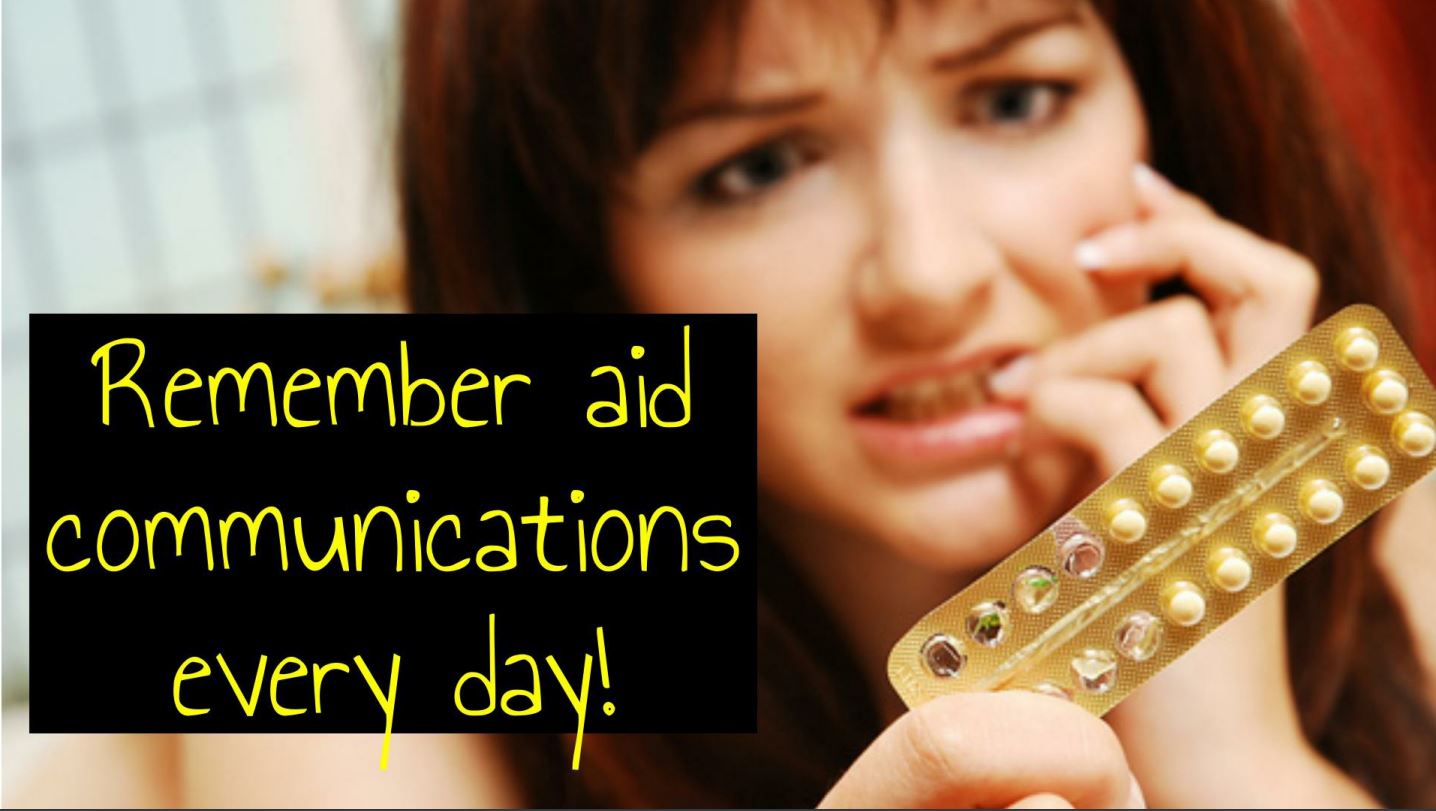 How we communicate and talk about aid is something that we should be thinking about every day, not just in the heat of the moment. Much of what the sector does remains a mystery to the average person – and we shouldn’t be letting dumb myths about aid persist unchallenged. Our communications failures are where “alternate facts” can creep in.

Watching the news in the post-truth era feels…

This post-truth era is terrifying, but facts still matter. We have some amazing facts and figures on our side about development progress, and the work still to be done – Hans Rosling, who sadly passed away this month, showed the real power of communicating facts well.

There should be some principles and aspects of our aid program that are non-negotiable. We shouldn’t have to spend our time defending basic concepts, or see them used for political bargaining. It is the job of communicators to repeat things over and over again with stories, examples and logical, convincing messaging. There’s often little point trying to change the minds of those that put forward bad ideas, but we need to provide the back-up for those ideas to be dismissed. 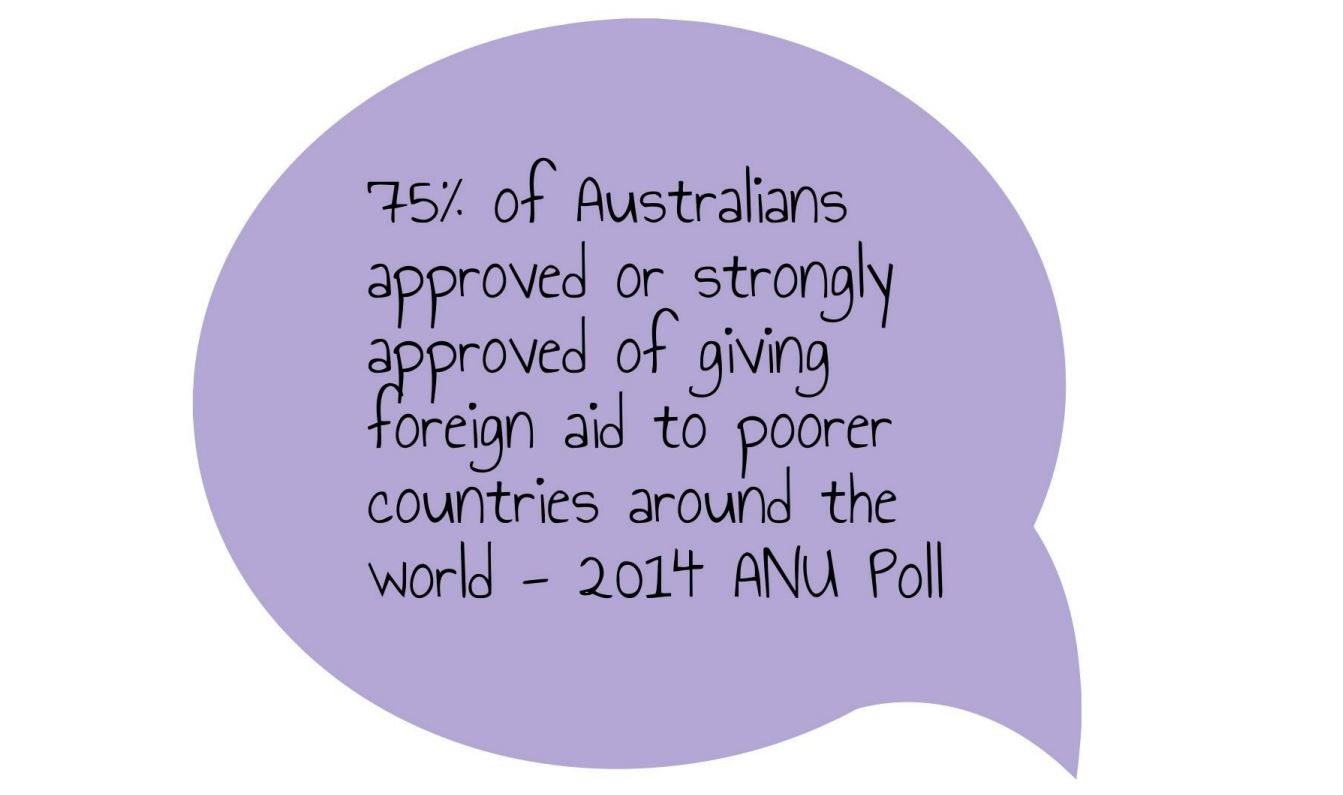 Sometimes it might feel hard to believe, but aid is actually pretty popular. Of course, domestic priorities always come on top, but we know from our public opinion work at the centre that Australians generally like the idea of giving aid.

We need to take a very, very small leaf out of Trump’s book and be more popularist and more confident in our aid messaging. I’m not saying we should make stuff up, but if he can somehow convince people he is against the 1 per cent while living in a golden marble apartment, we can do a better job of convincing people that aid is good.

And finally – Staying quiet is not an option

Sometimes people think it is better to completely shut up about aid in the hope that fruitloops don’t realise it exists.

This makes no sense. Aid has already proven itself to be an easy scapegoat.

If we shut up, we cede power over the message. So we need to communicate clear messages (like Justin Trudeau, below) if we want aid and the values it represents to stay safe in this weird new world. 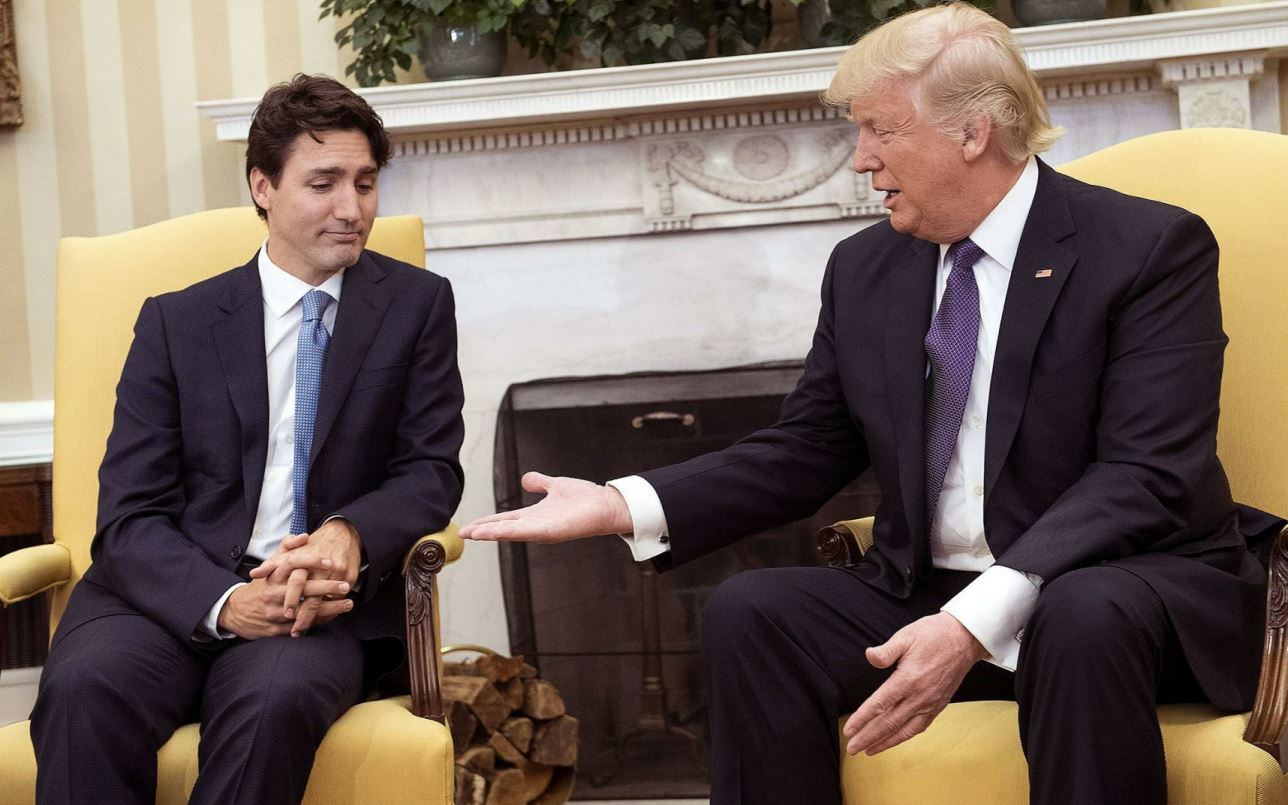 Ashlee Betteridge is a Research Officer at the Development Policy Centre, ANU.