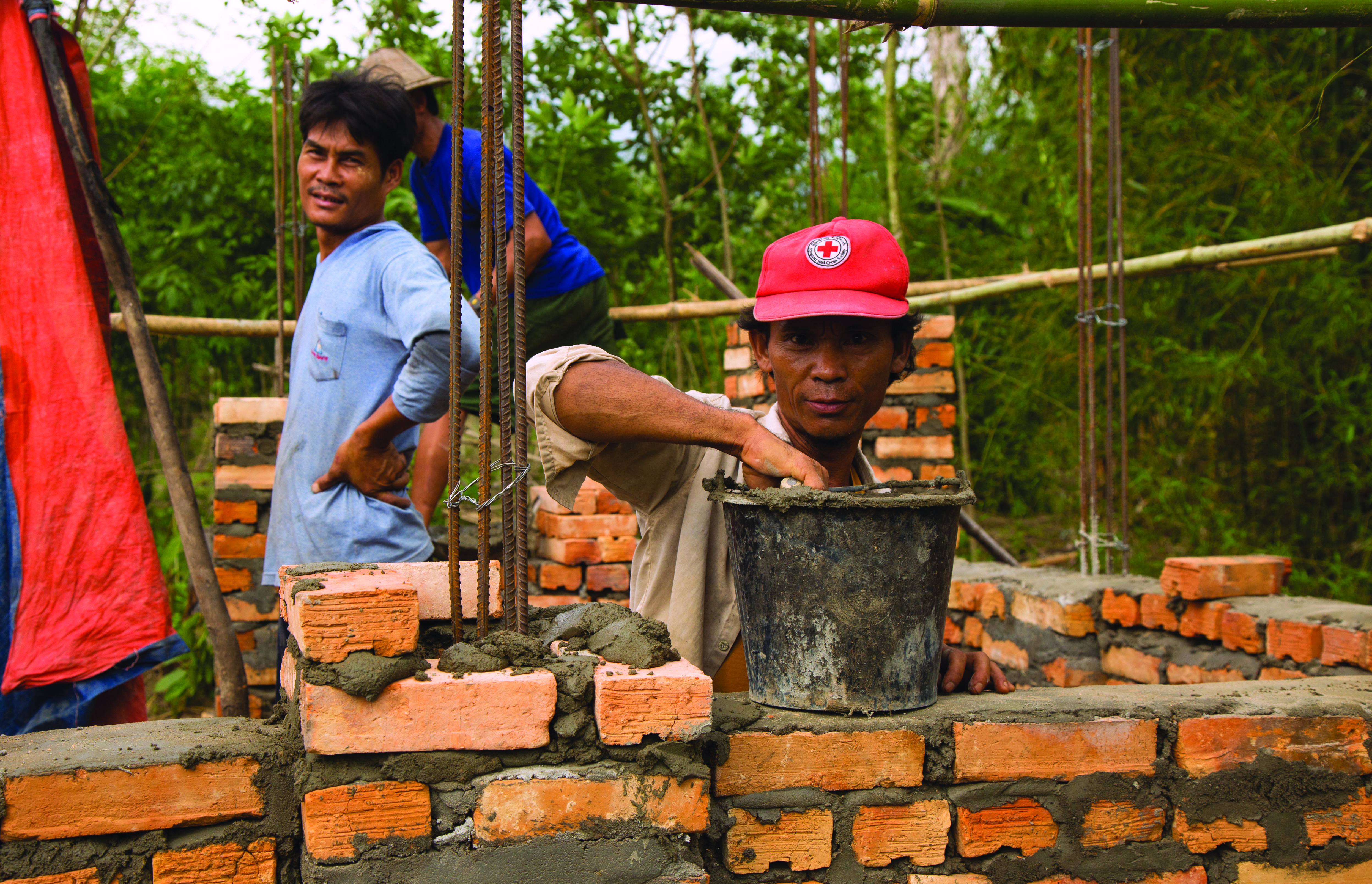 In the last two decades, community-driven development (CDD) has become a popular development project model for the World Bank, the Australian Department of Foreign Affairs and Trade, and other donors. A recent 3iE report, however, questioned the validity of CDD, concluding that while it did build infrastructure, it did not improve social cohesion or other outcomes.

These findings came as no surprise to many donors and practitioners, as CDD wasn’t intended to meet such lofty goals in the first place (although that’s not to say some implementers haven’t been tempted to try). The 3iE report, then, serves as a useful reminder of CDD’s core functions.

I have worked on CDD projects for many years. I currently work on the Union of Myanmar’s National Community Driven Development Project (NCDDP), which Cardno manages in 11 townships. In my time, I’ve been a CDD implementer, designer, donor, evaluator, and critic. I’ve also been tempted to look for impacts beyond CDD’s limited participatory development goals.

I’ll give you an example of an impact that might lead someone like me astray. In Kyaukkyi, Myanmar — a township partially controlled by the insurgent Karen National Union — a community participating in NCDDP chose to build a bridge to replace one which had fallen apart years before. The bridge led to more children attending a nearby primary school as they could now cross the river separating them from the school without paying a private boat owner for the trip. We had not (could not) have anticipated this positive impact.

CDD and other development projects have all sorts of impacts like this that we can’t predict. The problem is when we try to take credit for them by anticipating and systematising them. If we do this, our measurements will nearly always fall short of our goals. With this in mind, I’d like to return to a simple definition of CDD. CDD is a subset of participatory development by which communities are facilitated to select their own development priorities, and are then given the means to action those priorities by government, through direct fund transfers from a national-level ministry of finance to a village.

CDD initially delivers pro-poor infrastructure; it is government-implemented, and across a relatively long timeframe – usually a minimum of five years. ‘Government,’ here, is key. This is often confusing, but the World Bank (WB) has its particular definition of CDD, and many non-WB-funded projects that might claim they utilise CDD are really only doing something in a participatory manner, at least as far as the WB is concerned.

A ‘CDD project’ implemented by an NGO with a one-year timeline is NOT technically a CDD project. It is these variants that often make lofty claims about CDD impacts.

CDD at the grassroots is a community-managed design consisting of a democratic selection process and a direct disbursement method from centre to village. CDD’s horizontal delivery mechanism of staff and volunteers can rapidly deliver a number of small projects in a manner that government bodies are traditionally incapable of.

Because of its community management model, CDD tends to deliver infrastructure that is cheaper, of higher quality, and with less loss due to corruption. In 2018 alone, the World Bank supported 187 CDD projects in 77 countries, totaling US $19.1 billion.

What, then, can we reliably measure in such a project?

Not much beyond the core function. We can keep track of i) the number and quality of infrastructure projects; ii) maintenance and operations; iii) the means by which a given project was chosen, and facilitate the participation of women and marginalised persons in the selection process; iv) the number of volunteers on project committees and the adequacy of their training for the project; and a few other indicators, depending on context.

What we are measuring is indicative of what we expect: infrastructure and participation.

While we might anticipate, for example, durable skills transfers to volunteers, and increased employability of volunteers over time due to those skills transfers, we don’t attempt to measure this, because while it’s positive, it’s not the point. It would be disingenuous to try to take credit for individual agency, and that’s what such an impact would be based on.

There are some impacts of CDD beyond this that we might expect, particularly in conflict-affected and fragile contexts. For example, CDD is often the first interaction state actors have with communities within conflict-affected and insurgent areas, and communities mistrust it. But when a government asks a community what they want, and then delivers it, in most contexts that is unusual in itself, but in a conflict context, that’s revolutionary.

Community members have described CDD as the first thing they’ve ever gotten from a government that was beneficial. This can help lay the foundation for deeper and more tangible interactions.

But CDD doesn’t do this in itself: it is one puzzle piece of many, and by itself, would achieve little. Here’s what CDD can’t do:

Stop conflict: World Bank meta analyses of numerous CDD impact evaluations show no evidence that CDD in itself is a conflict management tool. My own experience bears this out. Quite the opposite, CDD can exacerbate conflict. It is a process open to elite capture. If managed in a context-blind manner, it can lead to violence.

Impact women’s empowerment much beyond the confines of the CDD project: within CDD, the women’s participation demanded as a condition of the project can lead to increased self-confidence, changing perceptions of women’s roles, and other soft impacts, but this does not necessarily translate into increased women’s leadership and roles in governance outside of CDD.

Such impacts can be found in other projects, including one I worked on over a decade ago – Afghanistan’s National Solidarity Program. This program positively impacted female school attendance (but not male attendance), and increased acceptance of women’s leadership at the village level. However, these impacts didn’t emerge until a decade after the project started, and years after I left. This is an anecdotal demonstration of the value of a long-term approach.

Be a new form of governance: one of the biggest assumptions made about CDD, and not just in conflict areas, is that it represents a new and equitable way of making decisions and running things. But CDD volunteer structures don’t tend to take on duties beyond the role of the project, nor do they out-live the project cycle. CDD might demonstrate a new way of doing things, but it is treated as an outlier by those same traditional elites and power networks.

In conclusion, then, CDD allows communities to decide upon the infrastructure they need, and delivers it cheaply and quickly, with less loss due to corruption. While it might occasionally have other impacts, all credit should go to the communities and individuals participating — not the implementers. After all, they have a better idea of what they are doing than we do. That’s the whole point of CDD.

This blog is based on a presentation at the 2019 Australasian Aid Conference. Watch the livestream replay.

Bobby Anderson
Bobby Anderson is a Research Fellow at Chiang Mai University’s School of Public Policy, and works for Cardno. He has worked on community-driven development projects for 14 years.