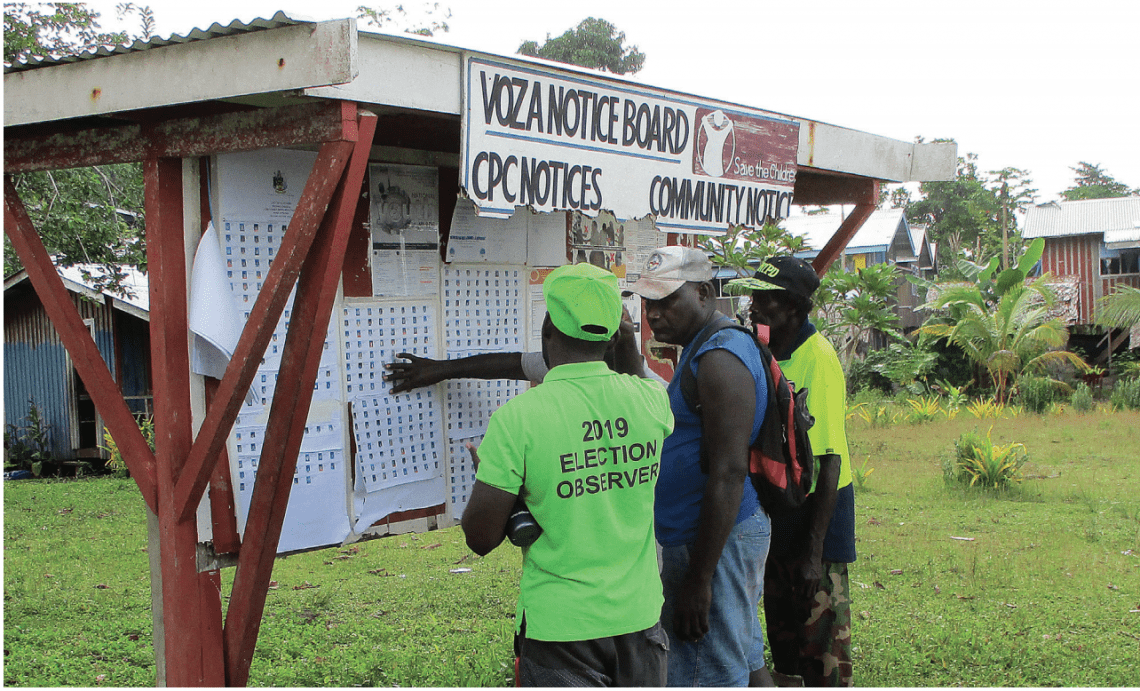 A 2019 Solomon Islands election observer in the community (Department of Pacific Affairs, ANU)

An important component of our research on observing the most recent election in the Solomon Islands was to explore how Constituency Development Funds (CDFs) impact voter behaviour. We were particularly interested in how political support is acquired and maintained by incumbent members of parliament (MPs). We discuss our findings in two parts: in Part 1, we present some of our findings on voters’ experiences with CDFs as well as their perceptions of how CDFs are spent. Part 2 will discuss implications of CDFs for electoral politics in the Solomon Islands.

CDFs are allocations of public development funds provided to MPs to be spent at their discretion in their constituency. According to the Solomon Islands Constituency Development Funds Act 2013 (s. 5) ‘funds may be allocated for development purposes to individuals, group income generating projects  or community projects’.

By international standards, CDFs in Solomon Islands are unique in terms of their relative scale and scope. In recent years, CDFs have made up between one-third and almost half of the national development budget, as well as lesser amounts from the recurrent budget. They are less regulated than similar schemes established in other developing countries. This means that incumbent MPs not only have significant budget allocations, but also considerable flexibility in determining how these funds are spent, including where they should be distributed within their constituency. While MPs are commonly perceived to use CDFs to gain voters’ support throughout the electoral cycle, much of the reporting that informs local media and wider public discussions is often anecdotal and prone to political bias. To date,  limited credible research exists on how citizens experience and perceive CDF spending in their constituency.

Our election observation exercise asked voters in the Solomon Islands whether they had received CDF benefits since the last election. Survey questions attempted to make a distinction between CDF spending that provided personal or household-level benefits distinct from those that assisted the wider community. Close to half of the respondents surveyed said that they themselves or their family had received direct CDF assistance from their MP (Figure 1). Examples of household assistance included items such as solar panels, roofing iron and school fees. A slightly larger number of respondents said that their community had received benefits, such as building supplies and materials for improving local service delivery. Citizens who said their community had received CDF benefits commonly spoke of support received for ‘aid posts [health clinics]’, ‘schools’, ‘water supply’ and ‘church buildings’.

Figure 1: Voters who received CDF support or projects in the past five years (%) 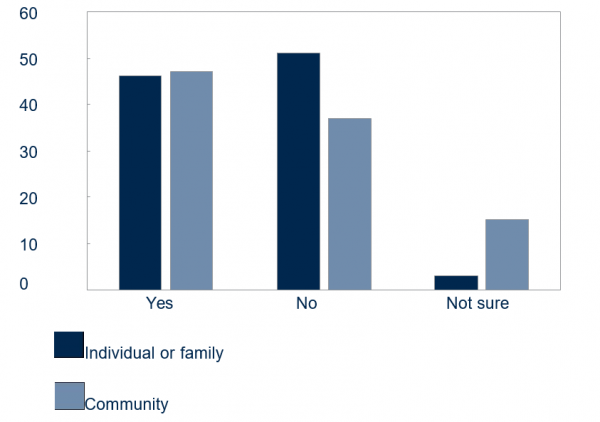 Some respondents even mentioned multiple CDF benefits for their community, such as a ‘water tank, iron roofing to assist our school and assist[ance] to build the community rest house’. Others provided details on CDF benefits received to their dollar value, such as one respondent who said ‘SB$100,000 [about AU$18,500] for road maintenance’. These responses suggest that many voters across the constituencies we sampled were aware of CDFs contributing to local service delivery initiatives and community development projects as well as to individual households.

Respondents who said they had not received direct CDF benefits were asked why this might be the case. The most frequent explanation given was that the MP only helped their political supporters. These responses revealed that some citizens had internalised such practices to the point of accepting them as legitimate. For example, one respondent told us that they did not vote for the winning candidate and ‘as a result we are not eligible to receive a share from the CDF fund’. In a similar vein, another respondent said ‘I am new to vote, therefore I am not eligible to receive projects or support from [the] MP’.

Another reason commonly cited for not receiving CDF benefits was perceived bias and ‘politicking’ among leaders, development committees and administrators at the local level, rather than decisions taken by the MP. A typical response given was that the ‘village agent change[d] his initial list of beneficiaries to a new list of his like[ing]’. Another said the ‘MP gave us support but the village leaders divert[ed] it by giving it to their very close relatives’. Several respondents used the term ‘middleman’, to describe prominent community members who are able to control the distribution of CDFs at the village or local level. For instance, one respondent said the ‘MP’s middlemen tampered with the list of recipients of project materials’.

Citizen surveys also asked voters for their perceptions on the fairness of CDF expenditure across their constituency. Unsurprisingly, given the qualitative results cited above, a large majority of voters surveyed (almost 73 per cent) thought that CDFs were not fairly distributed. Notwithstanding the range of concerns reported from our survey research, most citizens still appear to support CDFs as a form of public spending. Figure 2 shows that 36 per cent of respondents believed the current level of CDFs is the right amount, while 30 per cent believed it is not enough, with only 17 per cent saying that funds should decrease. This means that two-thirds of citizens surveyed believe CDF allocations to MPs should remain as they are or be increased even further.

Figure 2: Voter attitudes on the size of the CDF budget for MPs 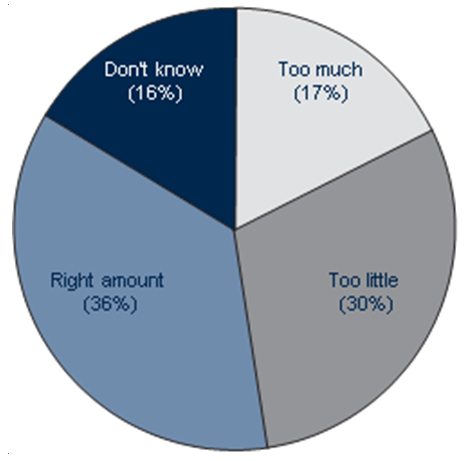 Overall, survey findings suggest that citizens are both frustrated about, and/or resigned to, a level of political bias in the way CDFs are distributed. At the same time, citizens by-and-large support a form of public spending that directly benefit them and their communities. Part 2 of this post will analyse some of the political implications of CDFs for incumbency trends in Solomon Islands.

The ANU Department of Pacific Affairs (DPA) ran a large-scale election observation exercise in Solomon Islands prior to, during and following national elections held on 3 April 2019. Observations were conducted in 15 of Solomon Islands’ 50 constituencies by 90 observers, 77 of whom were Solomon Islanders. The research comprised of direct election observations and approximately 5000 citizen surveys. This blog was first published as DPA In Brief 2020/18 and is the first in a series highlighting key findings that draw on data canvassed in the 2019 Solomon Islands National General Elections Observation Report. You can find the second blog here.