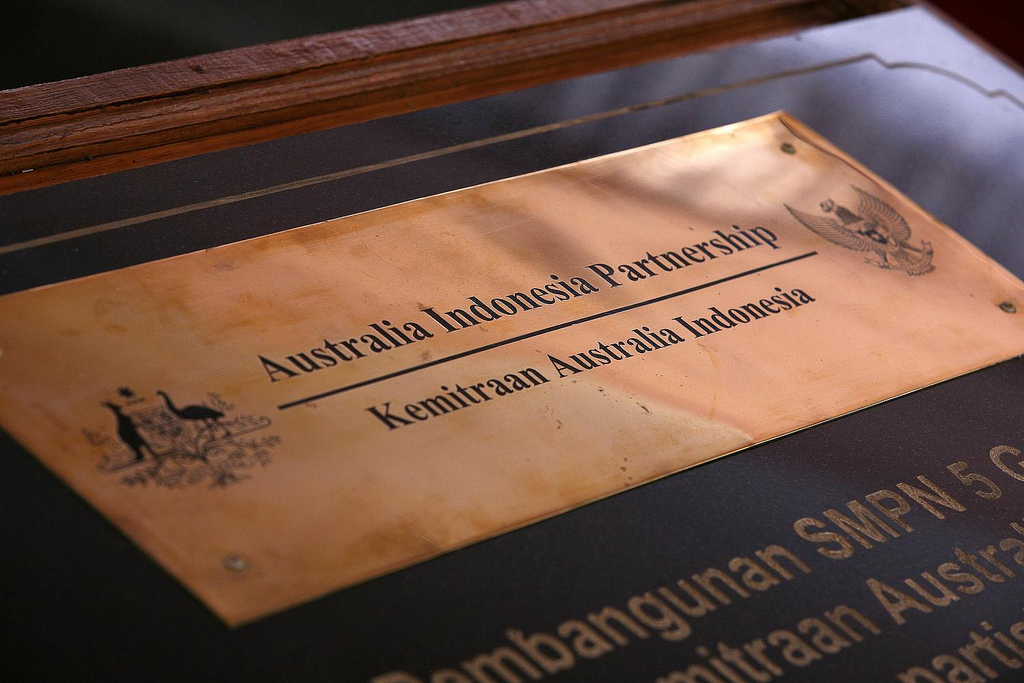 As a part of the Independent Review of Aid Effectiveness the Panel commissioned several background studies to inform its work. I was asked to provide a report on the effectiveness of Australia’s aid program to Indonesia (available here[pdf]).

The current scaling up of the aid program to Indonesia has, for the most part, been achieved successfully. The Government of Indonesia’s view is very positive at all levels, with Australia being repeatedly described as the “donor of choice”.  Generally the program has been well led in both Jakarta and Canberra.

On the sectoral front, AusAID’s work in infrastructure, education and poverty reduction and social protection has been greatly valued and led to some significant policy and practical results. Work in economic governance and disaster relief has also been good, though they represent smaller parts of the program. Results are much patchier in health, democratic governance and climate change. The Indonesia program demonstrates a commendable commitment to monitoring and evaluation and also value for money.

There is certainly room for improvement, particularly in the context of a major scaling up of the aid program to Indonesia. Most of the key challenges in fact lie on the corporate side. Seven issues are worthy of comment here.

First, the Indonesia program and AusAID more broadly is poor at saying no to new initiatives.  Some good progress has been made in reducing the number of initiatives, activities and agreements over the past 12 months, but there appear to be few, if any, incentives in AusAID for program consolidation.  AusAID senior management in Canberra needs to address this issue otherwise further scaling up of the program will become ever-more resource-intensive and inefficient.

Second, while there are clear examples of other Australian government departments contributing considerably to Indonesian development outcomes, the Australian whole of government aid effort presents a very mixed scorecard overall.  In FY2009/10 there were 103 individual activities and projects implemented by government departments and agencies outside the AusAID budget to a total expenditure of $39.5m, and 38 whole of government activities funded by AusAID to a total expenditure of $14.6m.  Commitment to effectiveness is very mixed and there is no coordination of the disparate efforts.  Officials in BAPPENAS complained of Australia’s lack of internal government coordination and multiple approaches and activities, which distracts and hampers Indonesian officials.

Third, the performance of multilateral agencies in Indonesia is variable although they receive increasing amounts of funding from Australia. UN agencies are performing most poorly. Performance by the World Bank and Asian Development Bank is patchy and, surprisingly, with a couple of notable exceptions, AusAID staff tend to be remarkably tolerant of sub-standard performance.

Fourth, the timeliness, efficiency and costs of AusAID program (and project) design processes leave a great deal to be desired. It is very hard to pin down exactly one cause of the problem; they seem to be numerous and the situation is chronic.  Many design efforts take an inordinate amount of time, cost a great deal of money and often result in designs of a poor quality that have to be “redesigned” or “retro-fitted”.  The current health sector design had already taken over four years at a cost of close to $2m and was still incomplete in February.  A 10-page concept paper in the rural development sector has currently over 60 pages of contradictory comments, provided over a six-month period.  Not surprisingly the design process has stalled.  Design work for a long-term elections program started in 2007 and while some interim, stop-gap activities have continued, the full program had still not commenced in February.  There are many other examples.  As is the case with many AusAID programs the peer review and wider consultation process tends to see too many additional things added to a solid core design that distracts from overall focus and impact.

Fifth, over the past four years the Canberra budget process has effectively driven the evolution of the program, not the Country Strategy.  Earlier this year AusAID was managing 17 different budget measures within the Indonesia program, many of which had been developed independently of the country team and were not aligned with the Country Strategy.  This is inefficient, hinders development effectiveness and establishes perverse incentives.  Essentially AusAID is being held accountable for delivering on effectiveness while Commonwealth budget strictures undermine the agency’s ability to meet that accountability.  This seems innately illogical and contrary to sound public financial management.  The Aid Review’s recommendations in this regard, and their acceptance by government, should go a long way to addressing the problem if implemented fully.

Sixth, the year-end spending imperative is leading to inefficient and ineffective use of funds in the final couple of months of the financial year. There is a fundamental disconnect between the increasing use of Indonesian Government systems and the annual imperative for AusAID programs to spend all of their budget allocation by 30th June each year.  The Indonesian Government follows the calendar year as its financial year, AusAID the Australian financial year.  Funds going through Indonesian systems constitute less than 1% of Indonesian government expenditure.  To expect the Indonesian Government to go through extra hoops to meet Australian spending requirements is illogical and contrary to aid effectiveness.  The result is that there are apparent under-spends in some programs and in others expenditure is cranked up in the final months of the year for questionable development gains or funds are simply parked in trust funds or transferred to multilateral agencies.  The Department of Finance has offered a carry-over facility to AusAID. It is not clear why AusAID has refused this, as it makes eminent sense.

Seventh, there is far too much paperwork, reports and processes in AusAID. On a very subjective assessment of the Indonesia program, something between 50-70% of reports, documents, processes and briefs do not lead to any decisions or actions.  Reporting and compliance are taking the place of proper risk management and the use of relevant management information.  This is strangling the agency at all levels.  Anecdotal evidence suggests that the increased time spent on reporting, briefing and compliance with increasing numbers of processes is one of the factors contributing to the poor disbursement rate of the Indonesia program.  Staff are simply not spending their time on the activities that really matter to the effective implementation and delivery of the aid program.  This implies that, when fixed, there is significant “spare” capacity in the agency that can be applied elsewhere.  AusAID needs to undertake a fundamental review of its reporting and business processes to create much greater simplicity and efficiency.  Until this is done it would be premature to determine future staffing levels since greater efficiency and simplification would free up capacity of existing staff.

In summary, while the Indonesia program has an impressive track-record, scale up and greater effectiveness cannot happen without addressing the corporate issues outlined above.  Going forward, this has to be the top priority.

Charles Tapp
Charles Tapp is currently a Senior Adviser for the Global Partnership for Education (formerly the Education for All Fast Track Initiative). Prior to this he has worked at CEO and senior levels in private sector, bilateral, and non-government aid agencies.