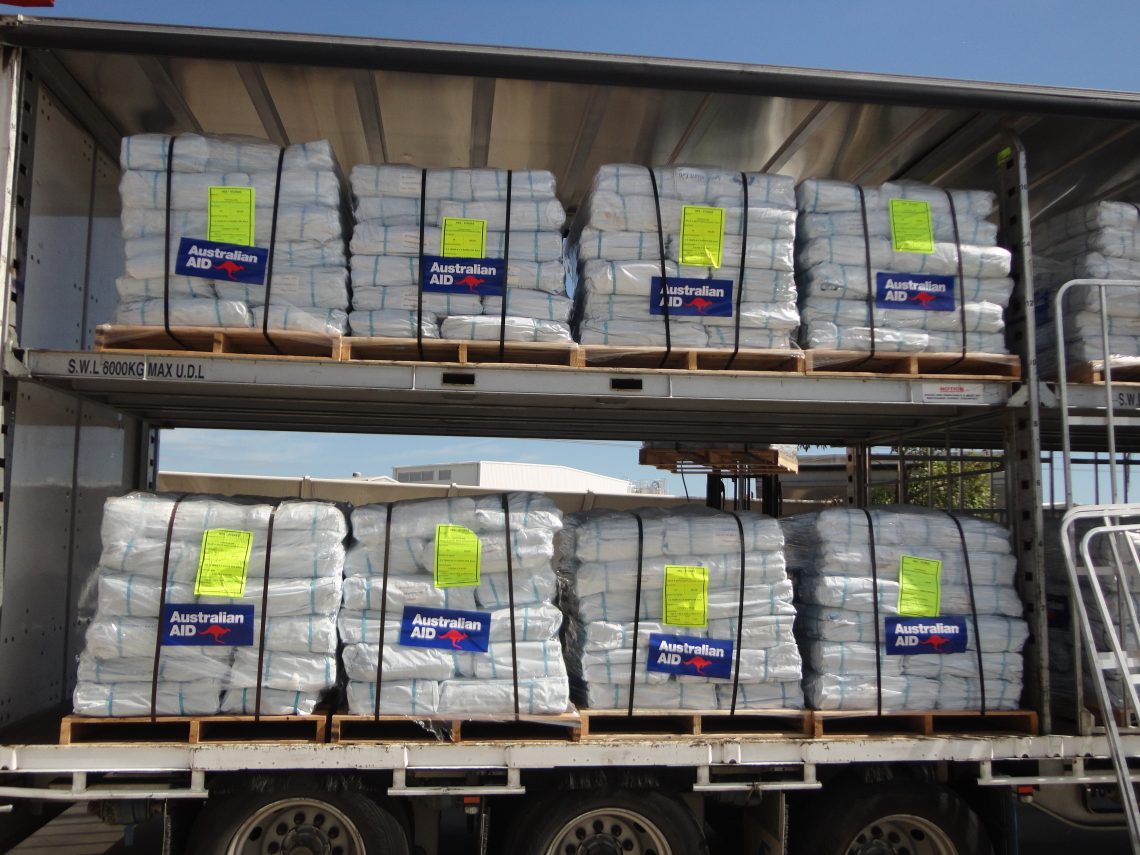 COVID-19, and Australian and New Zealand aid to the Pacific

It’s still too early to tell the exact form the crisis will take. With luck, the worst of the medical emergency will be dodged, in which case the problems will be economic. Without luck, there will be a medical emergency followed by a long economic struggle. Even without knowing exactly what is to come, key points can be made.

The need for our aid is about to rise a lot. At home, fiscal pressure will also grow as Australia and New Zealand engage in deficit spending to keep our economies afloat. But rising debt doesn’t provide grounds for aid cuts. Australia and New Zealand have some of the wealthy world’s lowest levels of government debt. As I’ve shown before, when existing debt is taken into account, we’re two of the world’s least generous aid donors (New Zealand, to be fair, has become a little more generous since my analysis). More than most, we can afford to help.

Our aid budgets are also too small to have a material impact on our overall level of indebtedness. How small? The annual Australian aid budget is less than 2 per cent of the size of the stimulus package the federal government has promised. The annual New Zealand aid budget is about one twentieth the size of New Zealand’s stimulus spend. (Calculations here.) The debt the stimulus packages will bring will be too large to be addressed through aid cuts. Or, to put it another way, if we can afford to spend massively to save our economies, we can afford a fraction of this amount to help countries where need will be greater still.

Because we’re the region’s largest donors, avoiding aid cuts is particularly important to Pacific countries. But, right now, cuts elsewhere would be almost as bad. There will be problems throughout the developing world; we cannot turn away from the global response. We will win no friends if we abandon neighbours like Indonesia in this time of crisis either.

If COVID-19 takes off in the Pacific, the immediate aid response will be medical. Even if the disease doesn’t spread in the region, we will still need to assist ailing governments. As Stephen Howes has emphasised, this should involve budget support. After that – in the medium term – donors need to think very carefully about the focus of their aid in the Pacific.

COVID-19 has highlighted the desperate state of health services in some Pacific countries. As Howes has shown, Australian aid spending on health has fallen since 2013. Health in the Pacific has become less of a priority for New Zealand. In 2008, health spending was 12 per cent of New Zealand’s sector-allocable aid spend in the region. By 2018, this had fallen to 6 per cent (data here). Other donors’ interest in health has also dwindled. All the while, the Pacific’s population has grown. This chart shows the consequence. When inflation is accounted for, health aid per capita to the Pacific from all official donors has trended down.

Health aid per capita to Pacific 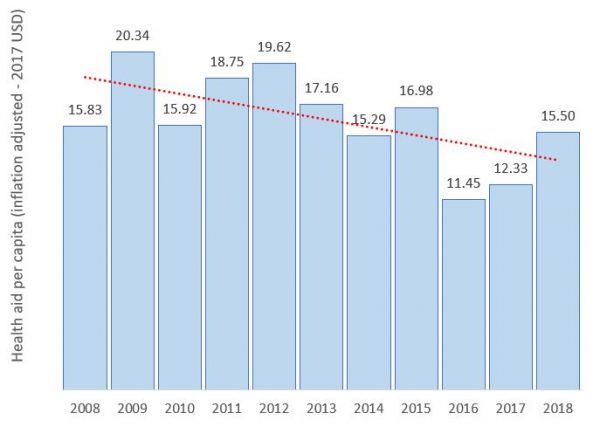 Falling aid for health didn’t cause the pandemic, but COVID-19 is an important reminder: the Pacific’s health needs are real. If we turn away from them, we turn away from an integral aspect of human well-being.

Contrary to conventional wisdom, donors have little ability to impose sweeping “neo-colonial” policy changes on aid recipients. Aid is too small to bring that power. The Pacific is somewhat different. Aid matters more to many countries. But even in the Pacific – as I learnt studying Solomon Islands politics – domestic political elites usually have more influence than donors do. Aid can bring change, but mostly around the margins. Donors’ powers are limited.

Limited, except during a crisis. When a country is in a credit-crunch, donors really do get to call the shots. Aid donors in the Pacific may soon find themselves able to impose big changes. They shouldn’t.

Let the crisis go to waste. Many of the issues in the region that have excited donors in the past, like property rights, are more complicated than is often appreciated. Even overstaffed bureaucracies, a real problem in normal times, become complicated in crises. The same salaries that cost the public purse, also keep extended families out of poverty. Similarly, an overvalued Kina in Papua New Guinea is terrible economic policy. But rapid devaluation now will send the price of rice and fuel skyrocketing. Not good in a crisis. Some change may be simply unavoidable. But that’s what donors should stick too: the unavoidable.

I think Australian and New Zealand aid program staff appreciate this. If that’s true, their role will be to educate other donors and at times their political masters.

My final recommendation stems from a topic I study: NGOs. Donations to development NGOs fall in hard times. We are in very hard times. In Australia and New Zealand, development NGOs will be struggling, yet they are important. Both in the Pacific and elsewhere, they do work the government and contractors cannot. Over the most recent 10 years with data, NGOs delivered over a quarter of the New Zealand and Australian governments’ humanitarian aid to the Pacific (data here). It appears NGOs may receive some help through general stimulus packages. Our aid programs also have a specific role to play: in both countries they run NGO funding schemes through which NGOs and the government agree to jointly fund work. As donations fall, the ability of NGOs’ to meet their agreed contributions will fall. Reflecting circumstances, our aid programs should let this occur without commensurate cuts in their own contributions, or punishing NGOs for not meeting obligations. As I’ve been drafting this post, the Australian and New Zealand aid programs have made excellent initial moves on this. Hopefully, assistance will continue. NGO donations may be down for a long time. Our NGOs have an important role to play. They need help to do this.

This isn’t an exhaustive list. But this is a start. But if we don’t get these basics right, we will fall short in our duty to help.