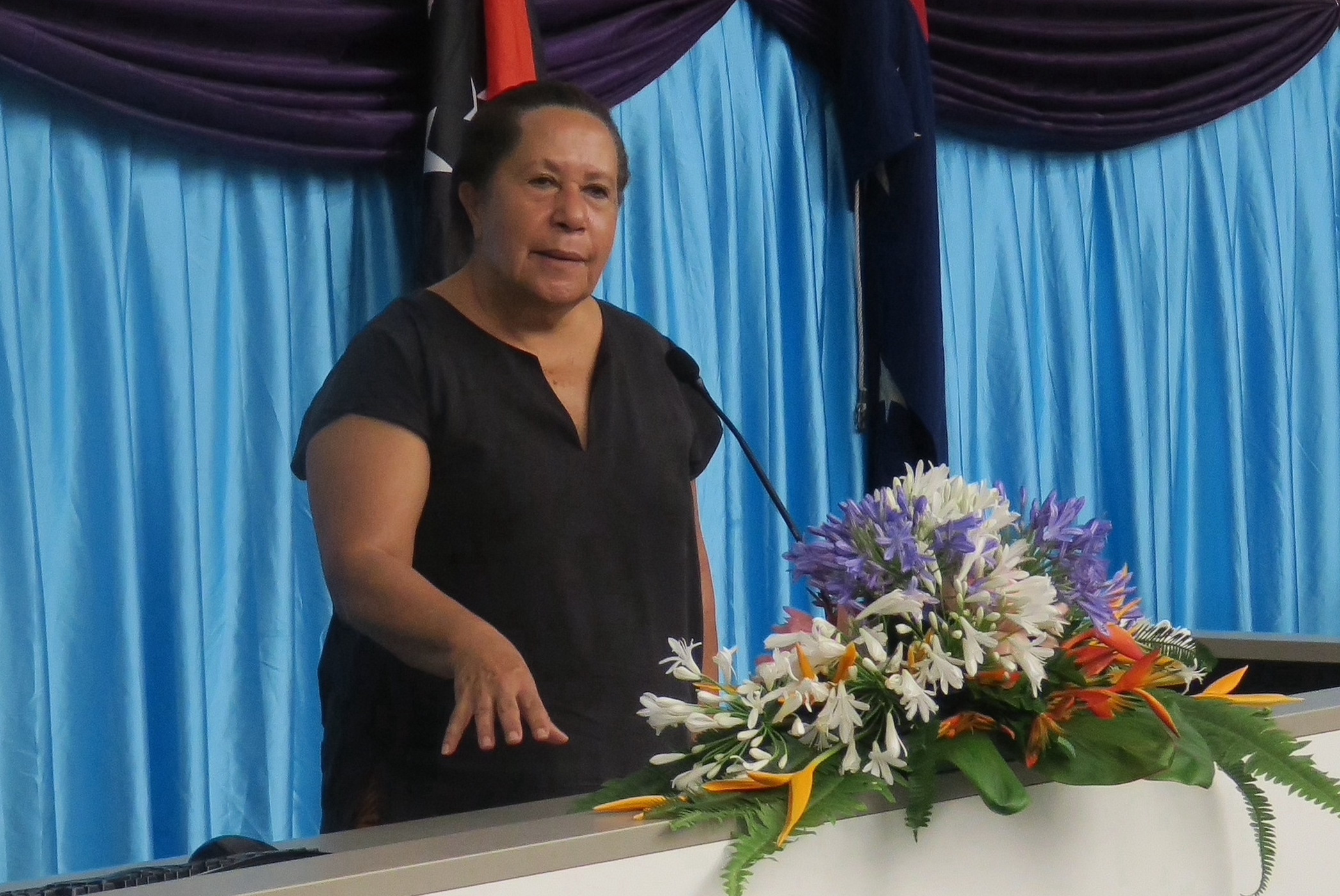 At the centre of the recent crisis in Pacific regionalism has been a high stakes tussle over the appointment of the next Pacific Islands Forum Secretary General. As is the case with the United Nations Secretary-General, the role of the Forum Secretary General has expanded significantly beyond the narrow managerial role prescribed in the founding agreement – that of chief public servant in charge of the secretariat, and secretary to the Leaders’ meeting – to a more proactive, representational, and diplomatic, role in advocating for Pacific island country interests in a rapidly changing global context.

Dame Meg Taylor has taken this broader interpretation of the role to a new and impressive level. Her very significant contribution over the past six years is however in danger of being overshadowed by the controversy over the appointment of her successor. The decision of the Micronesian states to give notice of their intention to leave the Forum should not be seen, however, as affecting Dame Meg’s important legacy. The selection of the Secretary General and the criteria on which it is based is a matter for the Pacific leaders, not the Secretary General.

Dame Meg came to the position in late 2014 with an impressive record of international and national public service as the Papua New Guinea Ambassador to Washington and as a Vice President at the World Bank Group, among other achievements. After two three-year terms, she finishes in the role this month.

She took up the role at a particularly challenging time for the organisation, and for the region. The Forum’s political legitimacy was in question. The guiding strategy of the Pacific Islands Forum, the Pacific Plan, had failed to capture the imagination of Pacific leaders and the broader Pacific society. It had not resulted in any tangible benefits. There was also the perception on the part of Pacific leaders that Pacific regionalism was no longer controlled by them. The regional agenda was seen increasingly as a technocratic program set by public servants in the regional agencies, and in Canberra and Wellington. Furthermore, civil society groups felt excluded from the regionalism project. The hopes of political leaders and civil society for a different future were contained in the Morauta review report on the Pacific Plan released just before Dame Meg took up the post.

A second enormous challenge to the Forum’s existence was posed by Fiji’s 2014 threat not to return to the Forum unless Australia and New Zealand were asked to leave. In the meantime, Fiji sponsored and revitalised three regional organisations in direct competition with the Forum: the Pacific Small Islands Developing States grouping, the Pacific Islands Development Forum, and the Melanesian Spearhead Group. This development of an alternative regional architecture was a threat to the Forum’s continued existence and placed the future of all Pacific regionalism in a state of flux.

In supporting the Pacific leaders to navigate their way through these existential challenges, Dame Meg has been guided by two key principles, which she distilled from the Morauta Report. The first principle was that Pacific leaders should have full ownership of their regional agenda and structures. The second principle was that of inclusion, the idea that regionalism needed to have wider ownership amongst the peoples of the Pacific and their civil society organisations.

Her passionate public defence of the right of Pacific islanders to control the regional agenda affecting their lives is a major mark of her tenure. This principle informed many of the initiatives she championed as Secretary General: the reform of the Forum’s financial arrangements to ensure majority financial contribution by Forum island countries; the reconfiguration of Forum processes to ensure that it would deliver a prioritised regional agenda for consideration by the leaders via a new Framework for Pacific Regionalism; the advocacy for, and achievement of, a Pacific Resilience Facility managed by Pacific island states; and the implementation of the Pacific Humanitarian Pathway on COVID-19.

This commitment culminated in her passionate advocacy and development of the Blue Pacific Narrative, introduced by Samoa as Forum Chair in 2017. At the heart of this narrative has been a desire to ensure that the countries of the Pacific effectively retain their sovereignty and their ability to determine their future. It is a narrative that has captured imaginations around the region and globally. This is a major legacy because of the way in which Dame Meg has represented this so effectively to Pacific and wider audiences as well as reconfiguring the Secretariat to support the leaders in developing the 2050 Strategy for the Blue Pacific Continent.

Also in line with her commitment to the principle of regional self-determination, Dame Meg provided leadership in repositioning the Forum Secretariat as an organisation in support of the collective diplomacy of the Pacific states. This move away from a preoccupation with regional economic and security integration, to a role to help the leaders in their joint diplomatic efforts to face the geopolitical and economic changes posed by a rapidly changing global context, is a very important legacy of her tenure.

In relation to the second Morauta principle, that of inclusion, Dame Meg has been a passionate advocate of civil society participation in Forum processes including in agenda-setting, consultations during the Forum summit, and consultations in relation to key policy initiatives such as in the lead up to the making of the Pacific Resilience Facility and the Boe Security Declaration. As outlined in the FPR, she also oversaw a public policy process in which the people of the Pacific, the general public, civil society, private sector, academia and others, were invited to put forward submissions on regional issues they felt were of concern. In her public diplomacy Dame Meg frequently emphasised the importance of keeping the ‘Pacific peoples’ front of mind in regional policy deliberations.

These principles were also evident in the way Dame Meg repositioned the Forum Secretariat to support a number of formidable political/policy challenges during her tenure including: the growing discord between Australia and New Zealand, on the one hand, and the Pacific island states on the other, over Pacific climate policy; the geopolitical anxieties of Western states in relation to China’s involvement and the associated debate over the redefinition of regional security; and the health challenge of COVID-19 and its impact on Pacific economies.

For example, in relation to regional security, Dame Meg oversaw very extensive regional consultations and put forward a formula for a regional security treaty for a new era based on principles of human security with climate change as the number one priority. This achievement, which she shares with the leaders, is expressed in the Boe Declaration.

This recalibration of the regional architecture in line with these principles of self-determination and inclusion, and their application in relation to navigating key policy challenges, have gone a good way in resolving the existential challenges to the Forum which were confronting the organisation at the beginning of her tenure. It has not only resulted in a restored legitimacy of the Forum in the eyes of leaders and civil society; it also saw the end of the existential threat from the Fiji-backed regionalism. By the end of her tenure, Fiji had returned to the Forum family, perhaps because the Forum was now seen as representing the values that Fiji had been promoting as the basis for an alternative regionalism, that of self-determination and inclusion.

Finally, and not least, it has mattered for the expanding role of the Secretary General position that Dame Meg is the first woman in this role. This is undoubtedly an important legacy for Pacific women and for the principle of gender equity in regional leadership positions.