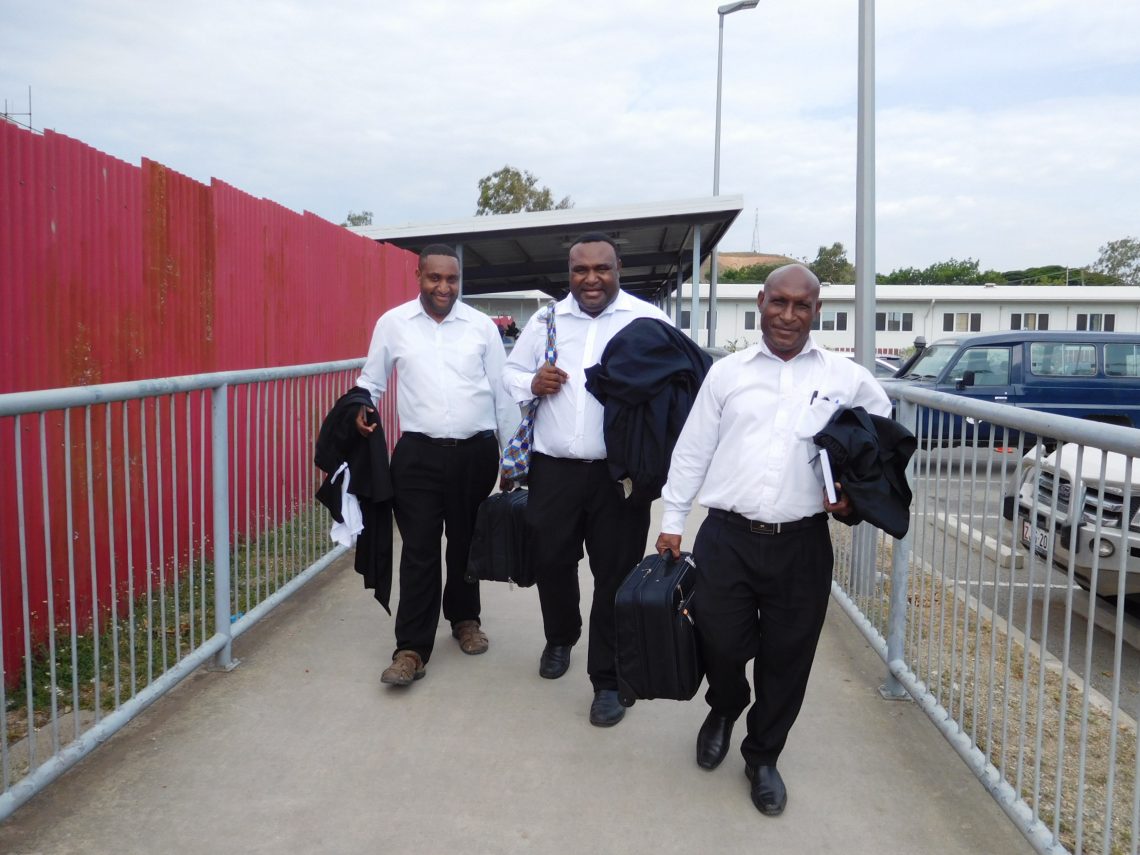 The Supreme Court of Papua New Guinea (PNG) has this week declined to answer questions asked of it regarding the SIM card registration regulation of 2016. The direct impact of this court hearing is that unregistered SIM cards currently in use in mobile phones around the country will likely be deactivated in coming days. A recent news article suggested that 40% of SIM cards in use are unregistered. Unless the regulator, the National Information and Communications Technology Authority (NICTA), grants the users of these unregistered SIM cards additional time, these people will find themselves no longer able to make phone calls, send text messages and so on.

A full bench of the Supreme Court heard the case this week, on Wednesday 18 December 2019, from 1.30pm until 3pm. The five judges sitting were justices Salika, Kandakasi, Cannings, David and Hartshorn. They did not reach a decision as such. Instead, they declined to give an opinion regarding questions asked of the court by the Ombudsman Commission.

The court proceeding was Supreme Court Reference 1/2019, which was instigated by the Ombudsman Commission early in 2019 as a special reference pursuant to section 19 of the constitution. In essence, what this means is that the Ombudsman Commission questioned the constitutionality of mandatory SIM card registration. The significance of this case is that deactivation of SIM cards was on hold for most of 2019 whilst this matter was awaiting resolution.

The SIM card regulation stemmed from the NICTA Act, as the enabling or parent act. The Commission tried to argue that the regulation restricts certain freedoms enshrined in the constitution and therefore such a regulation should have to go through parliament. The Commission’s first question of the court did not specify any act or regulation, but instead asked the court to consider whether or not a regulation which impacts upon freedoms should be passed by a majority in parliament even though it is linked to an act which has been through the same process. Two further questions were submitted by the Commission to the court, but these were not discussed in detail because judges interrupted the Commission’s presentation to ask about the express rights being infringed.

Lawyer Charles Kaki from Kawat Lawyers was representing NICTA. He said that the first question was too general and stated that the second and third questions stemmed from the first question. He said that the submission was incompetent and suggested that perhaps the court could direct the Ombudsman Commission to re-frame the questions. Lawyer Tauvasa Tanuvasa Chou-Lee, the Solicitor General of Papua New Guinea, suggested that the court should decline to answer the questions raised by the Ombudsman Commission.

The judges conferred amongst themselves and then announced that they had decided to decline to give an opinion on the three questions put to them. They said that the questions have no immediate relevance to circumstances in PNG.

The outcome of this court hearing could have a very real impact on the many people who live in rural and remote communities across PNG, where mobile phones provide the only available form of communication. There is now no legal impediment to NICTA imposing the regulation, which means that telecommunication companies will face large fines if there are unregistered SIM cards in use. Deactivation of SIM cards in the days before Christmas seems likely. I hope that NICTA will choose to grant additional time for SIM card registration. Ideally, financial resources could be mobilised so that additional efforts can be made to promote registration and explain the reasons for registration. To effectively reach the remaining users, registration teams would need to travel to remote areas, which would obviously be a costly and time-consuming process. At this time though, with the PNG economy struggling and government coffers stretched towards their limits, it is difficult to imagine where such resources would come from.

Thank you to UPNG tutor Mr Joseph Pundu for his assistance.

For background and further information, see these earlier posts:

January 24 2018: this detailed post outlines reasons why countries opt for compulsory registration and discusses the challenge of many people in PNG not possessing identification documentation.

April 30 2018: an urgent Supreme Court injunction was granted to the Hon Bryan Kramer, Member for Madang, to prevent the immediate deactivation of SIM cards.

May 15 2018: the Supreme Court injunction expired.