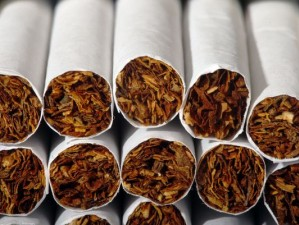 In an accompanying blog post to this one, I highlight the latest evidence on the development challenge that Non-Communicable Diseases (NCDs) pose for low- and middle-income countries. In this post, I’ll discuss the latest findings with respect to tobacco use: a key driver of the rise of NCDs in these countries.

In the March 2015 tobacco-free world issue of The Lancet – arguably the most influential professional journal dealing with global health – researchers find that while the prevalence of tobacco smoking in men has fallen in 125 countries, and in women in 156 countries, there will still be an estimated 1.1 billion current tobacco smokers by 2025. Only 21% of 178 countries globally are projected to be on track to meet the globally agreed target of reducing adult smoking prevalence by 30% between 2010 and 2025 among men. Just under one half (49%) of all countries are projected to reach that target among women. The analysis finds that “countries where the smoking epidemic has not gained a foothold or is in its early stages are mostly in low-income or middle-income countries where tobacco control might not be a top priority because of scarce resources to address pressing health concerns.”

Tobacco control is essential. Tobacco causes or accelerates the incidence of all major NCDs, has no health benefits and imposes large – but largely preventable – costs on health systems and households. The WHO report on NCDs identifies four interventions as “best buys”: defined as “interventions that are very cost-effective that are also high-impact and feasible for implementation even in resource-constrained settings.” These four interventions are: reduce the affordability of tobacco products by increasing tobacco excise taxes; create by law completely smoke-free environments in all indoor workplaces, public places and public transport; warn people of the dangers of tobacco and tobacco smoke through effective health warnings and mass media campaigns; ban all forms of tobacco advertising, promotion and sponsorship.

Significantly raising – and then maintaining in real terms – the price of tobacco through excise duties is a particularly powerful means of reducing tobacco consumption, especially among the poor, who can least afford the adverse health impacts of tobacco. The Council on Foreign Relations report notes that in 2008, Turkey raised cigarette taxes to 81% and banned tobacco advertising and smoking in public. The following year, hospital emergency room admissions in Turkey for smoking-related disease declined by nearly a quarter and smoking rates dropped 16% over three years.

In the The Lancet’s issue on tobacco, Prabhat Jha notes that “global annual cigarette sales rose from 5 trillion sticks in 1990 to about 6 trillion today”. He makes several interesting points about tobacco and taxes, arguing that:

… tripling of the excise tax on tobacco in most lower middle income countries would raise cigarette prices by about 100% and reduce tobacco consumption by about 40%… The industry strategy is to keep any tax hikes below the rate of income growth so that cigarettes remain affordable, and to vary the tax on different cigarettes to enable smokers to switch down to cheaper brands or lengths. Thus, cigarette prices vary by more than ten-fold in China compared with only two-fold in the UK. Global tobacco industry profits of about $50 billion or about $10,000 per death enable industry access to governments, and pricing research and allow interference against tobacco control.

Despite the challenges, there are grounds for optimism. Economic and Health Ministers of the Pacific Islands Forum have recently agreed to make tobacco control one of four key strategies [pdf] to reduce and manage NCDs in the Pacific. In another article in The Lancet, researchers advocate for “a tobacco-free world by 2040 where tobacco is out of sight, out of mind, and out of fashion—yet not prohibited” as a major contribution to reducing NCDs. The article argues that an accelerated target of a tobacco–free world by 2040, especially through increased taxes on tobacco, “meets all the criteria for success for a sustainable development target because the goal is action-oriented, time-bound, concise, relevant, measurable, evidence-based, and easy to communicate.” Low- and middle-income countries have much to gain in health, economic and financial terms by substantially reducing tobacco consumption.