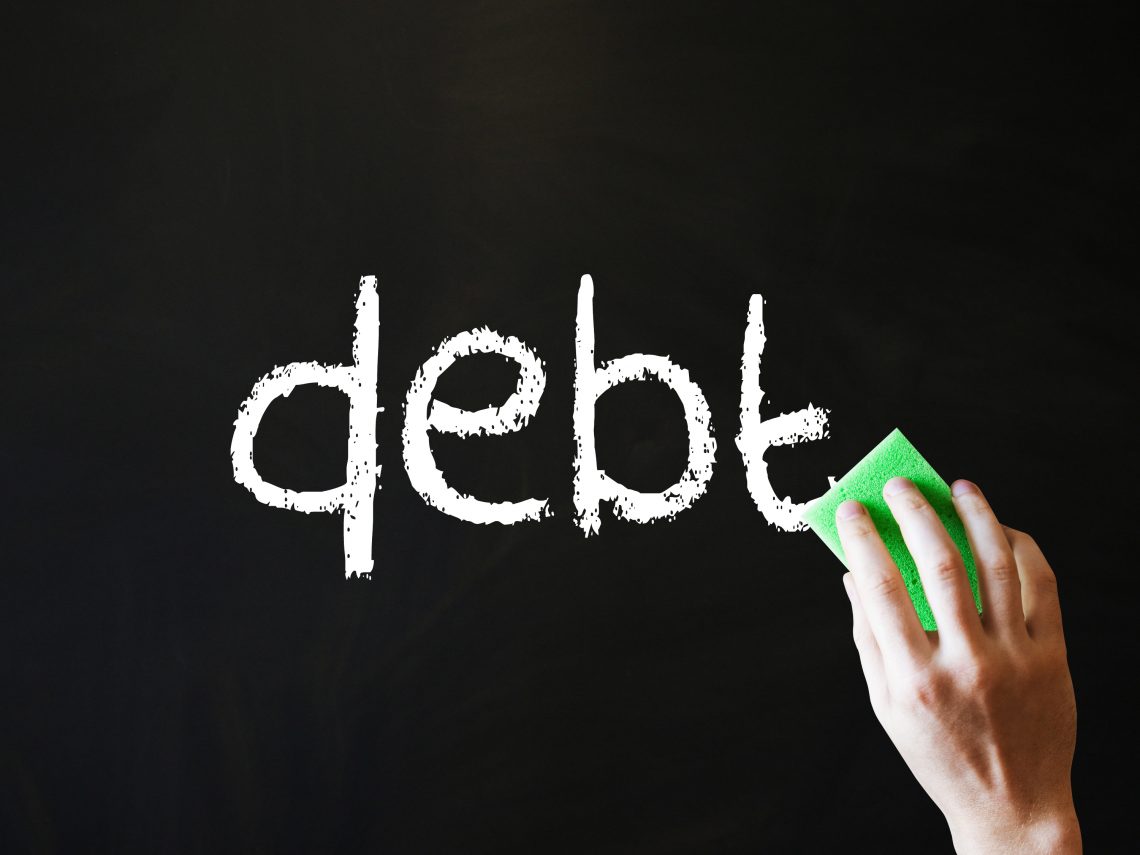 Debt financing without development in PNG

The Papua New Guinea government has spent K33.7 billion on public investment since 2012, in part financed by large deficits. Proponents of the previous government say much has been achieved in terms of infrastructure development, especially compared to earlier conservative governments that ran balanced or surplus budgets. Others counter that many infrastructure developments are only centred around urban areas and have not had a national impact, with no change in rural areas.

When governments borrow for investment it is to create and build productive capacity in the economy and realise returns on the investment. Investment in infrastructure brings quicker benefits while benefits from social investment take much longer.

PNG’s level of debt financing since 2012 is certainly unprecedented in the history of the nation. The government ran large budget deficits starting in 2012. Deficits are financed by borrowing or debt. The central government debt level in 2011 was only K7.2 billion. As the figure below shows, this increased to K33.6 billion, excluding off-budget liabilities, by the end of 2019.

During that period, a total of K33.7 billion was spent on the Public Investment Program (PIP), also known as development expenditure. Borrowing leads to interest payments, and most of the debt PNG has incurred in recent years has been domestic, short term and expensive. Interest payments grew from K400 million in 2011 to K2.15 billion in 2019. This is one of the main reasons for the country’s current cash-flow problems as interest payments are taking funding away from essential goods and services.

No thorough ex-post analysis on the return from government investments has been done. In the absence of a cost-benefit analysis, more general measures of economic performance like gross domestic product and tax revenue can be used to see if the huge public borrowings and capital expenditure are generating a return. 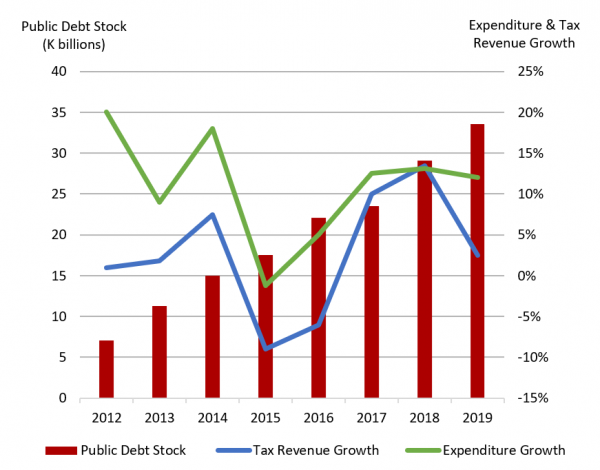 As the figure above shows, government total expenditure has consistently grown faster than government tax revenue since 2012. Expenditure grew at 11% on average each year, but tax revenue grew at only 3% annually on average. In other words, there is no evidence that economic capacity has been created as reflected by growth in the tax base. This, in turn, indicates that PNG’s huge investment has not brought the benefits to justify the borrowing.

Why have we not realised immediate benefits from the significant public investment from huge debt financing over the past five years? There are several obvious reasons:

Going forward, we need to get the basics right. Public institutions, especially those involved in procurement and service delivery, need to be reformed, restructured and realigned to attain higher standards. Elements of corruption, nepotism and systemic weaknesses must be addressed swiftly by adopting corporate governance principles. Stronger laws must be enacted and enforced to punish corruption. The agenda should be to stop wastage, leakages and corruption.

The government must undertake aggressive measures to raise domestic revenue. It is simply becoming too expensive to borrow heavily every year.

PNG needs to invest, but we need to get a better return on our public investments. Reforms rather than more borrowing should be the priority.

Joe Taia Kapa
Joe Taia Kapa is an Economist with the Department of National Planning and Monitoring.